India’s government lifted an export ban on hydroxychloroquine, an anti-malaria drug that President Donald Trump has been aggressively hyping as a potential coronavirus miracle cure, just days after the U.S. president threatened “retaliation” unless India released its supplies.

India, the largest producer of generic drugs in the world, banned the export of hydroxychloroquine “without any exception” on Saturday to ensure domestic supply. The following day, Trump — who has been increasingly touting the medicine as a potential “game changer” in the fight against coronavirus, despite its unproven status — called Indian Prime Minister Narendra Modi and told him if he didn’t allow exports of the drug, India could face consequences.

“I said, ‘We’d appreciate your allowing our supply to come out.’ If he doesn’t allow it to come out, that would be OK, but of course, there may be retaliation. Why wouldn’t there be?” Trump told a press briefing at the White House on Monday.

On Tuesday, Indian government spokesperson Anurag Srivastava said that officials had lifted some restrictions on the export of medical drugs, after confirming the “availability of medicines for all possible contingencies currently envisaged.” Nearly half of the U.S.’s supply of the drug last year came from Indian manufacturers.

Hydroxychloroquine, an inexpensive drug used to treat malaria, rheumatoid arthritis, and lupus, is already being used by some doctors around the world, including in New York, as they scramble to treat a surge of COVID-19 patients. While some have reported encouraging anecdotal results, no conclusive clinical trial has proven the drug is a safe or effective treatment for the virus.

Trump’s enthusiastic pitching of the drug, despite the lack of proof of its effectiveness, has reportedly divided his pandemic taskforce and raised questions about the president’s motivations. The New York Times reported Monday that a number of shareholders and senior executives of drug companies with ties to Trump stood to gain from hydroxychloroquine becoming a standard treatment, while Trump personally had “a small personal financial interest” in Sanofi, a French pharmaceutical company that produces a brand-name version of the drug.

READ: Trump just argued with his top doctor on TV about an untested coronavirus drug

The report also noted that an encouraging French study on the effects of the drug, which has been cited by Trump’s allies, was recently disavowed by the organization that published it. “The article does not meet the society’s expected standard,” the International Society of Antimicrobial Chemotherapy said in a statement on its website Friday.

Medical experts have cautioned that hydroxychloroquine can have dangerous side effects if the dosage is not carefully controlled, and some Swedish hospitals have stopped prescribing the drug to COVID-19 patients after they experienced severe side effects, including cramps, vision loss, and splitting headaches.

In Nigeria, at least two people were hospitalized last month with chloroquine poisoning after Trump touted the drug as a coronavirus treatment. Facebook even deleted a video posted by Brazilian President Jair Bolsonaro that claimed hydroxychloroquine was an effective treatment, deeming it to be potentially dangerous misinformation about the virus.

READ: Nigerians are poisoning themselves with chloroquine after Trump touted it as a coronavirus cure

But the reservations over the unproven drug have done nothing to dampen Trump’s enthusiasm for a pill he described last month as having the potential to be “one of the biggest game changers in the history of medicine,” just hours after its virtues had been touted in a report on Fox News, the president’s favorite news source.

On Sunday, he boasted that the federal government had already stockpiled 29 million doses of the drug, and urged the public to use it. “What do you have to lose?” he said.

Cover: President Donald Trump calls on a reporter to ask a question as he speaks about the coronavirus in the James Brady Press Briefing Room of the White House, Monday, April 6, 2020, in Washington. (AP Photo/Alex Brandon) 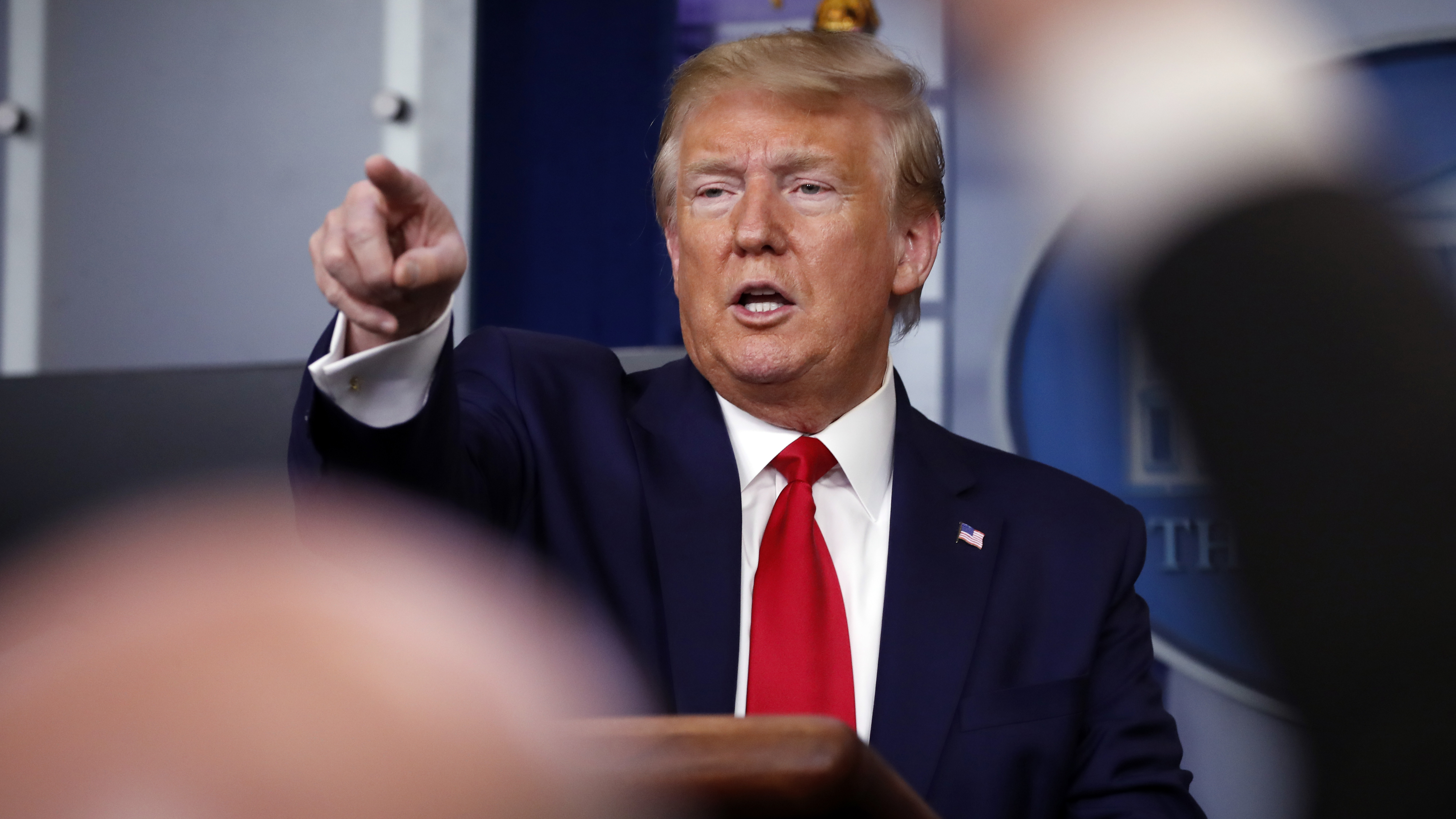