Republicans just forced a dangerous election debacle in Wisconsin rather than relax voting rules. And they’re gearing up to do the same across the country in November.

With the coronavirus pandemic raging, state Republicans worked hand-in-hand with the Republican National Committee to block any changes to make it safer and easier for people to vote. Wisconsin’s overloaded voting system didn’t get mail ballots to many people who’d requested them in time.

Poll workers quit en masse and polling places closed across the state, leading to more overcrowding and longer lines at the remaining voting locations. Attempts by Democratic Gov. Tony Evers (D) to delay the election were blocked by the legislature, while moves to relax onerous voting rules and extended mail voting were struck down by conservative majorities on the U.S. Supreme Court and Wisconsin Supreme Court.

That led to hours-long lines across the state on election day, as voters self-policed their social distancing. Things were especially bleak in Milwaukee, home of most of the state’s African American population and the epicenter of the state’s coronavirus outbreak, where local officials closed all but five of the 180 polling places.

That didn’t bother the GOP. Wisconsin Assembly Speaker Robin Vos (R) insisted in an election-day interview that “you are incredibly safe to go out” to vote — while wearing head-to-toe personal protective equipment including a mask, gloves and gown.

Even more ominous to some Democrats were decisions by the U.S. Supreme Court and as Wisconsin’s supreme court that blocked moves to safeguard voters in the face of a roiling pandemic.

“In Wisconsin, the political branches failed. And the courts didn’t step in to protect voters.”

“In Wisconsin, the political branches failed. And the courts didn’t step in to protect voters,” Elias told VICE News. “That is a big problem for Wisconsin in this election, but it will be an even bigger problem in November.”

Democrats hope Wisconsin’s disastrous election might be a wakeup call for bipartisan efforts to prepare for the fall elections — including a massive expansion of vote by mail, which is still not available in any real way in 16 states including swing-state New Hampshire as well as Texas. Even if other states act, Wisconsin alone could cause a national crisis, as one of a handful of states that are likely to decide the 2020 presidential election.

“What we have seen in Wisconsin over the last few days ought to be a wake up call all across the country to the kind of chaos that we might face as a nation voting in November,” Sen. Ron Wyden (D-Ore.), who is leading the charge on national vote-by-mail legislation, told VICE News.

But for some Republicans, voter suppression and election chaos is a feature and not a bug of the system. Republicans have pushed onerous voter identification laws for years and sought to limit early voting in states across the nation. And President Trump has made it clear he sees expanding voter access as a threat to his reelection chances, pandemic be damned, and is pushing his party to dig in against plans like Wyden’s.

“You’d never have a Republican elected in this country again,” Trump said of efforts to implement vote by mail nationally. And as Wisconsin melted down, he made clear he didn’t want them or anyone else to change things to make mail voting easier in the fall.

“I think mail-in voting is horrible. it’s corrupt,” he declared Tuesday evening. On Wednesday morning, he tweeted this:

Trump’s attacks on mail voting came even though he chose to vote by mail this election.

Voter fraud is exceedingly rare. While a House race had to be rerun in North Carolina last fall after local Republican operatives allegedly stuffed the ballot box with fraudulent votes, the isolated cases of fraud are far outweighed by the number of people who’d be disenfranchised if they can’t get a mail ballot.

“I’m not a huge fan personally of vote by mail — I saw what happened in North Carolina,” said former Kentucky Secretary of State Trey Grayson (R). “However, we need to have an election this year. And we’re in the middle of a pandemic.”

But states need money and time to change their voting systems, a monumentally complex task that involves finding machines to print and count the ballots, passing legislation to change the rules and pay for postage, hiring enough staff to count the ballots, and figuring out ways to make sure in-person voting can also continue on time. The Brennan Center for Justice, a public policy institute at New York University, found in a study that it will cost at least $2 billion nationally to make those reforms. But Republicans allowed only $400 billion in the last coronavirus bill.

While Democrats are agitating for the rest of that money to be included in the next coronavirus legislative package, most Republicans are lining up behind Trump to oppose this. Opposition to mail voting has quickly become the official line of the Republican Party.

Republican National Committee Chairwoman Ronna Romney McDaniel blasted Democrats for wanting to “throw election integrity to the wayside in favor of an all-mail election” that “would vastly expand opportunities for fraud” in a Monday op-ed.

That outright refusal to consider more voting options means what happened in Wisconsin is likely to happen again this fall.

“Wisconsin just stress-tested a situation the country could face this fall if the coronavirus doesn’t get further under control and our political system doesn’t evolve to deal with this new normal,” said Wisconsin GOP strategist Brian Reisinger. 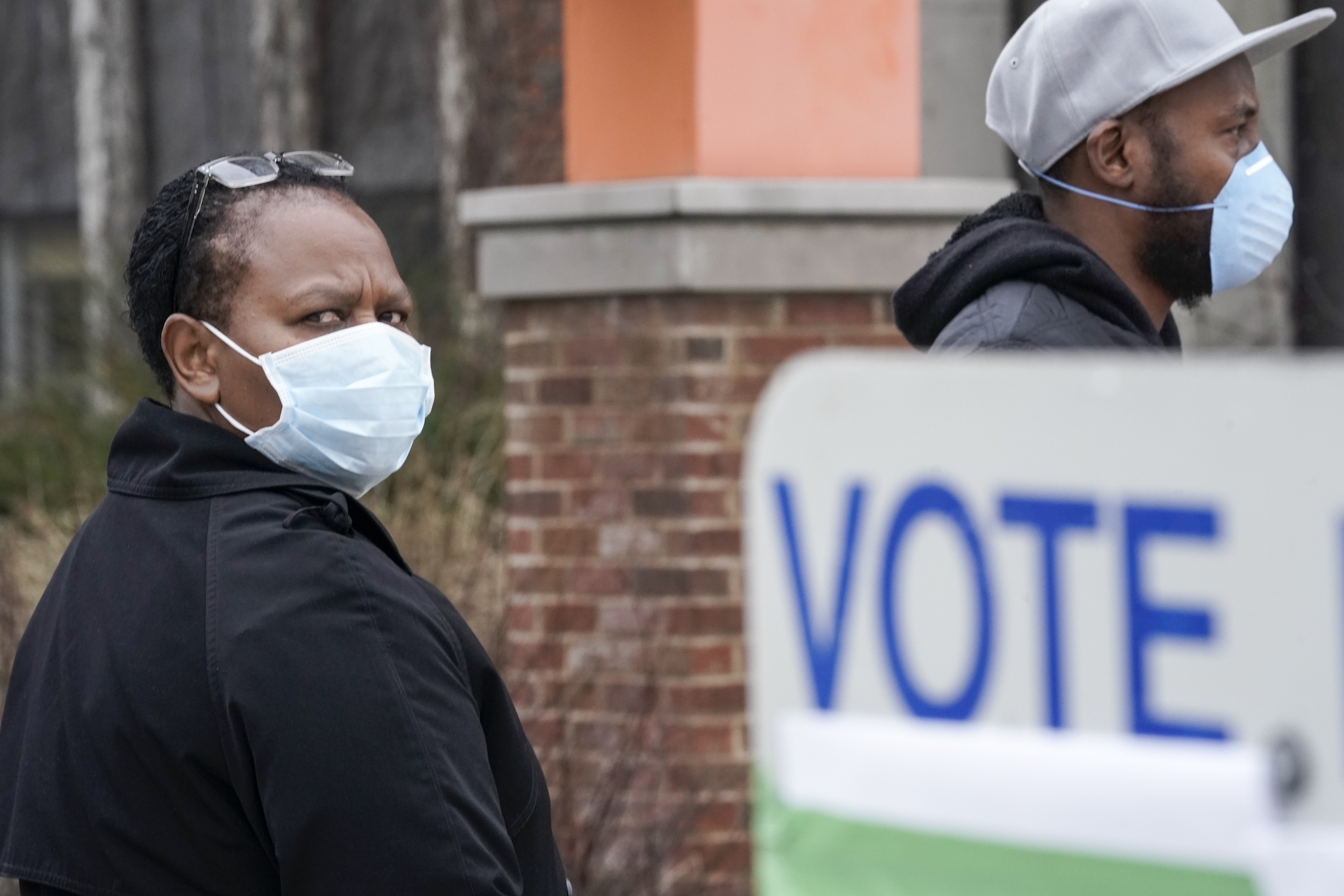 Klarna apologises after backlash over email