In the last week, José, an asylum-seeker from Honduras imprisoned at the Elizabeth Contract Detention Facility in New Jersey, watched as more and more of his fellow detainees fell sick with coughs and fevers.

As their temperatures rose, they were pulled from the dorm by private prison staff wearing full protective suits — “Like they’re getting ready to go to space,” José said. (José asked to withhold his real name for fear of retaliation by ICE or prison officials.)

Seven detainees were removed from his dorm last week, then two more on Tuesday. On Wednesday, ICE reported that seven detainees inside the New Jersey facility had tested positive for COVID-19, part of a spike in confirmed cases that brought the total number in detention centers nationwide from 19 to 35 in two days.

New Jersey is now the epicenter of the pandemic inside ICE detention, with 16 reported cases across four facilities, with the detention center in Elizabeth the hardest hit. The facility, which holds around 300 people and is operated by private prison giant CoreCivic, was the first to report a case when a member of the medical staff tested positive for COVID-19 last month.

ICE detention centers are not prisons; the detainees at this and all other facilities are held solely for civil immigration violations, and although some have criminal records, those are handled separately. ICE therefore has wide discretion to release detainees unilaterally, and for weeks, doctors, lawyers, and advocates have been urging the agency to do just that.

But the vast majority of detainees remain locked up. José hasn’t been told by prison officials about the outbreak. He has no way of knowing whether the seven who were pulled from his dorm last week — one of whom had been sleeping in the cot directly next to his, coughing through the night — were the same who later tested positive.

“They don’t tell us anything,” he said. “They don’t answer any of our questions.”

All he can do is watch what he can only assume is the virus moving through the room where he is stuck spending most of his time.

Now José himself is feeling some isolated symptoms: tightness and pain in his chest and difficulty breathing. “I told them I couldn’t sleep because my chest hurt,” he said. “They checked my temperature and said, ‘You’re fine’.”

Unless his condition worsens, José likely won’t find out whether he’s been infected. “They’re not testing people unless they have a fever,” he added. “And they’re not testing any of the people who came into contact with the ones who got sick.”

José’s dorm has been under a complete lockdown for about five days, with no one allowed to leave for any reason. Before the sick detainees were removed, the dorm housed some 25 people, sleeping in cots spaced about four feet apart. Only now that the number of people has dropped is José sleeping more than six feet away from the next detainee.

“We can’t keep our distance here.”

Even still, it’s difficult not to mingle as the detainees move around the space in the daytime. “We can’t keep our distance here,” said José.

There are telephones inside the dormitory, and the detainees were given a spray bottle of disinfectant to clean them. (“At least, we were told it’s disinfectant,” said José.) They have dispensers with hand soap. Beyond that, they have to buy soap and cleaning supplies from the commissary. And since the dorm was placed in quarantine, deliveries from the commissary — along with deliveries of clean sheets and clothing — have become irregular.

José is comparatively lucky: He is young, and his only health condition is a swollen liver, which he developed while in ICE custody and which he says medical staff have not been able to adequately explain. (There is no evidence tying liver disease to increased risk under COVID-19.)

But by virtue of being an ICE detainee, José is unlucky. He has been in detention ever since he arrived at the U.S. border last fall, fleeing what he described as persecution for protesting the government of Juan Orlando Hernández, the Honduran president who won a second term in what was widely perceived as a fraudulent and unconstitutional election. Hernández is backed by the U.S. government.

“They killed two of my friends that I used to go to protests with,” he said. “The police picked them up, and a week later they turned up beaten to death with their hands and feet tied.”

The Trump administration has used detention aggressively as part of a comprehensive effort to deter asylum seekers. That policy hasn’t changed with the coronavirus pandemic. In fact, the government has cited the pandemic as reason to immediately deport asylum seekers at the border with no due process.

ICE did not respond to a question about whether it continues to bring new detainees into the Elizabeth detention center, potentially exposing them to COVID-19. An agency spokesperson did confirm the outbreak, and said that “Consistent with CDC guidelines, those who have come in contact with the individuals have been cohorted and are being monitored for symptoms.” CoreCivic, the company that runs the detention center, did not respond to a request for comment.

ICE has released around 160 medically vulnerable detainees and identified 600 more for potential release, according to BuzzFeed News. But ICE has more than 35,000 immigrants in custody, and for weeks, thousands of medical and legal professionals have been urging them to release many more, citing a well documented history of poor medical care in detention facilities and a lack of resources to handle a significant outbreak.

Now such an outbreak is here.

“For weeks now, we have been watching the window to protect these detained individuals rapidly closing, and we have been warning the public that they’re in imminent danger,” said Rebecca Gendelman, a legal fellow with Human Rights First who represents migrants at the Elizabeth detention center. “Now we feel that the window is closing, and these people need to be released immediately.”

In the meantime, José and his fellow detainees are desperate for information. ICE has not responded to their inquiries about their legal cases in over two weeks, and guards will not answer their questions about the outbreak.

“We’re all alone in here,” José said. “Things are getting ugly.”

Cover: This Dec. 10, 2008 file photo shows the entrance of the Elizabeth Contract Detention Facility in Elizabeth, N.J., which is run for the government by CoreCivic (formerly CCA), a private prison contractor. (AP Photo/Mel Evans, File) 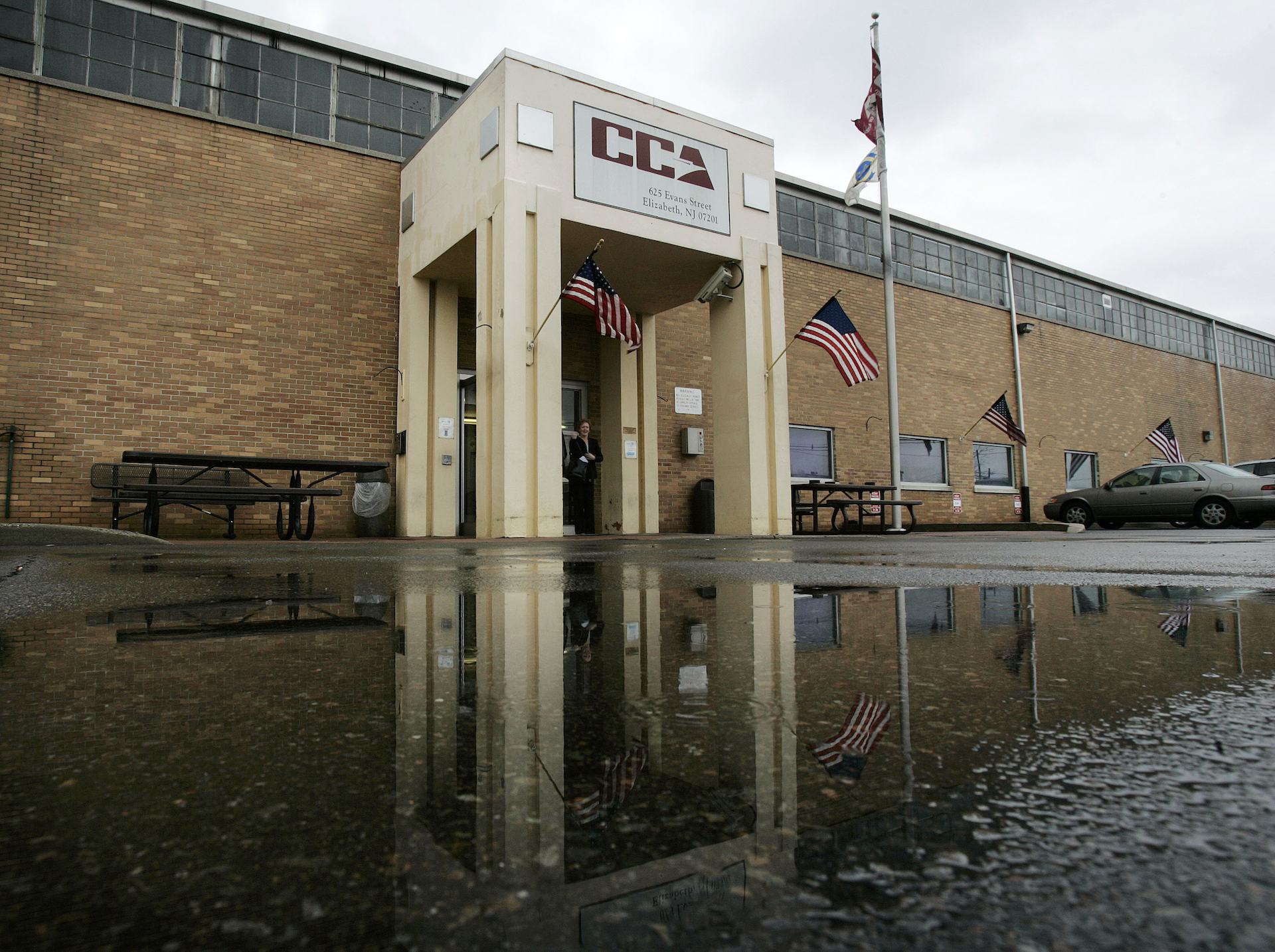 How to Protect Your Personal Data

Vaping and Its Influence on Modern Fashion Trends