With 90% of its emergency medical equipment already distributed to states battling COVID-19, the U.S. is officially approaching the end of its Strategic National Stockpile.

The stockpile, which includes equipment like N95 masks, face shields, and gowns, is now down to just 10%, according to federal documents released by the House Oversight and Reform Committee on Wednesday. Katie McKeogh, a spokesperson for the Department of Health and Human Services, which oversees the stockpile, told the AP that the remaining supplies will be kept on reserve to support federal efforts to fight the virus.

President Trump’s administration has said the national stockpile should only be tapped into when all other options have been exhausted, encouraging states to purchase the supplies themselves. Trump has also failed to use the Defense Production Act, which would force private companies to prioritize the manufacturing of medical supplies, despite calls from local and state leaders like New York Gov. Andrew Cuomo.

“The notion of the federal stockpile was it’s supposed to be our stockpile,” Jared Kushner, the president’s senior adviser and son-in-law, told reporters Thursday. “It’s not supposed to be state stockpiles that they then use.”

Earlier this week, the AP reported that the Trump administration was warned as early as January about the severity of the coronavirus and that the administration squandered a two-month lead that could have been used to reinforce the number of supplies ready to face the virus.

READ: The U.S. Has a Classified Stockpile of Ventilators and Masks, But It Wont’ Save Us From Coronavirus

New York Congresswoman Carolyn Maloney, who serves as the chair of the Oversight and Reform Committee, said the president’s failure to ramp up efforts to fight the virus before the number of cases skyrocketed across the country has been a major factor in the nation’s current predicament.

“The document the Oversight Committee is releasing today shows that the federal government has distributed just a fraction of the personal protective equipment and critical medical supplies that our hospitals and medical first responders urgently need,” Maloney said. “The president failed to bring in FEMA early on, failed to name a national commander for this crisis, and failed to fully utilize the authorities Congress gave him under the Defense Production Act to procure and manage the distribution of critical supplies.”

The shortage of medical supplies has left struggling states battling among themselves and the rest of the world to procure the personal protective equipment that they need on the open market. The demand has already driven up prices for the supplies, endangering the lives of both those hospitalized by the coronavirus and the medical professionals who are treating them.

READ: ‘We’re Literally Just Spraying It With Alcohol:’’ How Doctors and Nurses Are Cleaning Their Masks

The U.S. isn’t the only nation struggling with supply shortages. In both the U.K. and Italy, equipment shortages have forced medical personnel to use cheap and ineffective alternatives like garbage bags as protection against contracting the disease from their patients. 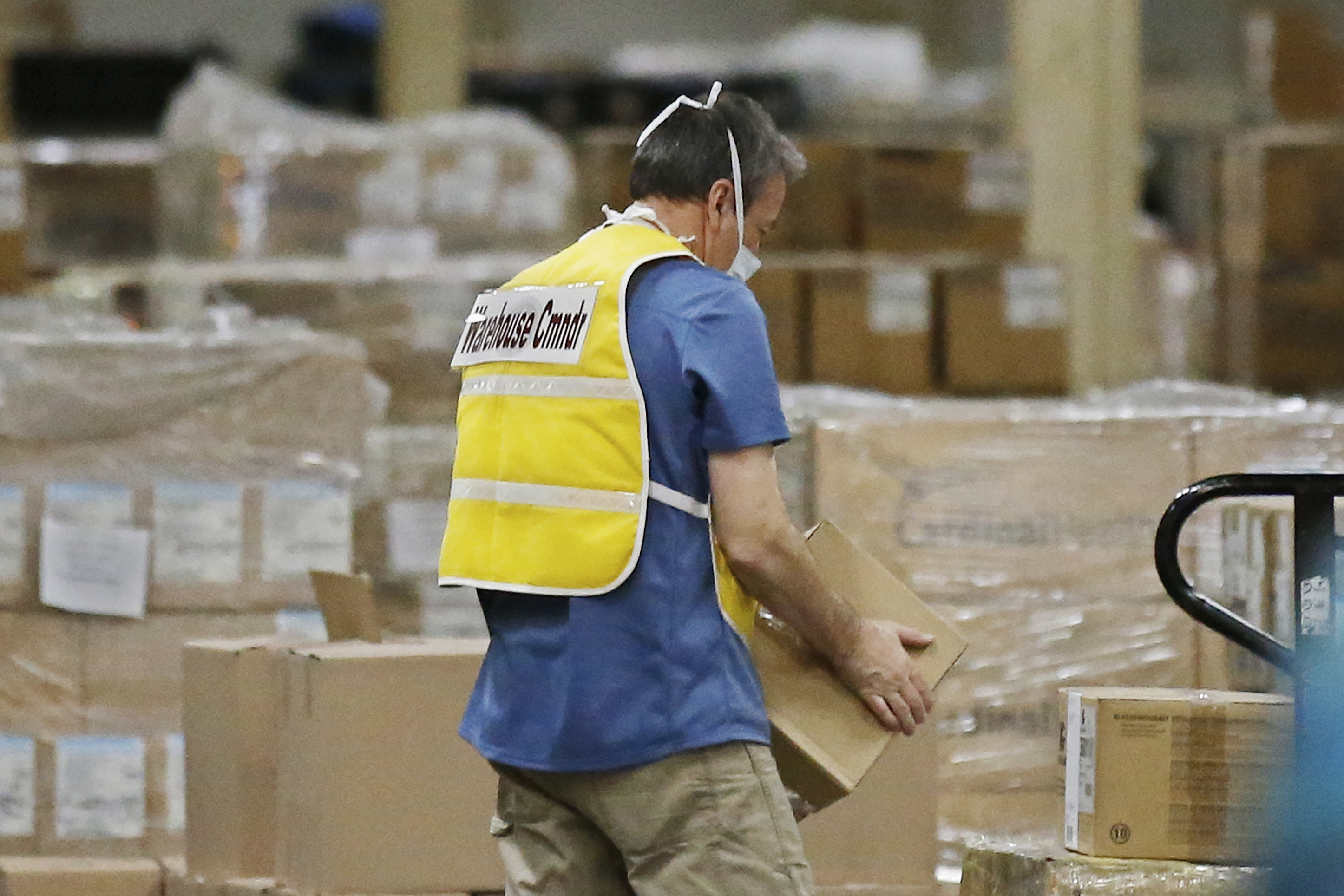 Filing for Unemployment Is a Complete Shitshow Right Now