For those considering a city-break, Bratislava, the coronation city of Hungarian and Austrian kings, offers visitors a royal welcome. The capital of the Slovak Republic was formed in 1993 as a result of the dissolution of Czechoslovakia and the fall of the Czechoslovakian Communist Party, and it offers a fascinating glimpse into a colorful kaleidoscope of history and culture. 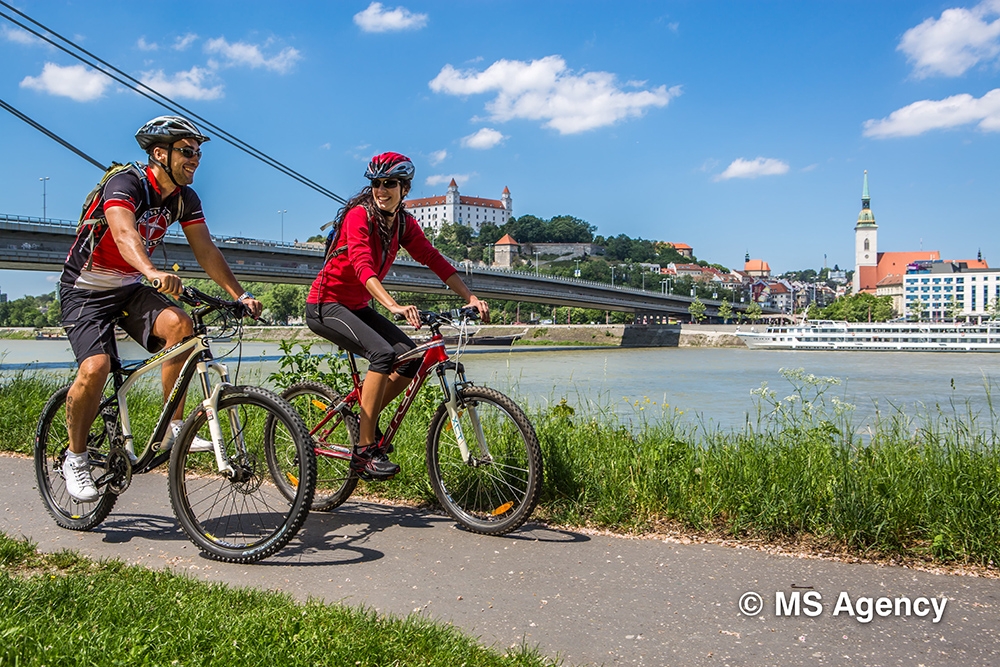 A couple cycling near the Danube riverfront with Bratislava Castle, St

Occupying both banks of the glittering waters of the glorious Danube and the left bank of the Morava River, the Mediaeval Old Town features delightful squares, courtyards and narrow meandering cobblestoned lanes crammed with small cafés, bars and quaint little shops bursting with all manner of trinkets.

I wandered around Bratislava Castle, which is located on a plateau above the Danube. Constructed in the 10th century, when the region was part of the Kingdom of Hungary, the building was converted into a Gothic fortress in 1430 and became a Renaissance castle in 1562. In 1649 it was rebuilt, reflecting the baroque style and became a royal seat during the reign of Queen Maria Theresa, mother of Marie Antoinette. The castle was later destroyed as a result of a fire and was restored to its former splendor during the 1950s. 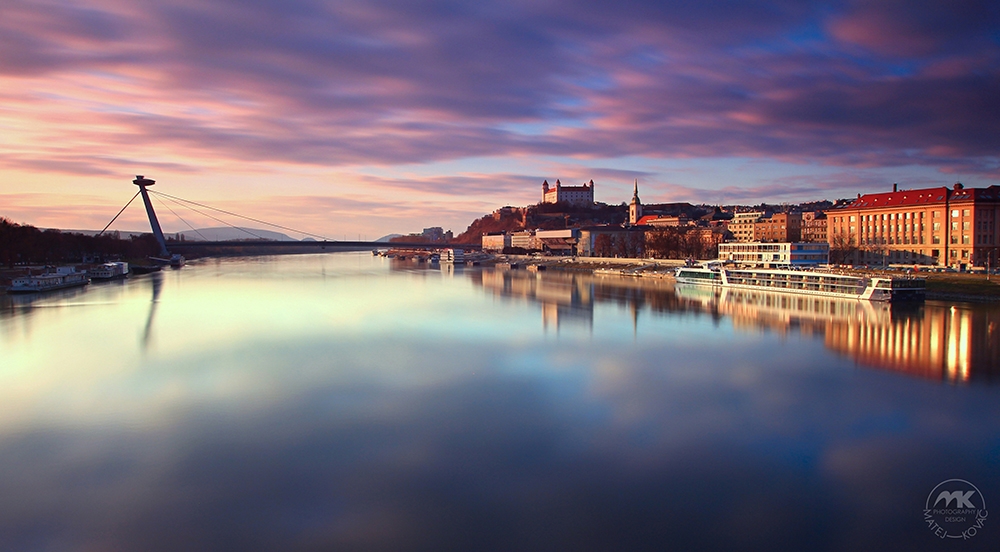 Another popular site is the Primate’s Palace, built between 1778 and 1781; it is a perfect example of the neoclassical period. I took a gentle stroll around the spectacular Hall of Mirrors where, in 1805, Johann I Josef, Prince of Liechtenstein, signed the fourth Peace of Pressburg (Bratislava’s former name) and brought an end to the War of the Third Coalition and hence the Holy Roman Empire. I was mesmerized by the exquisite collection of tapestries, which lay undiscovered until the reconstruction in 1903. The striking tapestries, woven in Mortlake, Surrey, during the 17th century, illustrate the Greek legend of Hero and Leander. 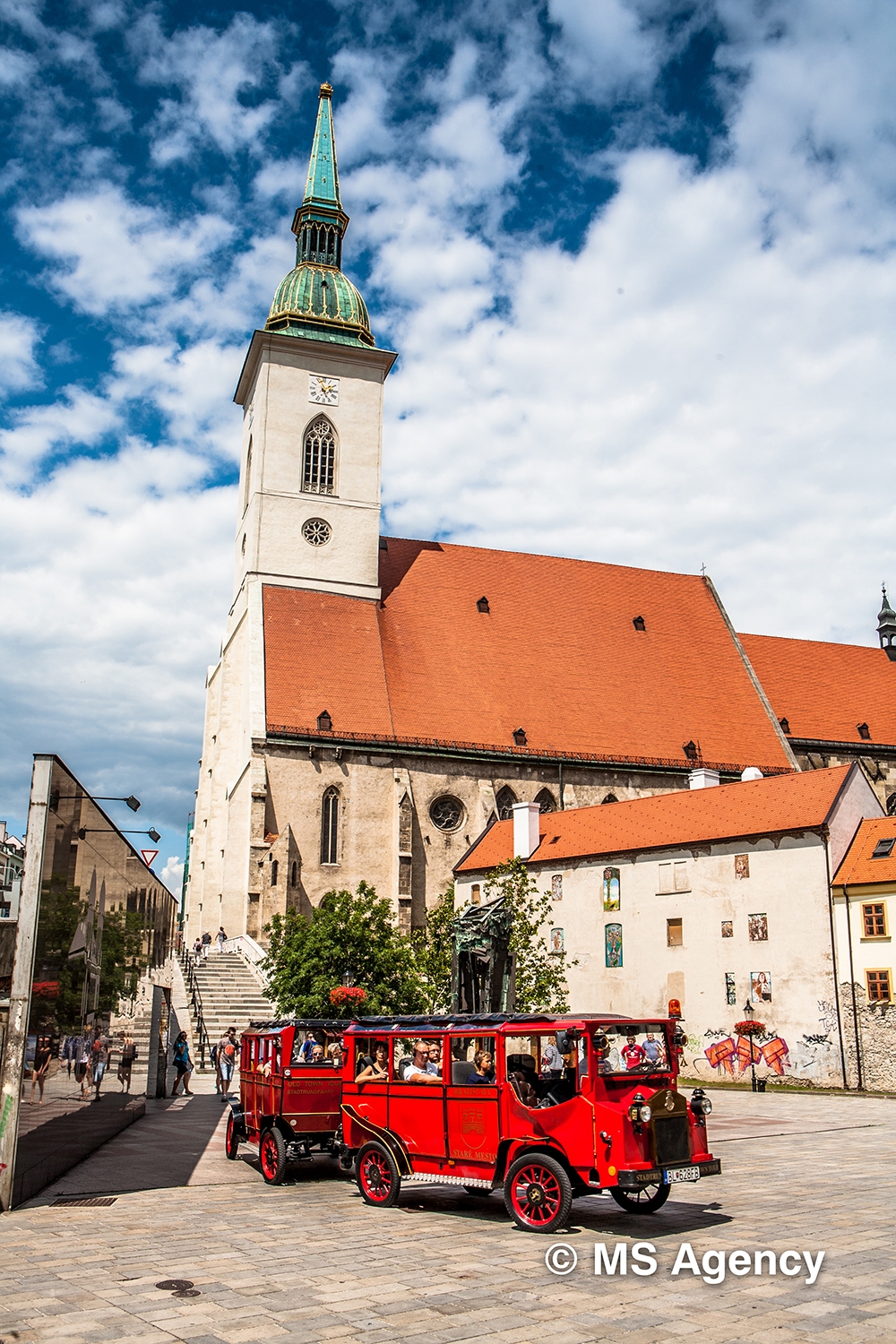 The towering spire of St. Martin’s Cathedral dominates the city and is another site that attracts hordes of visitors. Located below the castle, it is the largest and one of the oldest churches in the city. A splendid example of Gothic architecture, St Martin’s was the coronation church of the Kingdom of Hungary from the 16th century until the 19th century. In 1847 a gold plated replica of the Crown of St Stephen was added to its tower to reflect St Martin’s significance as the Hungarian coronation church and the site of the coronation jewels. These days, the local townsfolk celebrate their history during several coronation festivals held throughout the year, dressing in elaborate elegant robes and re-enacting past events with much merriment and enthusiasm.

To learn more about local history I headed for the Bratislava City Museum in the Old Town. Established in 1868, this museum documents the history of the city and oversees a wide selection of additional museums including the Museum of City History, located in the Old Town Hall, where exhibits include an extensive collection of spellbinding archaeological pieces and historic documents. The Museum of Clocks, another popular attraction, is housed in the Rococo style ‘House of the Good Shepherd’, below Bratislava Castle. The house was built in the 16th century and displays include a captivating collection of antique clocks dating back to the 1600s. 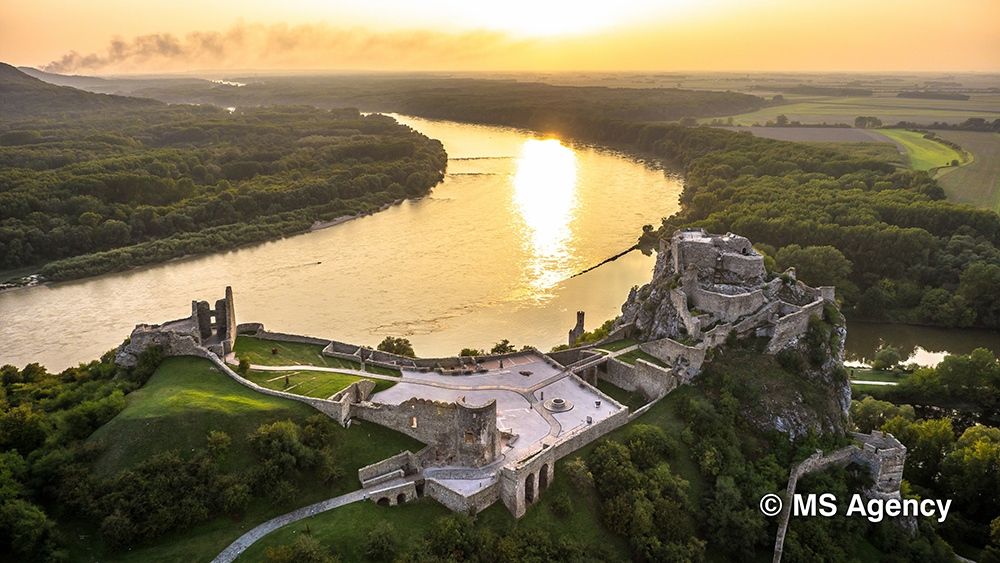 Be sure to take a stroll around the wonderful Mirbach Palace, also in the Old Town. This beautiful palace, built in the Rococo style, dates back to 1768 and houses the Bratislava City Gallery, which features a collection of over 35,000 pieces and I was hypnotized by the exquisite workmanship of many of the exhibits.

A trifle parched, after all that exploration, I stopped off for a half-pint of ale at the Beer Palace, located in the historic Motesicky Palace on Gorky Street. The Pilsner Urquell beer is served straight from the original tanks and is the most popular refreshment on offer. I was easily persuaded to sample the pickled hot peppers stuffed with beer cheese and served with olive oil, garlic, and fresh bread. 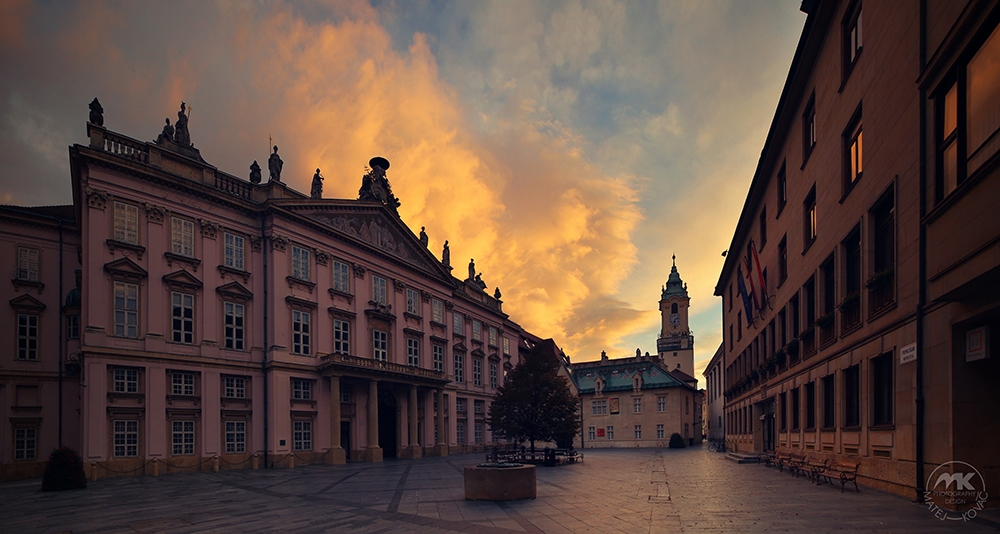 I then made my way to the Slovak National Wine Salon, located only 20 kilometers from the city in the Chateau of Pezinok, a gothic style former water fortress, which dates back to the 1300s. The salon houses 100 of the very best wines, selected from 6 Slovakian wine regions. Visitors are welcome to taste the wines, which can be purchased, and each bottle is accompanied by a certificate detailing the wine’s properties, area of origin, the results of chemical analysis and characteristics; ideal gifts for family and friends. 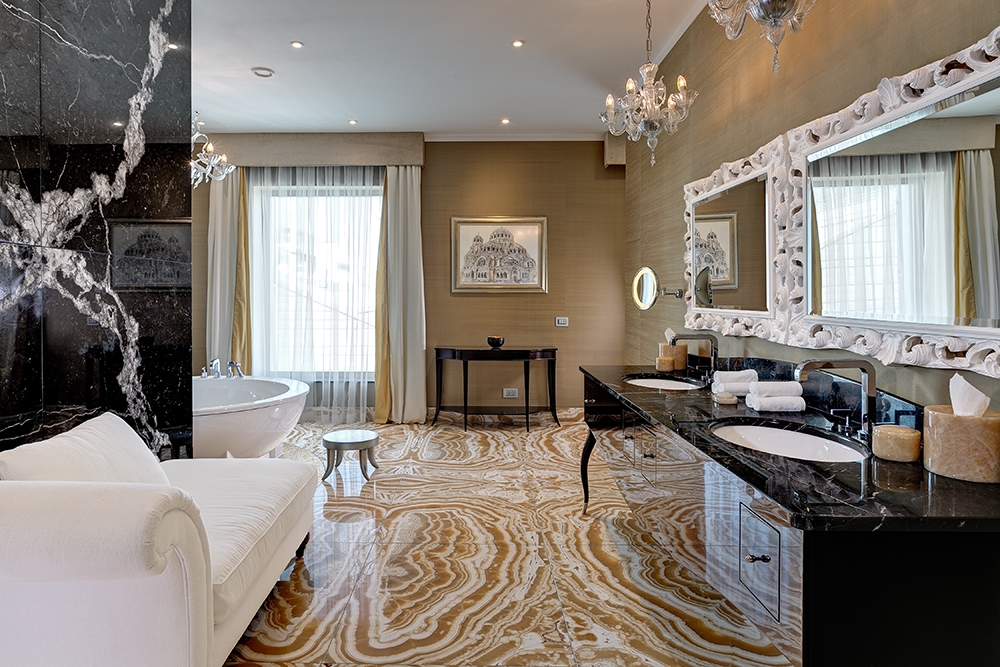 For weary explorers, there is no shortage of places to stay in Bratislava but for those of us partial to a spot of high-end pampering, the Grand Hotel River Park, a Luxury Collection Hotel, is just the ticket. Centrally located downtown on Dvorakovo Nabrezie and right on the banks of the Danube, this hotel offers the highest levels of comfort and service.  Accommodations range from riverside guest rooms measuring 35 square meters to the absolute splendor of the presidential suite measuring 280 square meters of opulent luxury. The large balcony with a clear view over the adjacent Danube is the ideal spot for an evening tipple. Access to the executive lounge is included and guests are welcome to indulge in complimentary midday snacks, hors d’oeuvres, desserts, and non-alcoholic beverages. The separate lounge, sumptuously furnished with plump sofas and soft carpeting offered a welcome retreat from the hustle and bustle of the city and the separate dining room is ideal for those keen to take advantage of the in-room dining service. The hotel also has a first-class spa, which offers full-body massage, facial and body treatments, hand and nail care and a children’s spa menu. Following my morning packed with arduous excursions, I made my way automate your posting-haste to the indoor swimming pool, which features bubble loungers, a Jacuzzi and hydro massage, I promptly fell into a deep slumber and woke up fully rejuvenated and intent on completing my explorations in the city. 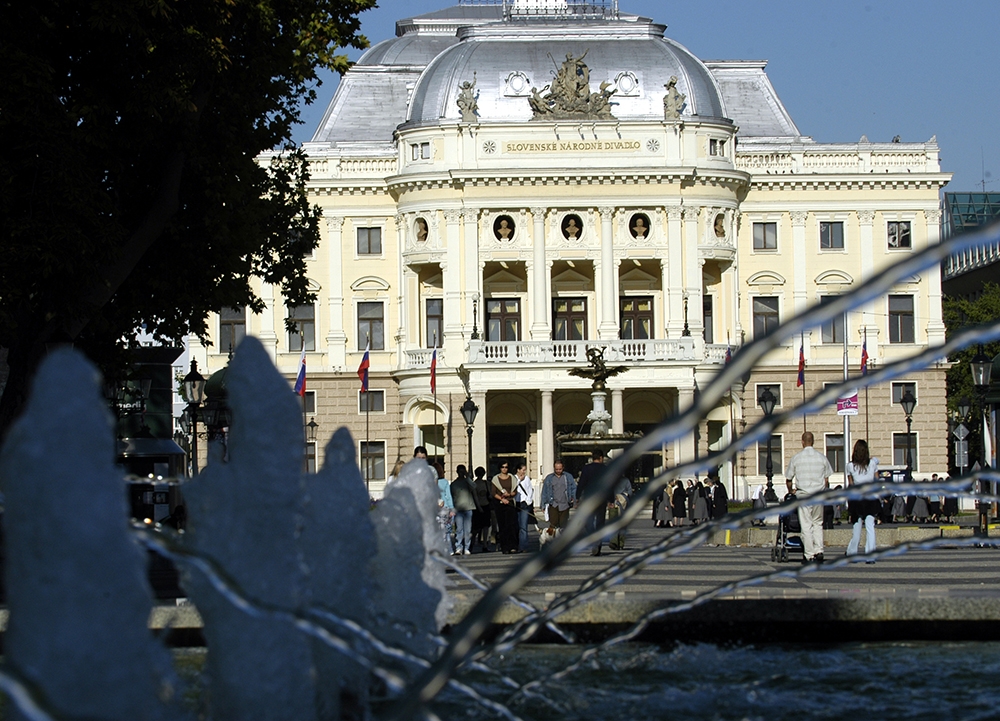 For those with a head for heights, visit the SNP Tower, also known as the UFO, as the structure at the top resembles a huge flying saucer. The tower, perched at the top of the New Bridge, which spans across the Danube between St Martin’s Cathedral and Bratislava Castle, houses a very popular restaurant.  85 meters above the ground, this busy restaurant offers a memorable dining experience. Choose between the tasting menu and the degustation menu, which includes homemade potato dumplings stuffed with duck confit, cabbage marmalade and demi-glace and you’re sure to be tempted by the delicious curd cheese dill tartlet with apricot mousse and a raspberry coulis.  After such a sumptuous feast I needed a breather. Heading for the observation deck, which is 10 meters above the restaurant, and with my head in the clouds, I was richly rewarded with a spectacular sweeping view across the Danube.

Or, for those would rather remain on terra firma, stroll around the cobbled stoned streets of the Old Town; stop off at one of the many cafés; order a horalky, a traditional Slovakian sweet wafer, and a glass of the house wine; and offer a toast to Bratislava, the coronation city with an intriguing past and a very positive future.

Hong Kong: ‘I was tear gassed getting my lunch’

Crossrail could be delayed until autumn 2021