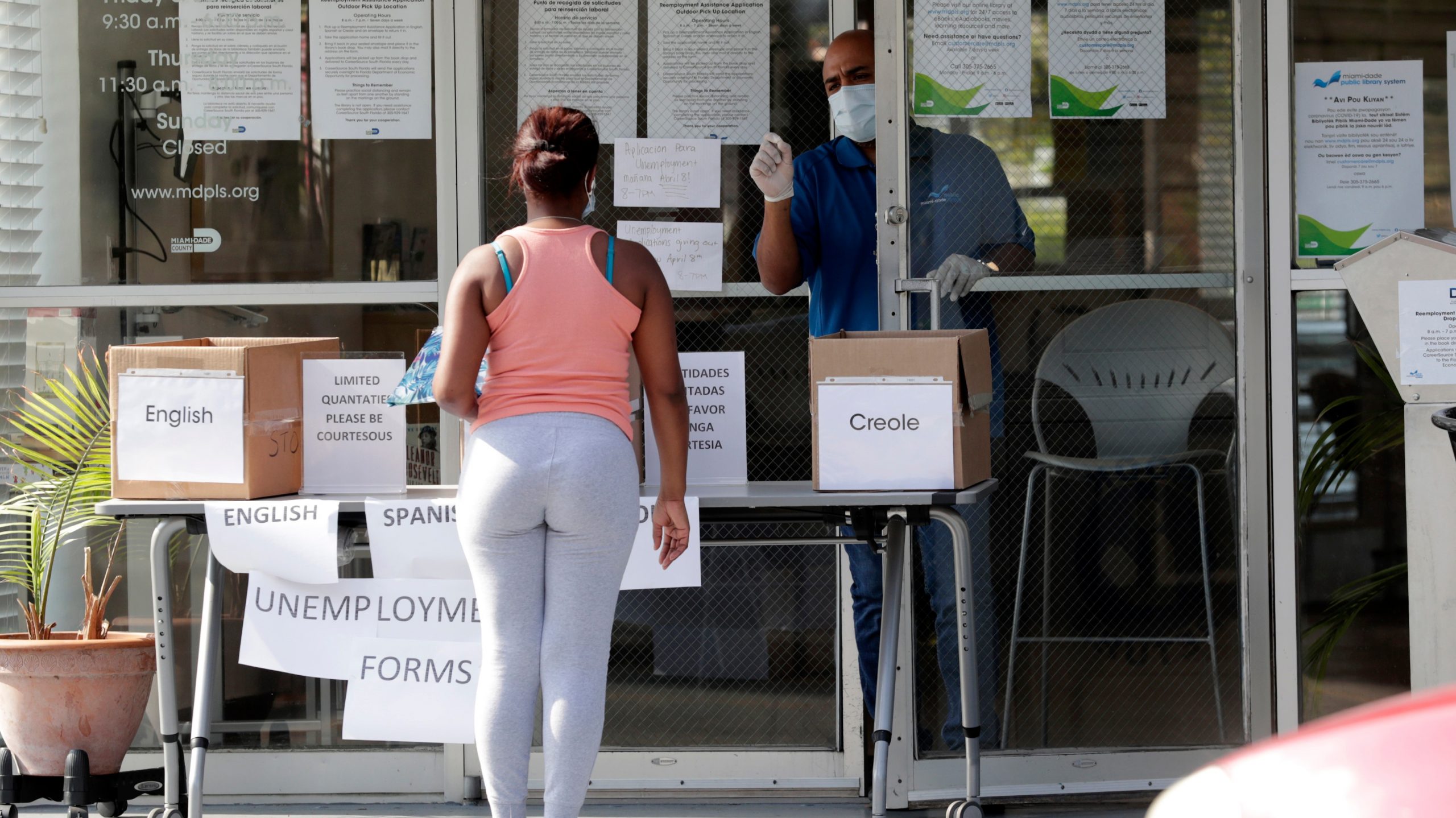 In the last week of March, Floridians trying to file unemployment claims made over 864,000 calls to the state’s unemployment call center, according to the Tampa Bay Times. Just one percent of those calls were answered.

That rock-bottom number is one reason the state recently signed $96 million in contracts with two companies that will provide up to 1,250 call center workers to help field the astronomical volume of calls, according to the Times. Florida also launched a new “mobile friendly” unemployment website this week, after widespread issues with both the website and phone lines led residents to show up at local unemployment offices in person.

Part of the issue is that America’s unemployment systems are severely outdated. New Jersey, Connecticut, and Kansas, for instance, are all using systems that run on the until-recently obsolete COBOL programming language, and so they’re looking for older programmers who know the language to come out of retirement.

New Jersey has seen over 420,000 new claims in the past two weeks, according to the DOL. “We have systems that are 40 years-plus old, and there’ll be lots of postmortems,” New Jersey Gov. Phil Murphy said last weekend. “And one of them on our list will be how did we get here where we literally needed COBOL programmers?”

Another problem is that the systems in place simply weren’t built to handle hundreds of thousands of new claims at one time, and as a result, many newly-unemployed people haven’t been able to file claims successfully.

“There are many who have not been able to get through on the phones or who have been deemed ineligible for regular unemployment insurance, and we know how frustrating that must be,” Washington state employment security head Susan LeVine said yesterday, pleading with the state’s new unemployed to use the website and follow a checklist.

READ: Filing for unemployment is a complete shitshow right now

Although the federal government’s coronavirus relief packages have allocated money to help states handle the unemployment claims, including $1 billion in the Families First Coronavirus Response Act signed into law March 18, less than half of the money allotted in the $2.2 trillion stimulus to help states with administrative costs has been distributed, DOL officials told Politico yesterday.

Asked this week about the problems Illinois residents were having with getting unemployment checks, and if there was federal help on the way, Gov. J.B. Pritkzer was dismissive.

“We can’t get federal help,” Pritzker said, according to Politico. “We’re barely getting federal help for everything else we need for personnel, and right now, it’s all focused on the medical staffing and healthcare professionals.”

As for Floridians, it appears a lot of them will have to wait. At the beginning of this week, state Department of Economic Opportunity head Ken Lawson said there were more than 560,000 outstanding unemployment applications, the Tampa Bay Times reported.

Cover: In this Wednesday, April 8, 2020 photo, Harry Varela, right, wears a protective mask as he talks with a woman requesting an unemployment form at a Miami-Dade County library during the new coronavirus pandemic in Miami. Pressure has mounted on Florida Gov. Ron DeSantis to make jobless benefits retroactive as the state’s newly unemployed continued to be mired in an unemployment system riddled with glitches and uncertainty. (AP Photo/Lynne Sladky) 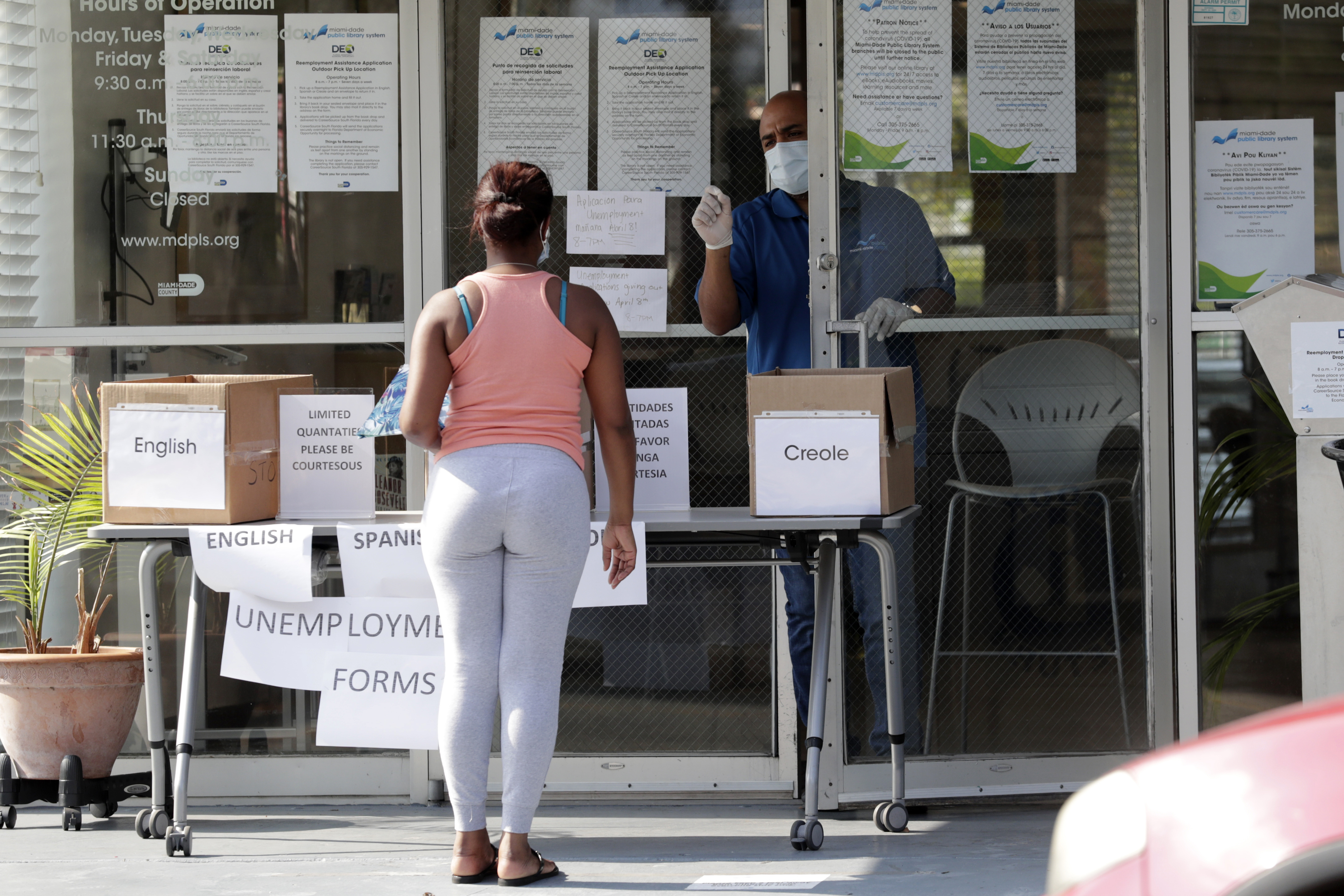 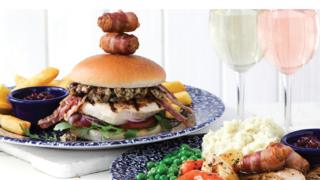 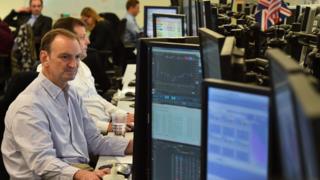 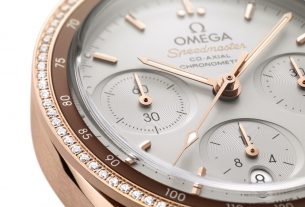