Francesca Cartier Brickell’s book, ‘The Cartiers,’ talks about the brand’s humble beginnings and how it went on to become a jewelry empire, life, war and much more. Ten years ago, on her grandfather’s 90th birthday, at his home in the South of France, the family gathered to celebrate with him. The quest for a “special bottle of champagne” that her grandfather asked her to fetch led Francesca to explore the cellar – and that’s where she discovered a “battered old trunk with hundreds of long-lost letters, dating back over a century.”

Francesca explains why this was a story that deserved to be told:

What led you to study at the Gemological Institute of America (GIA)?
My grandfather, Jean-Jacques Cartier, was a real gem expert, like his grandfather, Alfred Cartier had been, and hearing him talk about precious stones with almost reverential awe was inspiring. Also, to write about Cartier’s history, I wanted to understand – from a gemological perspective as well as a historical one – why many of the gems my ancestors had bought and sold were considered to be so special.

Would you recall for us anecdotes that your grandfather told you?
Oh! there were so many – the way his father, Jacques, and two uncles, Louis and Pierre, would drop anything when one of their brothers’ called on them – much to the irritation of their wives! The way his grandfather, Alfred Cartier, had this special technique for ensuring he was always shown the best gemstones before his peers (I write about that in my book) and the way his great-grandfather, Louis-Francois Cartier, the firm’s founder, had started from an incredibly poor background but with an absolute passion for learning and knowledge. My grandfather told me so many wonderful stories over the lunch table and I used to sit there completely fascinated, so the motivation for the book was that I didn’t want those stories to be forgotten. 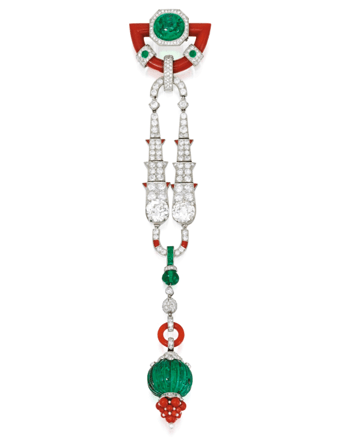 The Cartiers were known for their forward-thinking decisions and their ability to grasp opportunities. Could you reflect on a few significant strategies?
It often struck me how forward-thinking the Cartiers were when it came to business. Their decision to not only travel overseas to meet clients on their home turf (whether that be the Maharajas in India or Romanovs in Russia in the early 20th century) but also to open branches in other international cities at a time when Paris was widely considered the capital of the cultural world, was unconventional but brilliant. Today, globalization is a part of many companies’ business strategies but when Pierre wrote to his brother Jacques from New York during WWI, “We will start French luxury in New York!”, he was among the first of his French peers to make the move across the Atlantic. As a result, when their historically wealthy client base in France, England, and Russia were reeling after the devastation of the first world war and the Russian revolution, the Cartiers already had a foothold in America, where the roaring 20s would offer the perfect backdrop for their growing business. Later, in the 1930s, when the Great Depression proved terrible for business in America, the Cartier brothers could again count on the benefits of international diversification as the lack of big American orders loyal custom was offset by enormous commissions from the Indian maharajas and the English aristocracy, as they prepared for the 1936 coronation of George VI in England.

Tell us the fascinating story of how Cartier came to acquire the Fifth Avenue mansion.
It must count among the best deals of the century. Pierre Cartier, the middle brother was a born salesman. He not only sold the notoriously cursed Hope diamond (now in the Smithsonian valued at $350m) but he also exchanged a pearl necklace for a townhouse. The story goes that a young bride, Maisie Plant, fell for the double-stranded pearl necklace as soon as she saw it in Cartier’s showroom in 1916 and that her much older doting husband, Morton Plant, was simply determined that she should have it. He was considering selling his Fifth Avenue townhouse at the time (because Fifth Avenue was becoming too commercial for his liking) and as both the necklace and the building were valued at around a million dollars, Pierre ingeniously suggested a swap. Later, when the necklace was sold three decades later; its value had plummeted to $150,000 (thanks – or no thanks – to the arrival of cultured pearls on the scene), while the townhouse remains Cartier’s New York Headquarters today.

On a side note, how did you juggle family, travel, and research for around 10 years?
Well, in the first part of that decade, I was also bringing up small children, so the research work wasn’t full time. I would rush to the British Library, while they were at nursery. Holidays with the family were often centered around where I needed to go and research something or meet someone connected to the past. They were dragged around cities in their buggies, as I tracked down addresses from faded envelopes. Over the past couple of years, when I have been converting all those years of research into writing the book, it has been much more full-on and my children have learned to be incredibly patient with me!

For details about the book, visit www.the-cartiers.com