The U.S. became the world leader in coronavirus fatalities on Saturday, as its daily death toll continues to rise. On Friday, it surged past 2000, the highest one-day death toll since the start of the pandemic in the U.S.

John Hopkins University reports that 2,108 people died in the last 24 hours in the U.S., more than doubling Italy’s staggering one-day death toll high of 919 according to the BBC.

The U.S. arrived at this grim milestone as the number of infections in the country reached 501,615, meaning the U.S. now has the highest number of confirmed cases in the world. Several states across the U.S. have been hit particularly hard by the coronavirus outbreak: New York, New Jersey, Michigan, and California have seen the highest number of cases so far.

On Friday, Dr. Chris Murray, the director of the Institute for Health Metrics and Evaluation at the University of Washington, said that the U.S. is likely seeing the peak of the outbreak.

“We re-run the model, basically, almost every night — and the new returns from different states are suggesting different peaks in different states,” Murray told CNN. “But at the national level, we seem to be pretty much close to the peak.”

During a press conference at the White House yesterday, President Donald Trump said that the death toll in the U.S. is not likely to hit early projections of 100,000 thanks to preventive measures like social distancing.

Despite the high hopes for the outbreak here in the U.S., Dr. Anthony Fauci cautioned that it is far too early to open up the country in an interview with CNN Friday.

“The one thing you don’t want to do is you don’t want to get out there prematurely and then wind up backtracking,” he said. “When we decide, at a proper time, when we’re going to be relaxing some of the restrictions, there’s no doubt you’re going to see cases. The question is how you respond to them.”

Cover: In this April 1, 2020, photo the interior of the TCF Center with temporary hospital rooms is seen inside the convention center in Detroit. (AP Photo/Carlos Osorio) 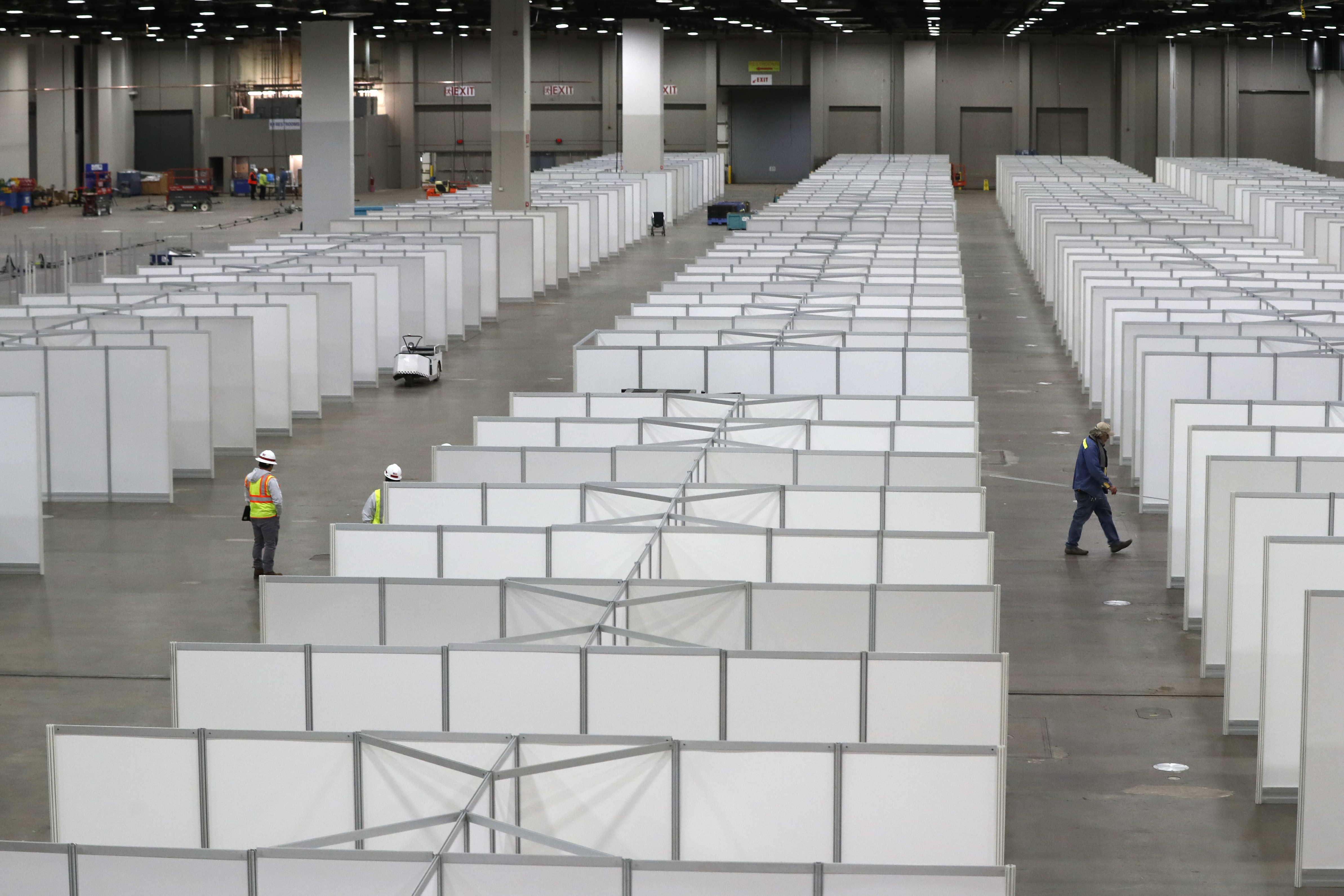 Coronavirus: Shoppers stock up on alcohol amid lockdown