U.K. Prime Minister Boris Johnson was released from a hospital Sunday after spending a week battling COVID-19 there, a Downing Street spokesperson said.

Johnson was admitted to St. Thomas’ Hospital in London last Sunday and transferred a day later to the intensive care unit, where he received “standard oxygen treatment,” a spokesperson for Johnson told CNN. He was never put on a ventilator through intubation.

Despite Johnson’s improvement, he won’t be returning to work quite yet. Instead, he’ll recuperate in the U.K. prime minister’s official country estate, Chequers. Foreign Secretary Dominic Raab, who was deputized to run the government when Johnson was moved to an ICU, will remain in charge for the moment.

Johnson first announced that he was positive for the coronavirus on March 27. Initially, he experienced only what he called “mild symptoms” — but 10 days later, he ended up in the hospital in what Downing Street said was a “precautionary step.”

In a series of tweets, Johnson’s fiance, Carrie Symonds, thanked the United Kingdom’s National Health Service and the hospital that treated Johnson.

“There were times last week that were very dark indeed,” Symonds tweeted. “My heart goes out to all those in similar situations, worried sick about their loved ones.”

Symonds, who is pregnant, has been self-isolated with coronavirus symptoms but has not been tested, the BBC reported.

In early March, before his diagnosis, Johnson declared that the coronavirus wouldn’t keep him from shaking people’s hands — and said he’d even shaken the hands of “everybody” at a hospital where coronavirus patients were being treated.

“Our judgment is washing your hands is the crucial thing,” he said, at the time.

As of Sunday morning, the United Kingdom has had nearly 80,000 confirmed cases of the coronavirus, and more than 9,800 people have died of COVID-19 there.

Cover: Britain’s Prime Minister Boris Johnson after speaking outside 10 Downing Street in London on Friday, Dec. 13, 2019. Boris Johnson’s gamble on early elections paid off as voters gave the UK prime minister a commanding majority to take the country out of the European Union by the end of January, a decisive result after more than three years of stalemate over Brexit. (AP Photo/Alberto Pezzali) 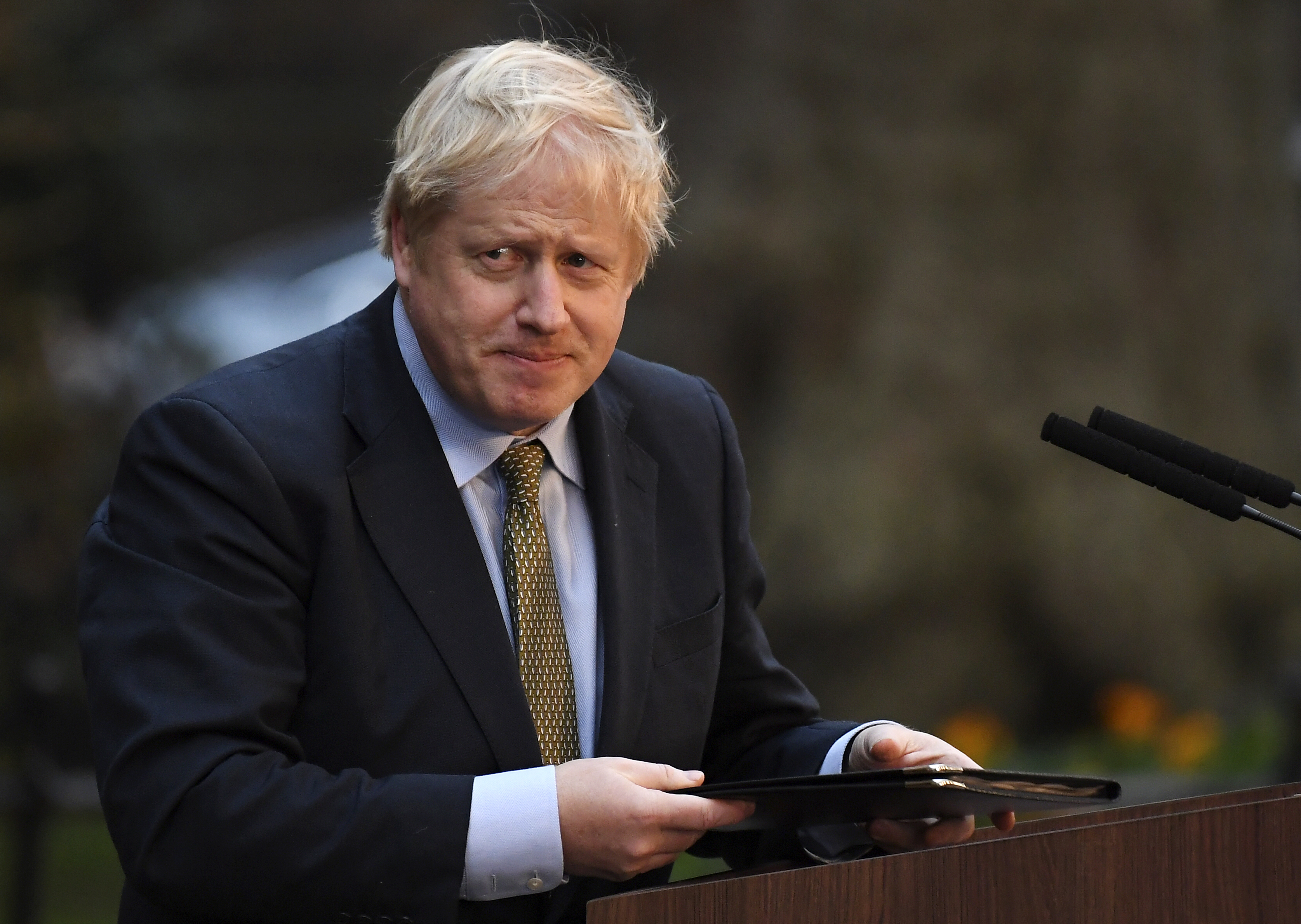 Private aviation facts and fiction in the midst of coronavirus