Dilshad Muhamud returned from the hospital to his home in the village of Bangarh in the northern Indian state of Himachal Pradesh on Saturday evening with good news: He did not have COVID-19, the sometimes deadly disease caused by the novel coronavirus.

Nevertheless, hours later, he took his own life.

His family claims the 34-year-old dairy farmer killed himself because his neighbors believed he had the disease and taunted and threatened him for spreading it around the village. The rumors started after Muhamud met two missionaries from a Sunni Muslim community group called Tablighi Jamaat when 1,400 members of the group from around the world met in New Delhi in March.

Several members of that group were later found to have the coronavirus.

That meeting and the revelation that members of the group tested positive for coronavirus was the spark that kickstarted a virulent hate speech campaign online that has seen far-right Hindu nationalists weaponize Facebook and Twitter to attack and threaten Muslims in India.

That campaign, baseless and hateful, claims that Muslims are purposely infecting swathes of the Indian population. The campaign uses hashtags like #CoronaJihad, #CrushTablighiSpitters, #MuslimMeaningTerrorist, and #BioJihad on platforms like Facebook and Twitter. The posts are being shared with hundreds of millions of people by supporters of Prime Minister Narendra Modi and his political party.

The police are investigating Muhamud’s death, and say they will “take legal action against those who taunted him.” But activists believe that Muhamud’s death is linked to the much wider campaign of hate against Muslims.

The campaign shows how fears about the spread of the coronavirus have merged with longstanding Islamophobia in India, putting the lives of India’s 200 million Muslims at risk. Activists in India say they have been flagging the issue with both Facebook and Twitter for weeks, but that very little has been done to stop the spread of the hate speech.

“I really don’t think that any of the platforms have an excuse because it’d be one thing if they were inundated like everybody else, wondering what’s happening, but they’ve been receiving reports of many of these individual pages and individual handles and this content way before this,” Thenmozhi Soundararajan, the executive director of Equality Labs, a South Asian community technology organization, told VICE News. “And the response has not been appropriate given the gravity and the danger of the speech.”

Modi and the ruling Hindu-nationalist Bharatiya Janata Party (BJP) have been fomenting anti-Muslim sentiment for some time, but the current wave of Islamophobia began after authorities pinpointed the Tablighi Jamaat meeting in early March as a source of many infections in India.

Unbeknownst to the group, a number of the missionaries were already infected with coronavirus and helped spread it when they traveled across India.

Now, some of the same right-wing figures who used social media to amplify attacks on the Muslim community during last year’s controversy over the Citizenship Amendment Act, which granted non-Muslim immigrants to India citizenship, are using the Tablighi Jamaat meeting to claim that Muslims are purposely spreading coronavirus across the country.

In addition to hashtags, fake videos purporting to show Muslims purposely sneezing on people are being shared widely on Twitter and Facebook.

One of the most popular videos being shared claims to show a Muslim man intentionally coughing on somebody. One tweet showing the video was retweeted more than 4,300 times before it was removed. The account that posted it, however, remains active, posting obviously anti-Muslim content.

The video, of course, is fake, and was filmed in Thailand long before the pandemic began, but that didn’t stop the videos being shared by verified accounts linked to the BJP.

The hateful accusations against India’s Muslim population have been shared by BJP officials, national television channels and journalists aligned with the government.

Analysis by Equality Labs shows that the groups sharing the anti-Muslim hashtags on Facebook are supporters of Modi and the BJP, or groups related to the Rashtriya Swayamsevak Sangh (RSS), a Hindu nationalist paramilitary volunteer organization.

“I was disturbed at how partisan this push was at a time when the country needs unity,” Soundararajan said. “Modi has a direct responsibility to address this hate speech and disinformation campaign as it is literally being done under his name.”

According to data from the social media monitoring tool CrowdTangle, between March 29 and April 3 the #coronajihad hashtag alone has had over 249,733 interactions on Facebook.

When asked about the campaigns and its response, Twitter said it had expanded its hate speech rules around the COVID-19 pandemic, but didn’t say what action specifically it had taken about the Islamophobic content being shared in India.

Facebook said it had removed a number of hashtags flagged by Equality Labs, and searches on the platform for #coronajihad and several other hashtags did not return results on Friday morning — but there are many other similar hashtags still in use on Facebook.

READ: Facebook in India is drowning in anti-Muslim hate speech

For example, VICE News found a video, tagged with the #biojihad hashtag, that claims Muslims are spreading the coronavirus using infected money.

Modi, the BJP, and its social media army have been leveraging the power of social media for years to cement its position as the most popular party in the country and to push anti-Muslim sentiment.

The BJP has become adept at hiding its behavior to give the party and the prime minister plausible deniability. But there are signs the social media attacks on Muslims in recent weeks were coordinated.

Facebook would not comment on the partisan nature of the attacks, but a source inside the company who was not authorized to speak on the record confirmed the social media giant is investigating the possibility the attacks are part of a coordinated effort.

“I can’t say if it’s coordinated, inauthentic behavior,” Soundarajan said, referring to the possible use of bots. “But it is definitely coordinated because you can see that posts are being done within the same time.”

Cover: Muslim pilgrims walk towards a bus that will take them to a quarantine facility, amid concerns over the spread of the new coronavirus, at the Nizamuddin area of New Delhi, India, Tuesday, March 31, 2020. (AP Photo/Manish Swarup) 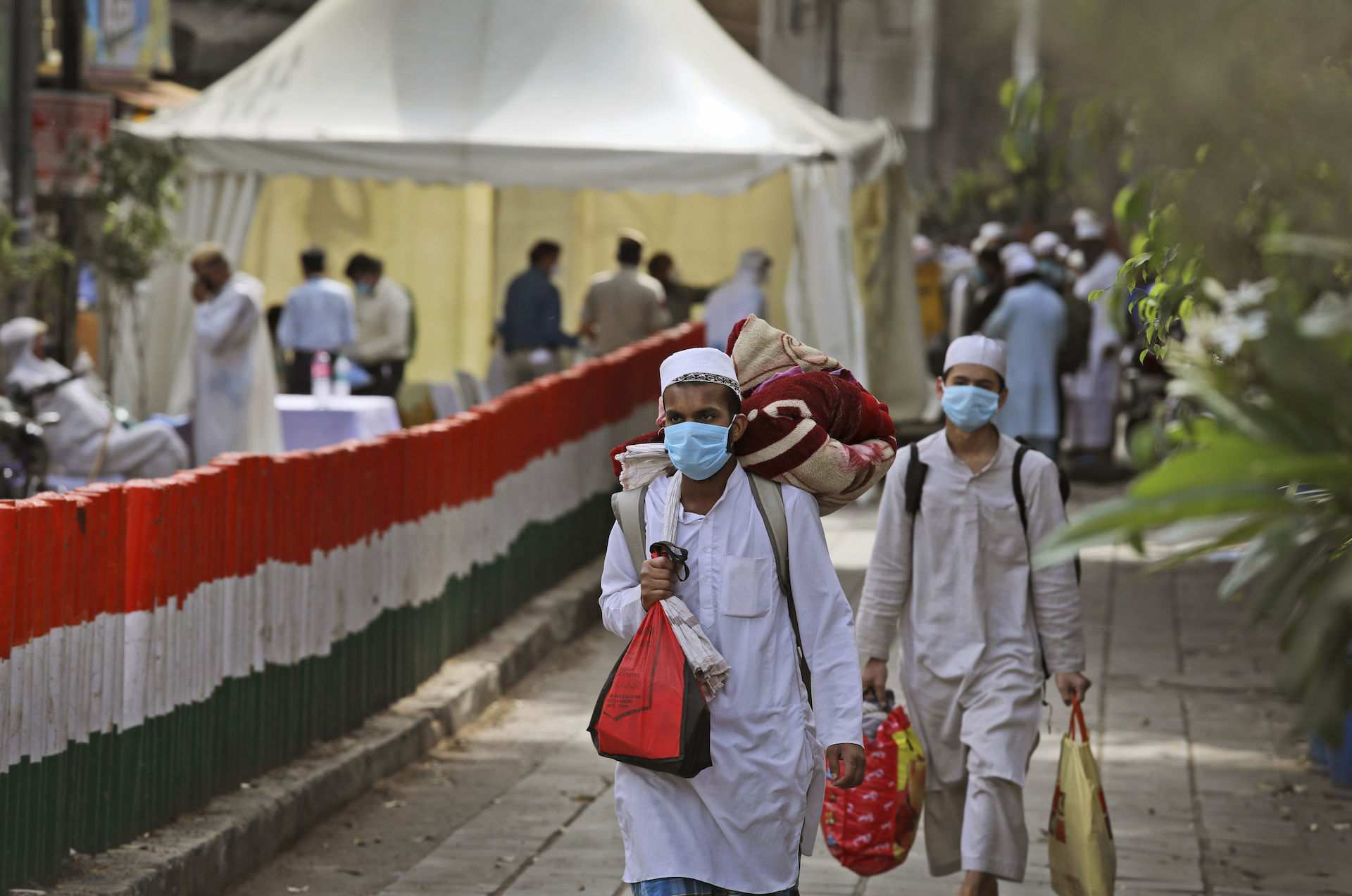 Tesla downgraded Model 3 chip in China thanks to coronavirus