Inspired by Aston Martin’s own DBR1 race car, that won the 1959 24 Hours of Le Mans, and its CC100 concept from 2013, which celebrated its centenary, the limited-edition V12 Speedster carries a hefty price tag of £765,000. The two-seat twin-turbo V12 sportscar that pumps out 690 horsepower was unveiled at Aston Martin’s Gaydon headquarters this past March. 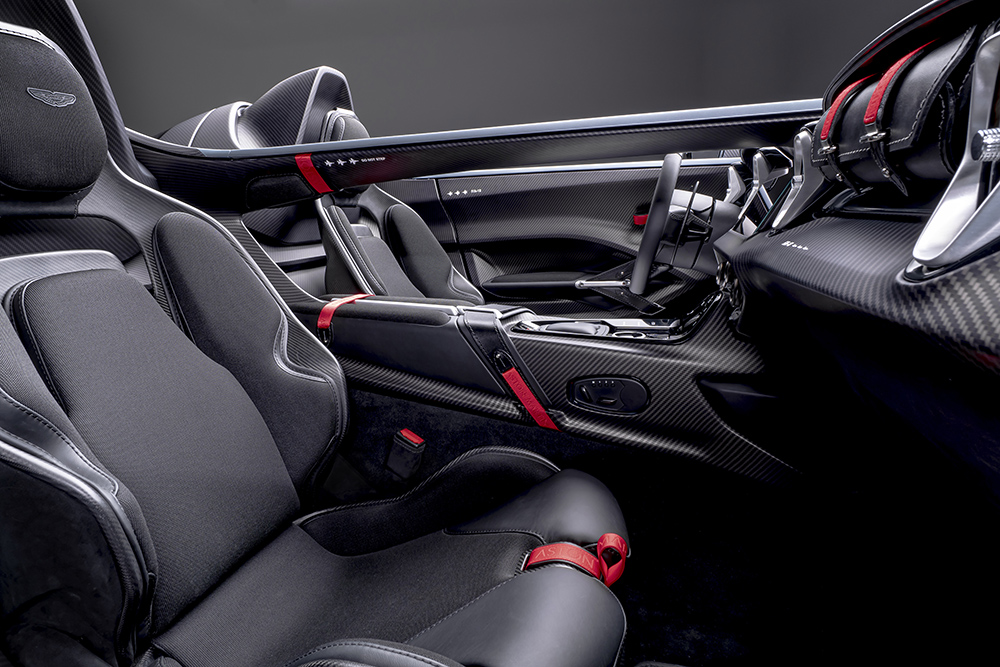 Drawing inspiration from both the brand’s rich racing history and aeronautical design, the truly visceral driver’s car was created by the manufacturer’s marquee customization service ‘Q by Aston Martin’, Aston Martin’s latest, most exciting special model will be limited to 88 cars globally and limited to track use only in the United States. Through engineering ingenuity and the use of advanced materials, Aston Martin delivers another stunning driver’s car, one that includes no roof nor a windscreen. 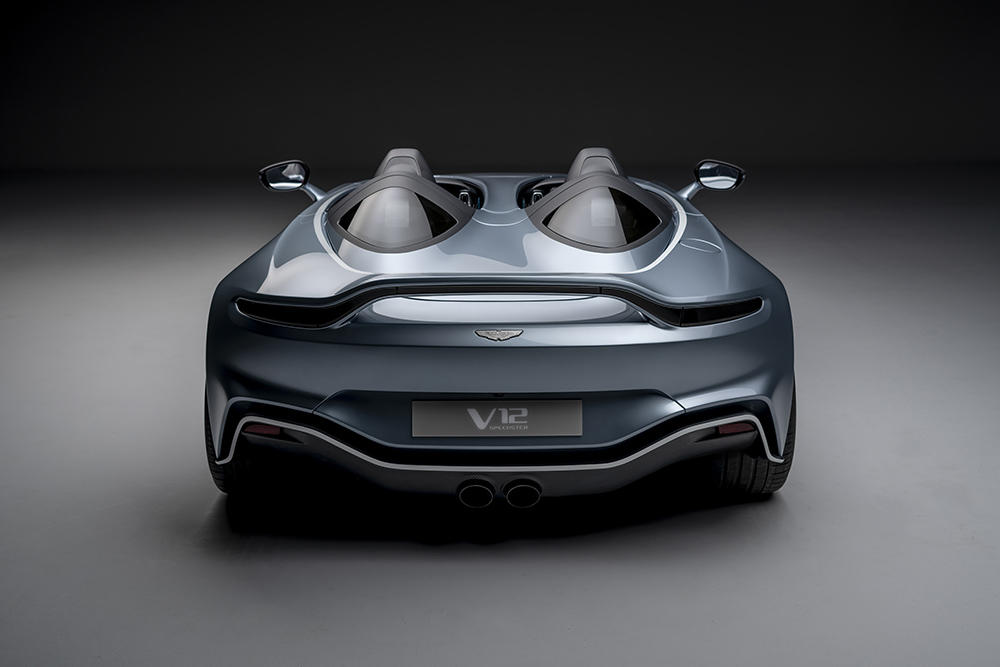 Using bonded aluminum architecture for its unique platform and a bespoke body constructed almost entirely from carbon fiber, the V12 Speedster boasts Aston Martin’s latest incarnation of the Speedster concept. Its bonnet nostril – its enlarged gap at the leading edge – at the front of the car not only provides a visceral design but also adds space to put in their V12 versus a V8 motor. Its 5.2-liter twin-turbo V-12 eight-speed automatic gearbox will deliver around 700 horsepower and 555 lb-ft of torque, a shade lower than the DBS but still a supreme drive. The V12 Speedster is able to accelerate to 62mph in 3.5 seconds on the way to limited top speed of 186mph. 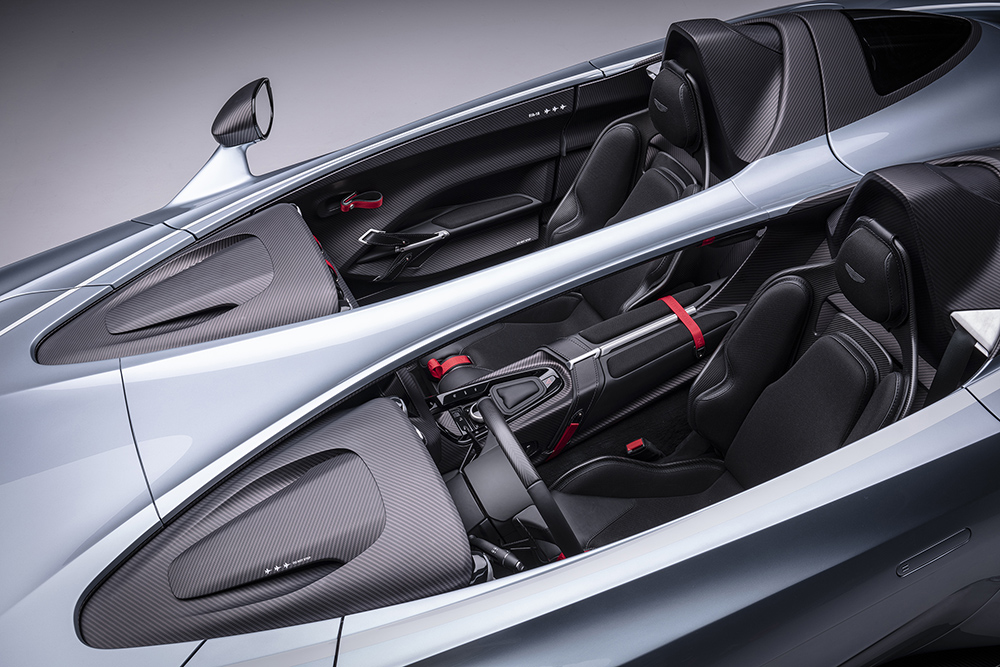 Taking inspiration as well by the jet industry and the legendary F/A-18, in partnership with Boeing, the car is finished in Skyfall Silver with contrasting satin black throughout. Using a mix of traditional and modern materials in its interior, the dark theme is present with satin dark chrome, machined aluminum, 3D printed rubber, and vivid red Aston Martin scripted door pulls. 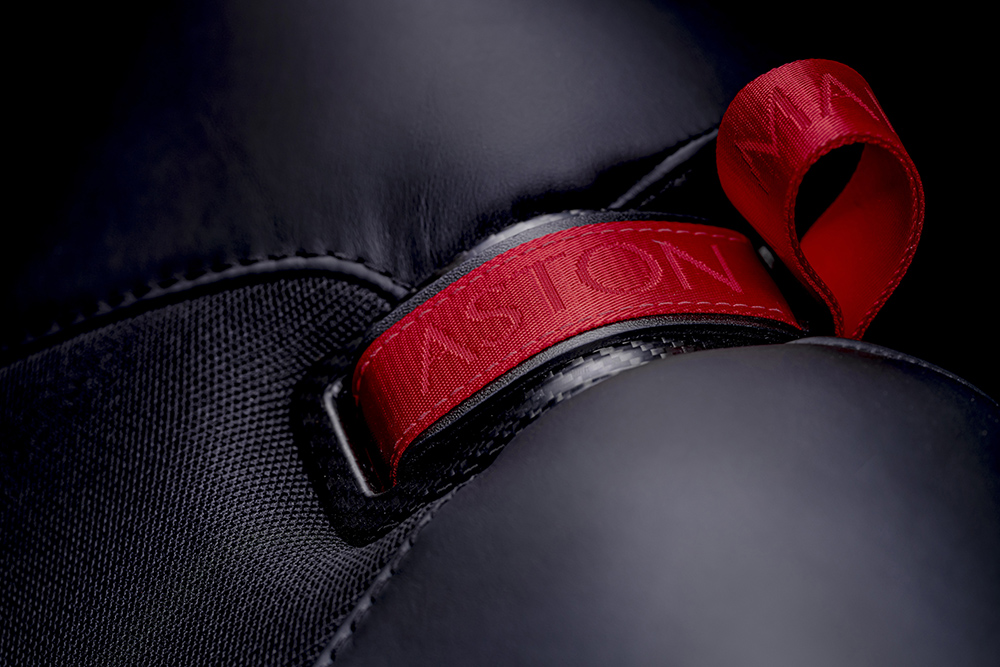 Among many, two other unique features include that in place of a glove box in front of the passenger, there is a removable leather bag and written on the underside of the blade which divides the two sides of the cockpit it has “DO NOT STEP” and three small fighter jets, seemingly inspired by the “Remove Before Flight” tags. 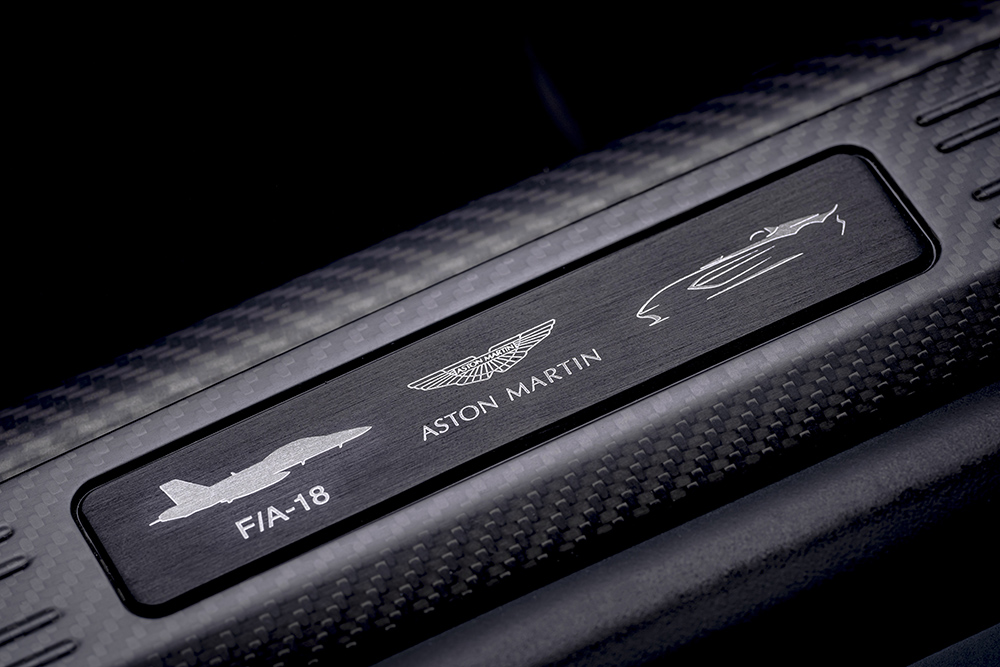 With an expected delivery date to begin in the first quarter of 2021, only 88 of these beautiful cars will hit the road.

Russia Is Quarantining People Exposed to Coronavirus in a Hostel

UK will leave EU aviation safety regulator at end of 2020