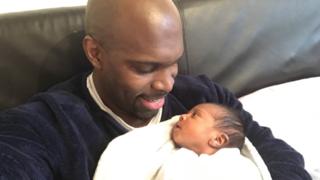 “I’ve applied for universal credit, I got a mortgage holiday, I am applying for a council tax deferral, but it won’t be enough,” says Junior Stewart, 45, from Luton.

“The five of us are on the bare minimum, I don’t know how we’ll get by.”

Junior is one of the many now struggling because they do not qualify for emergency government support offered to workers affected by the coronavirus outbreak.

Two weeks ago he lost his new sales job because he had not been there long enough to be furloughed or put on state-paid leave, having started after 28 February.

As he was previously self-employed, he couldn’t ask an old employer to furlough him. And he says there is no freelance work to go back to.

Making things tougher, Junior’s wife had a baby boy in February and is only getting half her normal salary while on maternity leave.

“We won’t have enough to pay for our gas and electric, our car repayments,” he says. On top of those expenses, the couple also have three kids to feed.

“I thought about getting a job at a supermarket but don’t want to bring the virus home,” Junior explains. “You have to put on a brave face for the kids, but it is a stressful time.”

As large parts of the economy have been shut down to battle Covid-19, the government has provided a huge package of support for those who have lost their jobs or income.

Millions should benefit but some have not been able to get help because they don’t meet the strict eligibility criteria, or were laid off.

Who falls into this category?

Cheryl Carroll, 39, from South East London is self employed but cannot access the SEISS scheme, which would let her claim a taxable grant worth 80% of her trading profits, up to £2,500 per month for three months.

The events director has only worked for herself for 16 months, which means she does not have accounts going back further than 2019. This means she is unable to fulfil a government requirement for support.

“All events have been stopped and I have no income coming in,” she says. “I applied for universal credit but it will take at least five weeks, and from what I can gather, it will only be £75 a week.”

Cheryl got a three month mortgage holiday from the bank and lives alone, with no dependents. But she is using her savings to pay her outgoings and fears she won’t have enough left to pay her next tax bill when it’s due.

“It’s a worrying time and I feel a bit abandoned by the government,” she says.

Cheryl says she could sell her house if things got really bad, but she does not want to.

There are five million self-employed people in the UK and the government says 95% will be eligible for emergency support.

But research from the Association of Independent Professionals and the Self-Employed suggests 45% of self-employed workers think they won’t have enough money to cover basic costs during the crisis, despite the help on offer.

That includes directors of small limited companies, who take their income fully or partially in dividends, which the government will not cover.

Michelle Donald, 41, says turnover at the small recruitment company she runs with her husband in Norfolk “dropped to virtually zero overnight” when the crisis hit.

“Whilst we are lucky in the sense that our overheads are small, the lack of support from the government for our personal income is what will ruin us,” the company director says.

Because she pays herself a small basic salary alongside her dividends, she will be able to furlough herself and claim 80% of that income – about £800 a month.

But her husband can’t do the same, as he has to continue his duties to try to keep business afloat.

“We are not wealthy by any stretch. We have three kids in the house and our monthly outgoings will be about £1,500 a month if we get a mortgage holiday,” says Michelle.

“We have a little bit of savings but it’s all we have got. If we have to use those, we will come out of this with literally not a penny to our name.”

‘We could go under’

She thinks company directors have been discriminated against because people think they don’t pay as much tax and national insurance, when in fact “the difference is minimal”.

She and her husband also put lots of their own money into building the business ,which “could very well go under”.

A petition urging the government to cover dividend income through the coronavirus job retention scheme has been signed by 320,000 people.

A Treasury spokeswoman said: “The chancellor has outlined an unprecedented package of measures to protect millions of people’s jobs and incomes as part of the national effort in response to coronavirus.

“Those who do not qualify for the support schemes will be able to access a range of other measures – including an increase in the universal credit allowance, income tax deferrals, £1bn more support for renters and access to three-month mortgage holidays.” 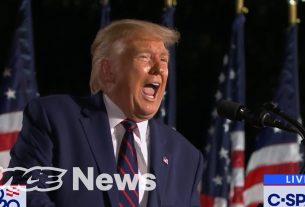