New York and Virginia’s state houses just became the latest venues for anti-lockdown protesters to vent their frustrations and demand that their respective governors reopen their states’ economies despite the ongoing COVID-19 crisis.

The demand to “#ReOpenAmerica” made its way off the internet and into the real world in the past week, with rallies also taking place in Ohio, North Carolina, Michigan, and Kentucky. Another is planned in Wisconsin on Friday. Wednesday’s rally in Michigan, dubbed “Operation Gridlock” was by far the largest, with about 100 attendees who gathered in person or swarmed the Capitol with their cars, blocking traffic and even preventing an ambulance from getting through.

The rallies have, so far, featured guns, Guy Fawkes masks, members of the far-right Proud Boys group, possible links to the family of Education Secretary Betsy Devos, and chants such as “facts over fear!”

Thursday’s rally at the New York state house in Albany had a comparatively poor turnout, drawing only around a dozen attendees — some of whom waved Trump2020 and “Don’t Tread on Me” flags.

There were intermittent flurries of snow, and many of the protesters stayed in their cars outside the statehouse, where Gov. Andrew Cuomo had just announced that New York — where the virus has killed 11,586 people and sickened over 200,000 — would remain on “pause” until May 15.

A livestream by the Albany event’s organizer, named “Mike Gee”, showed one man holding a sign reading “Communist Cuomo Has Got To Go.” He called the governor a “communist dictator” because of his refusal to allow pharmacists to fill prescriptions for hydroxychloroquine, a drug touted by President Donald Trump as a magical cure for coronavirus. There’s no conclusive medical evidence that shows that the anti-malarial drug does help with coronavirus.

“We don’t want handouts, we want to go back to work,” one man, identified as Jared Armstrong from Williamsburg in Brooklyn, New York, told Gee. “We can do it in a smart way. Everyone else in that building is waiting for someone else to say ‘jump’ because nobody wants to be responsible if something goes sideways. They’re still getting their pay, they’re still working on your dime.”

The Thursday rally in Virginia, organized by a coalition of groups, “ReOpen Virginia,” “End the Lockdown VA” and “Virginians Against Excessive Quarantine,” had a slightly larger turnout, with a couple dozen people chanting “end the lockdown.”

The #ReopenAmerica call has resonated with many of the millions of Americans who’ve suddenly found themselves jobless since coronavirus swept into the U.S. and forced an unprecedented economic shutdown. Much of conservative social media has become an echo chamber with people grasping for answers and voicing their frustrations, often casting doubt on the severity of coronavirus and accusing the media of overhyping the pandemic. Others have seized on Trump’s calling coronavirus a “China Virus,” even going as far to suggest that China intentionally released the virus to cripple the U.S. economy.

While many Republicans, including Trump, are chomping at the bit to reopen the U.S., director of the National Institute of Allergy and Infectious Diseases Anthony Fauci has warned that we’re not there yet. In an interview with the Associated Press this week, Fauci said the goal of opening the country up by May 1 was “a bit overly optimistic” and that he’s concerned that opening up too quickly could lead to clusters of infections and even a second peak of COVID-19 cases in the fall. 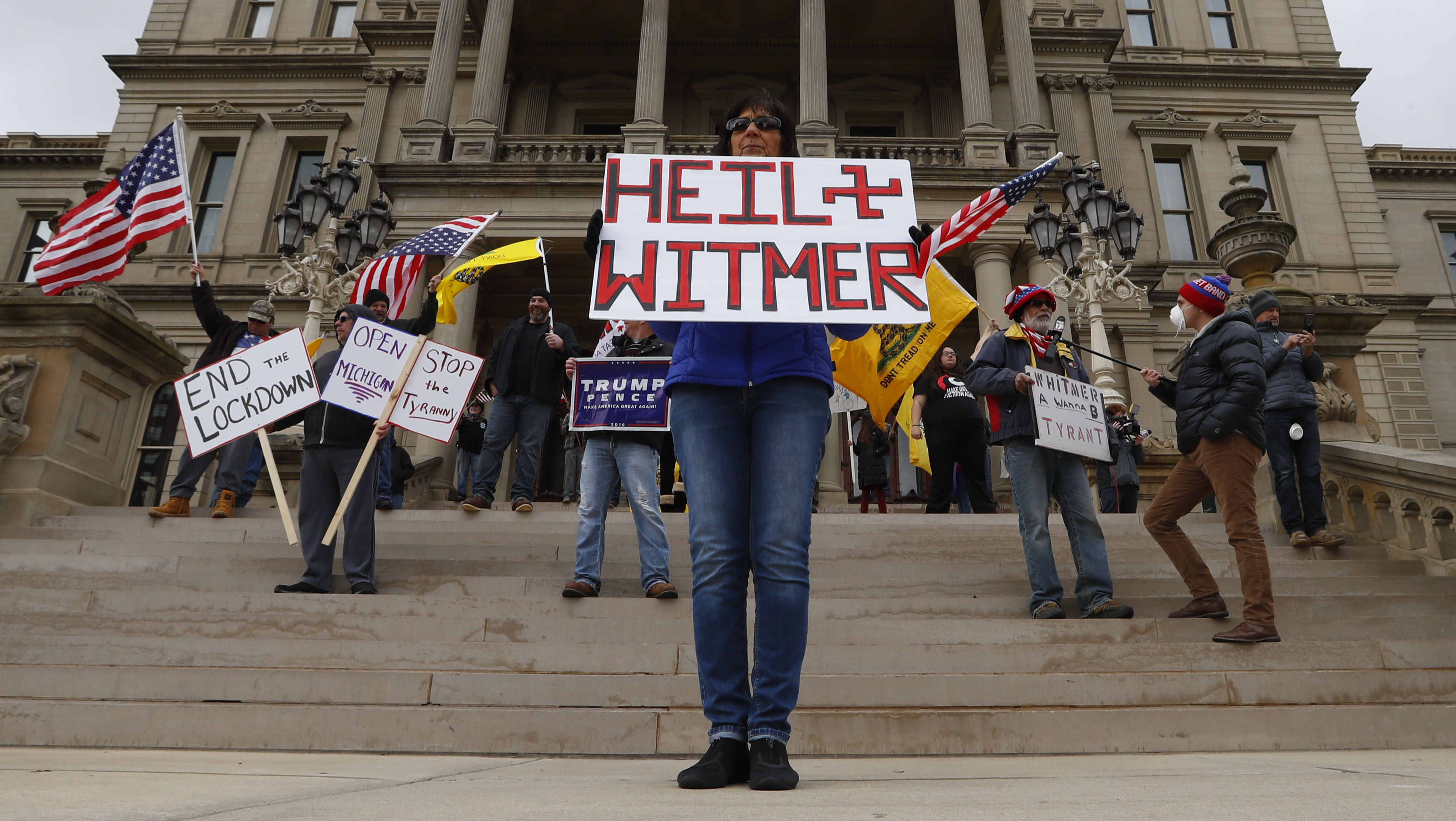