“Why would New York City want to inflate a death toll? I mean, that doesn’t make a lot of sense. It’s bad enough as it is, it’s painful enough as it is,” Cuomo said Thursday, during his daily press conference about the spread of the coronavirus. The governor added that he wasn’t familiar with Trump’s exact remarks.

New York City, which remains the epicenter of the U.S. coronavirus outbreak, revised its coronavirus death toll this week to include more than 4,000 probable new deaths from COVID-19. The total number of New Yorkers who have died from the disease may now be nearly 11,000. Officials, including Cuomo and New York City Mayor Bill de Blasio, had faced questions over whether the official death toll was overlooking individuals who might have died at home or in nursing homes.

“What New Yorkers are interested in, and what the country is interested in, is that we have an accurate and complete count,” Dr. Oxiris Barbot, New York City’s health department commissioner, told the New York Times. “It’s part of the healing process that we’re going to have to go through.”

When Trump brought up New York City in the middle of a tirade at the White House on Wednesday, he had a different message.

“I see this morning where New York added 3,000 deaths. Because they died, and they’re now saying rather than it was a heart attack, they say a heart attack caused by this, so they’re adding,” the president said of his hometown. “If you look at it, that’s it.”

In a statement to CBS News, a spokesperson for de Blasio’s office said Trump’s insinuation was insulting.

“These were people with names, hobbies, lives,” the statement said. “They leave behind grieving loved ones. They deserve to be recognized, not minimized.”

If anything, New York’s death toll will likely skyrocket as the scope of the pandemic and its deadly costs become more clear. The Centers for Disease Control has started to report probable COVID-19 deaths, rather than just confirmed ones, as the agency had previously done. And New York state is in the midst of trying to track its own probable deaths.

“It’s the president’s own CDC that put out this guidance,” said Melissa DeRosa, secretary to the governor, during Cuomo’s press conference. “They did not pad the numbers, and this was a CDC-directed category.”

Cover: President Donald Trump speaks about the coronavirus in the Rose Garden of the White House, Wednesday, April 15, 2020, in Washington. (AP Photo/Alex Brandon) 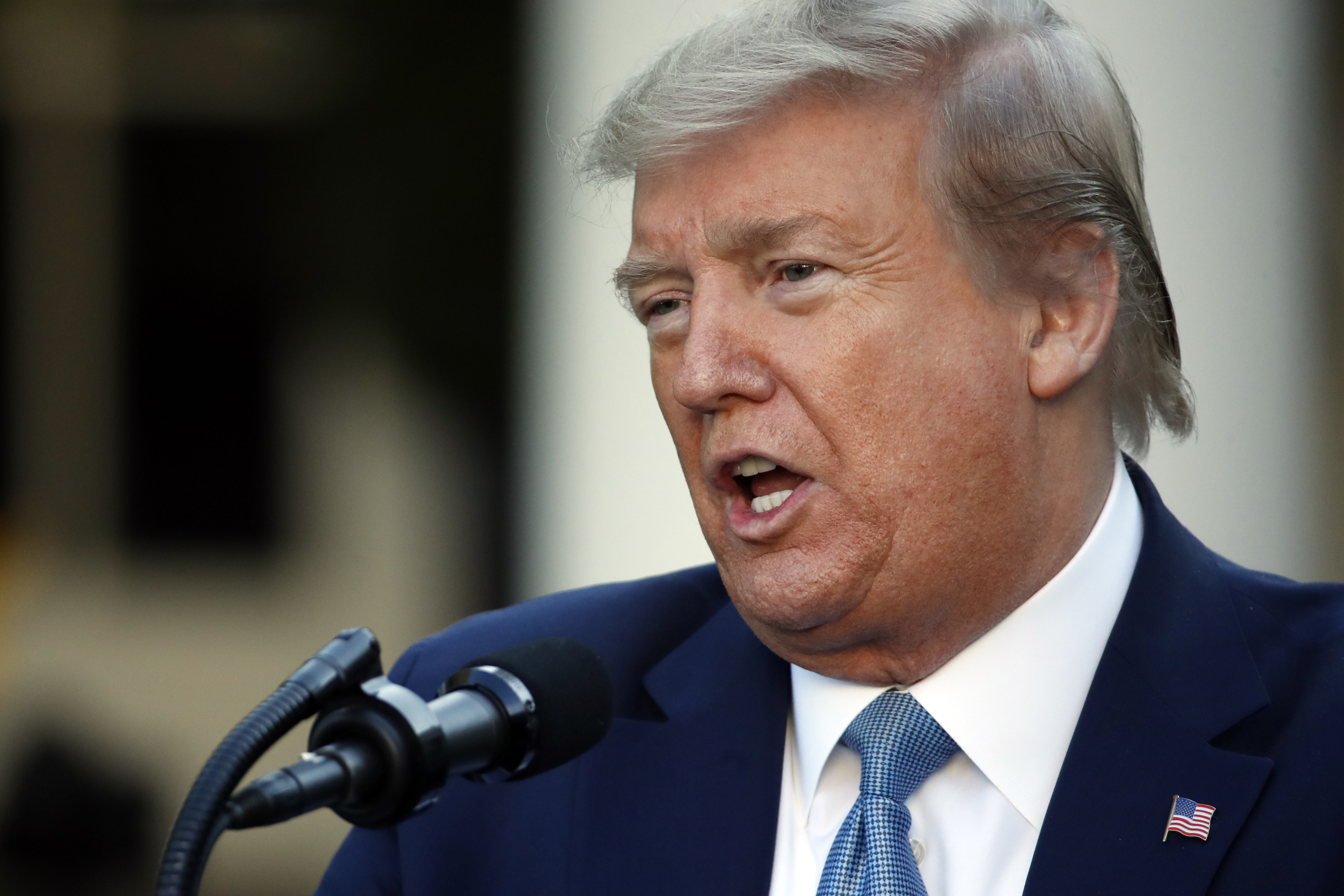