The New York City doctors and nurses charged with handling a huge epidemic have another problem to deal with: The city’s moving too slowly to keep homeless patients safe.

A group of more than 500 New York-based physicians, social workers, and nurses, wrote in a letter addressed to NYC Mayor Bill de Blasio, New York Gov. Andrew Cuomo, and others Friday that while they appreciate some of the actions the city has taken, like creating isolation spaces for the homeless, it’s still not enough to stem the daily swell of coronavirus cases. As of Thursday, 537 homeless people in the city had tested positive for COVID-19 — many of whom live in the city’s vast shelter system, with 140 locations reporting cases so far — and 33 have died. And it’s possible that it will get worse still, for the city’s homeless population of nearly 80,000.

“Ultimately, doing more to protect this vulnerable population would not only save lives but also reduce the use of stretched hospital resources,” medical professionals in the letter, organized by the Bronx Health & Housing Consortium, wrote.

Right now, providers say they face myriad hurdles when trying to do something as essential as discharging their homeless coronavirus patients from the hospital when they’re not sick enough to need a bed but need space to quarantine. For the patients living in shelters, for example, they have to call the city’s Department of Homeless Services to secure one of their isolation beds; there’s a different system for people who aren’t in the shelters or are newly homeless, managed by the New York City Emergency Management Department. This process can take several hours, said Kelly Doran, an ER physician and professor of emergency medicine and population health at NYU Langone Health, and there have been instances where homeless people have walked out of emergency departments before they can find a place to stay.

And even after homeless patients are transferred to those isolation units, physicians say it’s not always clear to them whether they’re receiving the care they need. One person who signed the letter said their patient wasn’t able to receive their medication for days after being discharged to a hotel room.

“These front-line workers are just desperate for information. The communication has been really poor,” Bonnie Mohan, executive director of the Bronx Health & Housing Consortium, said.

“These front-line workers are just desperate for information. The communication has been really poor.”

Representatives for the state did not immediately respond to a request for comment. In a statement Friday, the Department of Homeless Services said it’s constantly evolving its services to meet the needs of the city’s homeless.

“We have responded to an unprecedented crisis with unprecedented action,” spokesman Isaac McGinn said in a statement. “As we fight back with everything we’ve got, we continue exploring policy responses to emerging needs and changing circumstances on the ground.”

But the medical professionals wrote that despite the city’s mitigation measures, they still fear for the homeless people who haven’t yet been infected with COVID-19 but are living in “congregate” shelters, where social distancing is difficult.

“It’s already a vulnerable population, and this shouldn’t contribute to their vulnerability,” said Howard Greller, an emergency medicine physician at St. Barnabas Hospital in the Bronx.

The city’s massive shelter system hasn’t yet rolled out universal testing for every homeless resident — regardless of whether they think they’re sick — meaning that some people could be asymptomatic and infecting others, the physicians noted. For example, one shelter in Boston recently tested all 397 residents, and found that 146 people were positive without showing any typical symptoms of COVID-19. San Francisco also discovered a large shelter outbreak once it introduced greater testing.

And, even with greater testing, the physicians wrote that it’s still a good idea to move people out of the shelters and into hotel rooms or other isolated units. The city recently committed to placing 6,000 homeless people in empty hotel rooms. But all homeless people should be offered the same opportunity to protect themselves, the medical professionals wrote.

“This whole thing has proven social distancing is privileged,” said Nicholas Gavin, an emergency medicine professor at Columbia University Irving Medical Center and a practicing physician, said. “If you look at where the infection rates are, it’s all along socioeconomic status lines.” 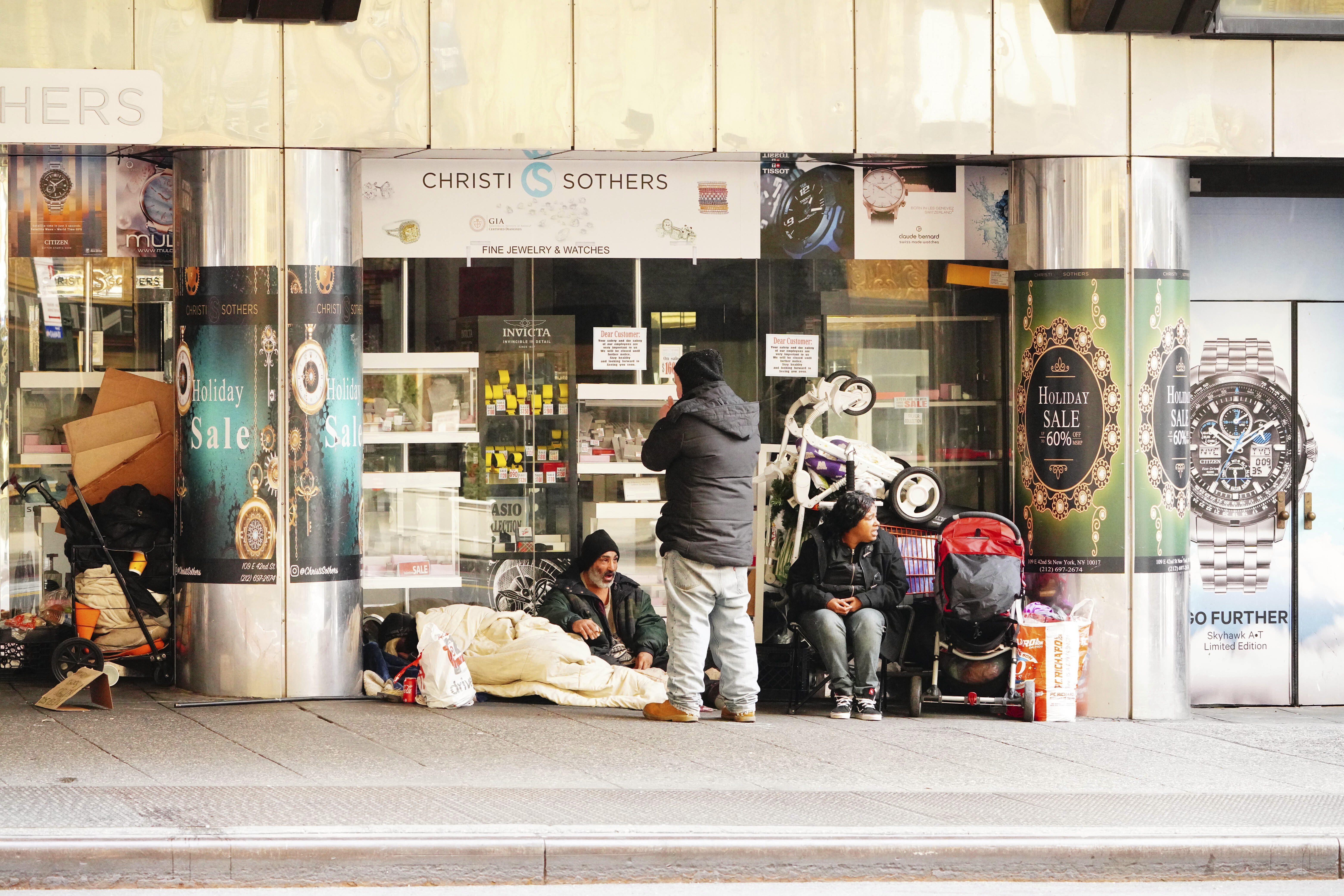