The Department of Health and Human Services’ new spokesman tweeted — and then deleted — racist comments about Chinese people in March, and accused reporters critical of President Trump’s labeling of COVID-19 as the “the Chinese Virus” of “carrying water for the Chinese Community Party.”

Michael Caputo’s since-deleted tweets, archived online and first reported by CNN, came before he was appointed as the assistant secretary for public affairs at HHS last week. (HHS hasn’t commented on Caputo’s tweets to CNN, and did not respond to a VICE News request for comment.)

HHS is among the agencies currently attempting to fight off the coronavirus pandemic. Caputo previously worked for Trump’s 2016 presidential campaign.

In early March — just as COVID-19 was starting to sweep across the U.S., and shelter-in-place orders were being issued — Caputo responded to a tweet about the conspiracy theory that the U.S. government brought the coronavirus to Wuhan, where the outbreak first emerged.

“This virus originated in Wuhan. You own it, and you know why. Nobody believes your bullshit. Take your lumps and clean up your act so you don’t kill the world,” Caputo responded.

When another Twitter user asked how Caputo knew the virus originated in Wuhan, Caputo responded: “Sure, millions of Chinese suck the blood out of rabid bats as an appetizer and eat the ass out of anteaters, but some foreigner snuck in a bottle of the good stuff. That’s it.”

He responded to other people critical of him, too, saying to one user: “Don’t you have a bat to eat?” And another: “You’re very convincing, Wang.”

Caputo was apparently referencing the fact that researchers believe coronavirus was transmitted from bats to other wild animals possibly sold to humans at a wet market in Wuhan.

And as Trump was being criticized for labeling COVID-19 as “the China Virus” — saying it wasn’t racist — Caputo tweeted “#ChineseVirus” 20 times in a row on March 17. He also tweeted that Democrats and members of the Media were acting too favorably to Beijing.

“The Chinese Communist Party has always been adept at lying to cover their murders. What’s remarkable here is the US Democrats and their conjugal media repeating CCP propaganda because they hate Trump more than they love America. The Wuhan virus has exposed them,” Caputo tweeted.

The next day, March 18, Caputa said on Twitter that “leftists lost the true meaning of ‘racism’ long ago,” suggesting that people “double down on #ChineseVirus.” He then said that reporters were “carrying water for the Chinese Communist party.”

Separately, Caputo suggested several times that Democrats would celebrate coronavirus deaths and an economic collapse, because it would look as if Trump had failed to handle the crisis.

“How many Americans must die to feed Democrat powerlust? 100K? 1M? More??,” Caputo said in a tweet March 22. “How much economic destruction is the Democrat goal? 100% unemployment?'”

Cover: Newly-appointed spokesman for the Department of Health and Human Services Michael Caputo arrives at the Hart Senate Office building to be interviewed by Senate Intelligence Committee staffers, on May 1, 2018 in Washington, DC. (Photo by Mark Wilson/Getty Images) 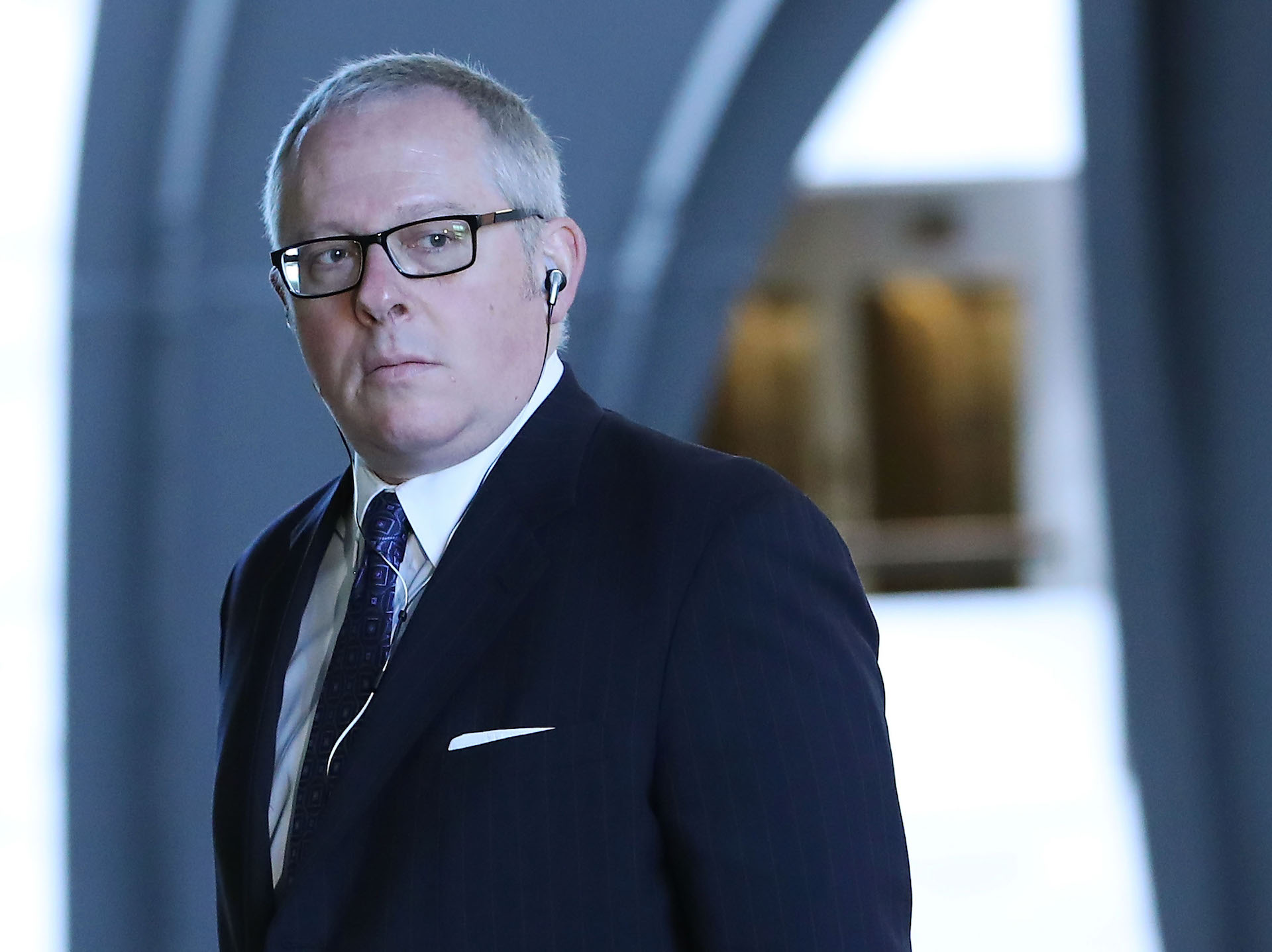 How will the Spending Review affect you?