WASHINGTON — President Trump trails Joe Biden in a bevy of new swing-state polling, as voters in state after state say they trust their own governors a lot more than the president to decide how to handle the novel coronavirus.

Trump narrowly won Florida, Michigan, North Carolina, Pennsylvania, and Wisconsin to pull off his 2016 victory, but he’s trailing in all five states right now, according to a number of polls released in the past 24 hours. And if he loses them, he’ll lose a second term in office.

Biden is up 51%-44% in both Michigan and Pennsylvania, 50%-45% in Wisconsin, and 49%-46% in North Carolina, according to polls conducted by the Democratic firm Public Policy Polling for the liberal healthcare group Protect Our Care.

Those polls also found a huge trust deficit between Trump and the states’ Democratic governors on how to handle the coronavirus. In Michigan, voters said by 57%-37% that they trusted Gov. Gretchen Whitmer (D) more than Trump on the question of who they trusted more to protect their state from the pandemic. In North Carolina, Gov. Roy Cooper (D) led by 58%-33%. In Pennsylvania, Gov. Tom Wolf (D) led by 58%-35%, and in Wisconsin Gov. Tony Evers led by 54%-39%.

“The president can’t bullshit his way out of this pandemic,” said Protect Our Care Executive Director Brad Woodhouse. “When you juxtapose his lack of preparedness, his lack of empathy, against these governors… they are trusted far more.”

These polls show slightly better head-to-head numbers for Biden against Trump than what most surveys were showing earlier this year. They’re not a huge shift — but they make clear that the rallying effect of voters supporting their leaders in times of crisis has completely faded for Trump, even as it’s stuck around for governors.

Pluralities of voters disapproved of the way Trump had handled the virus in all four states, according to the polls, and Trump’s approval numbers were underwater in all of them.

And voters in those states viewed the right-wing “reopen” protesters that Trump has egged on in an even harsher light. In the four states, approval of the protests ranged from 19%-24%, while disapproval ranged from 24%-64%.

Those numbers match other recent state polling. Fox News found Biden up by 49%-41% in Michigan and 50%-42% in Pennsylvania in a pair of polls released Wednesday. And in Florida, Biden led Trump by 46%-42% in a Quinnipiac University poll released Wednesday.

These states, along with Arizona, make up the core of the battleground map for the fall — and Trump is losing in every one of them in recent surveys. The most recent Arizona poll, released by OH Predictive Insights last week, found Biden defeating Trump by 52%-43%.

There’s a lot of time between now and the November election. But right now, it appears that Trump’s slow and erratic response to the coronavirus is hurting his chances at reelection. 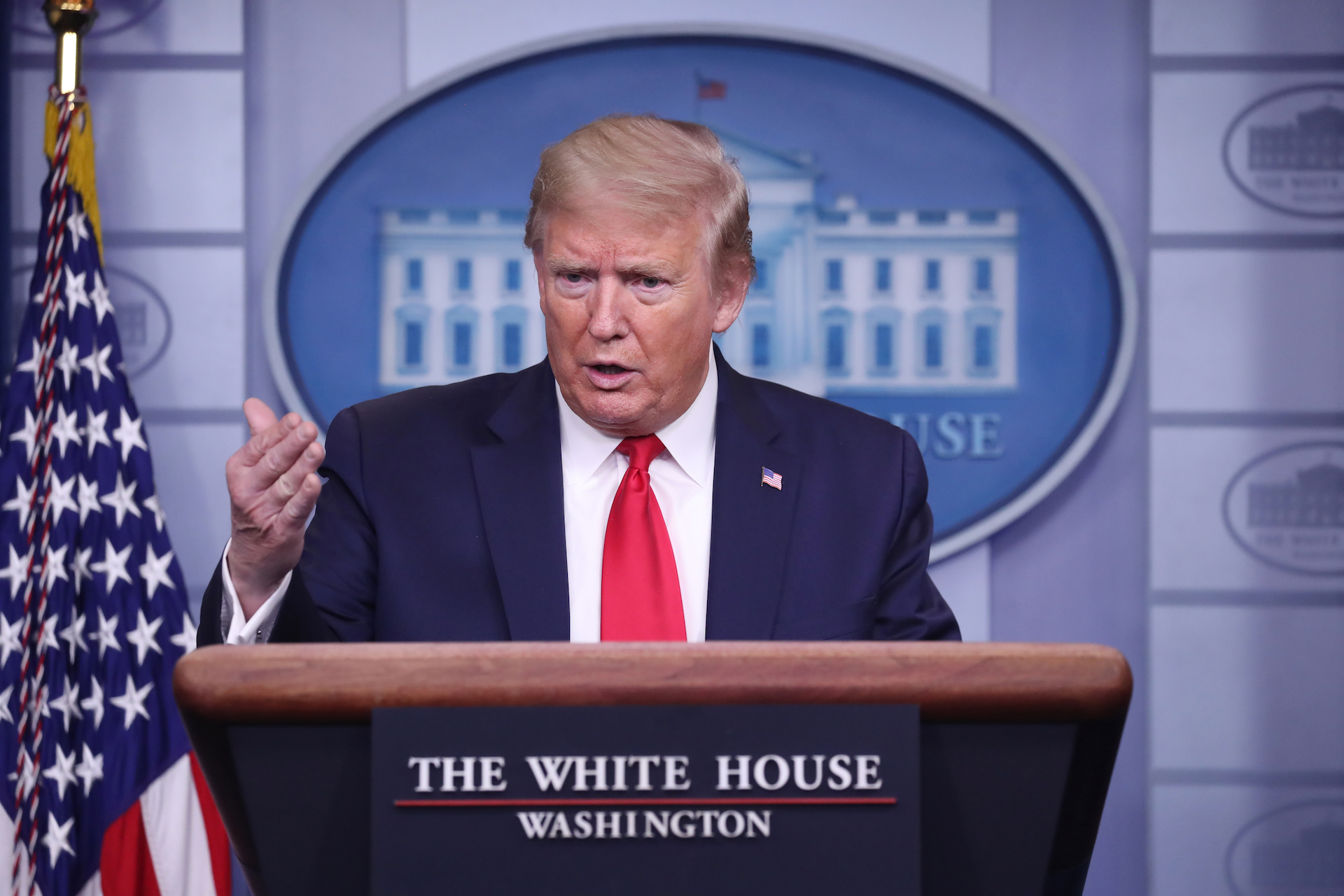