It looks like Chile will be the first country to start issuing controversial “release certificates” for recovered coronavirus patients, despite the World Health Organization warning there’s no evidence that people with the virus can’t catch it again.

The WHO on Friday issued a scientific briefing advising governments against introducing “immunity passports” or “risk-free certificates” as a way of gradually easing lockdowns and returning people to the workforce. The United Kingdom, Germany, and other countries have discussed such proposals, and Chile was the first to say, earlier this month, that it would proceed with its scheme.

“There is currently no evidence that people who have recovered from COVID-19 and have antibodies are protected from a second infection,” the WHO warned. Schemes that gave people with antibodies greater freedoms to work or travel “may therefore increase the risks of continued transmission,” it said.

On Sunday, Paula Daza, sub-secretary of Chile’s Health Ministry, told reporters that her government still planned to go ahead with the program despite the WHO warning, saying evidence pointed to a reduced risk of reinfection after a coronavirus infection.

“One of the things we know is that a person who has… lived through the disease is less likely to become ill again,” Daza said.


Daza stressed the planned COVID-19 cards, which would soon be delivered to recovered patients, would not certify immunity — despite the country’s top health official having previously pitched the scheme in those terms.

Chile introduced lockdown measures within days of its first confirmed cases last month, and has released billions in support to families and businesses struggling through an outbreak that had grown to 13,331 cases so far, with 189 deaths.

The WHO’s reticence about so-called “immunity passports” boils down to the fact that not enough is known about immunity to the virus, and that antibody tests weren’t yet reliable enough.

Some recovered patients had low levels of antibodies, suggesting that another aspect of the body’s immune response — known as cellular immunity — might play a critical role in recovery, it said in its briefing. Antibody tests also needed further work to accurately distinguish between past infections from COVID-19 and other coronaviruses circulating in humans.

After issuing its briefing, the WHO clarified in a tweet that it expected that “most people who are infected with COVID19 will develop an antibody response that will provide some level of protection.”

“What we don’t yet know is the level of protection or how long it will last.”

In the U.S., the Infectious Diseases Society of America gave a similar assessment in a briefing Friday, recommending that “people with antibodies not change their behavior in any way” and continue social distancing.

“At this point, I think we have to assume that [recovered patients with antibodies] could be at risk of reinfection,” said IDSA spokeswoman Dr. Mary Hayden.

Cover: Volunteers carry a pot of food to be distributed to their neighbors who are facing hardship because of lost income due to the new coronavirus pandemic, in El Nocedal on the outskirts of Santiago, Chile, Friday, April 24, 2020. (AP Photo/Esteban Felix) 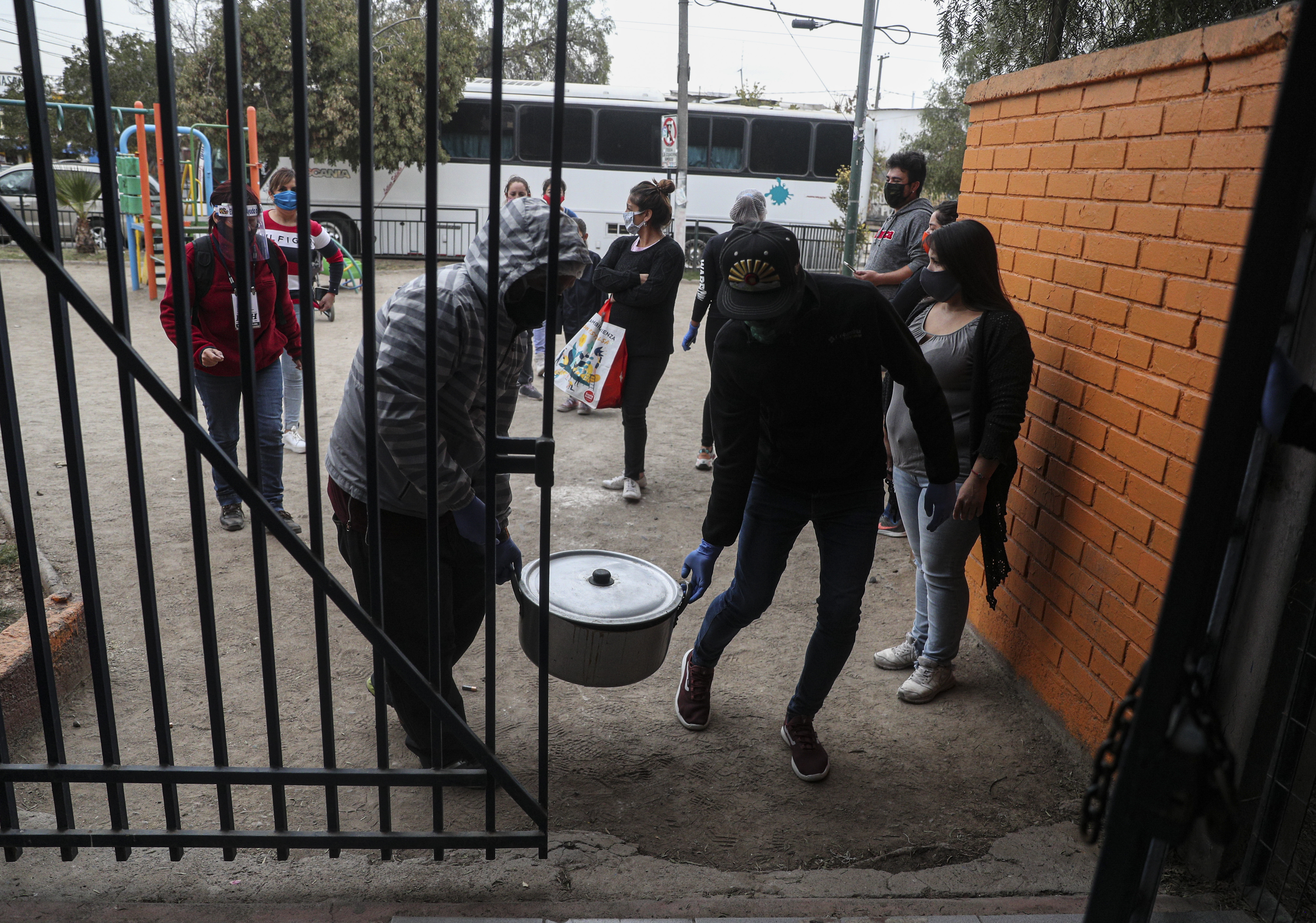 ‘I won’t sleep for over 24 hours on election night’