President Trump’s jaw-droppingly dangerous musings that the coronavirus might be treated by injecting disinfectants or UV light rightly set off huge alarm bells and warnings from the CDC and even Lysol. But if you’re waiting for Dr. Deborah Birx, the White House Coronavirus Task Force coordinator, to weigh in with criticism of her boss, don’t hold your breath.

Appearing on two cable news shows Sunday, Birx steadfastly refused to be drawn into criticizing the president over his Thursday-evening remarks, and instead took aim at the media for refusing to move on after two days.

READ: The makers of Lysol had to issue a warning against drinking bleach after Trump said it might cure coronavirus

Asked by CNN’s Jake Tapper whether Trump’s “potentially dangerous” musings alarmed her, Birx replied: “It bothers me that this is still in the news cycle, because I think we’re missing the bigger pieces of what we need to be doing as an American people to continue to protect one another.”

“As a scientist and a public health official and a researcher, sometimes I worry that we don’t get the information to the American people that they need when we continue to bring up something that was from Thursday night.”

Earlier, when asked what the public should know “about disinfectants and the human body,” Birx attempted to downplay the stunning strangeness of Trump’s remarks, describing them as “a dialogue” between the president and Department of Homeland Security scientists about a new study.

“We have made it clear, and when he turned to me, I made it clear and he understood that it was not as a treatment. And I think that kind of dialogue will happen,” she said. Birx had told Fox News Saturday that Trump had been “digesting” information about a study on sunlight’s impact on coronavirus when he made the comment.

Birx also declined to criticize Trump during an appearance on NBC’s “Meet the Press” Sunday. Asked if the president’s remarks undermined the task force’s response to the pandemic, Birx deflected.

“I think all of us are very clear and very clear in our discussions with the American people how we’re looking at and utilizing data to drive decision-making within the task force,” she said.

Thursday’s briefing at the White House caused a sensation even by Trump’s standards, with the New York Times reporting that some White House officials considered it “one of the worst days in one of the worst weeks of his presidency,” and Trump refusing to take questions from the press the following day. In the face of widespread ridicule and alarm at his comment, Trump claimed he was being “sarcastic” with his remarks, which caused a spike in calls to poison control centers. 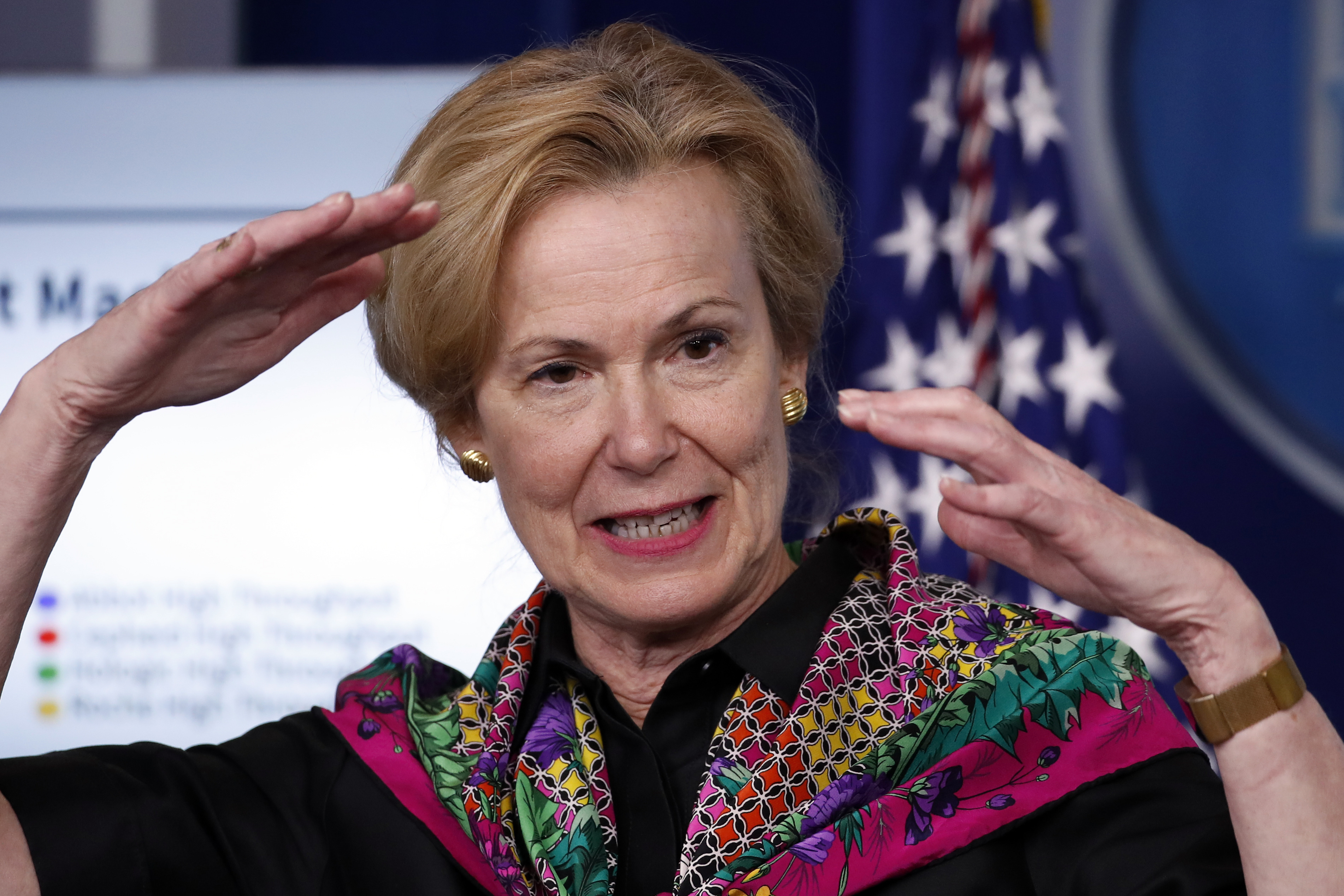 Bank of England joins Dennis the Menace for kids project