New York Gov. Andrew Cuomo doesn’t want to talk about debts when it comes to the coronavirus crisis. But if some Republicans (like the president) do want to talk about it, the governor has proof ready that his state puts way more into the federal pot than it takes out

“If you want to go to who’s getting bailed out and who paid what, nobody would be bailing out New York state,” Cuomo said at his press conference Monday morning, where he pulled up several slides about states’ contributions to the federal government. “New York state has been bailing them out every year for decades.”

Less than an hour earlier, President Donald Trump wondered whether his millions of Twitter followers could help him decide what kind of domestic economic policy to pursue.

“Why should the people and taxpayers of America be bailing out poorly run states (like Illinois, as example) and cities, in all cases Democrat run and managed, when most of the other states are not looking for bailout help?” Trump tweeted. “I am open to discussing anything, but just asking?”

When asked about Trump’s tweet during the press briefing, Cuomo said he hadn’t talked to Trump about it, even though the two spoke that same morning. The governor said he didn’t want to be in the business of arguing who owes what — but made it clear that if someone else happens to bring it up, he’s ready.

“It’s about grief and it’s about comfort, it’s not about money,” he added. “But if you want to make it about money, you’re making a mistake, because you’re going to lose on a tally sheet and it’s not even going to be close.”

New York is the biggest annual contributor to the federal government, according to Cuomo’s slides. Since 2015, the Empire State has paid $116 billion more to the federal government than it has received in federal spending. In fact, of the top five states that give the most to the feds compared to how much they receive in spending, four states — New York, New Jersey, Connecticut, and California — are headed by Democratic governors.

The third-largest recipient of federal dollars, compared to how much it pays in taxes, is Kentucky, according to Cuomo’s slides. That’s the home state of Senate Majority Leader Mitch McConnell, who Cuomo beefed with last week after his office circulated a press release with the header, “Stopping Blue State Bailouts.”

“How ugly a thought,” Cuomo said on Thursday. “‘Fifteen thousand people died in New York, but they were predominantly Democrats, so why should we help them?’ I mean, for crying out loud, if there was ever a time for you to put aside your pettiness and your partisanship and this political lens that you see the world through.” 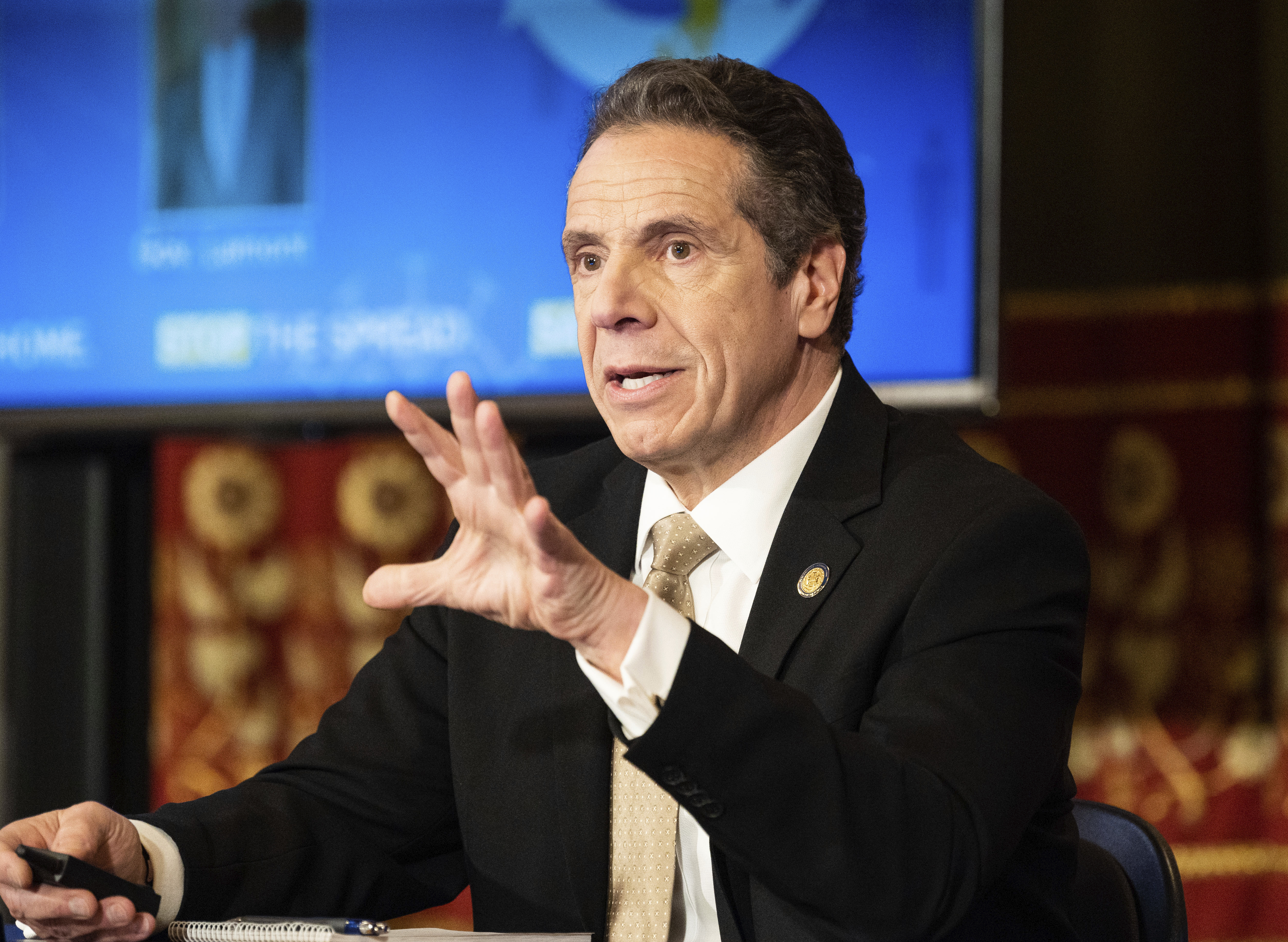 Why are gas prices going up and what if my energy supplier goes bust?