Coronavirus may be making it hard to get everyday products like toilet paper and hand sanitizer, but Europeans are still getting their cocaine— just in refrigerators of squid, pizza boxes, and even shipments of face masks

Despite the trade restrictions in place to decrease the spread of the deadly respiratory disease, the United Nations Office on Drugs and Crime (UNODC) has seen a 20% increase in drug trafficking shipments bound for Europe this year compared to the same period last year, senior law enforcement officer Bob Van Den Berghe told Reuters. His arm of the UN has seized a total of 17.5 tons of cocaine bound for Europe in countries like Brazil, which has become one of the top suppliers for Europe.

“Based on seizures of bigger-than-usual shipments of cocaine, it would be fair to say that Europe was flooded with cocaine ahead of lockdowns,” Van Den Berghe told Reuters.

But Latin American drug cartels are still having to get creative with their shipments: One lined a refrigerated container transporting squids to Antwerp, Belgium, with five-tons of cocaine worth nearly 205 million euros worth of narcotics, according to officials.

Belgium officials were able to trace the operation back to a local warehouse, where they also found three AK47s, four handguns, and numerous high secure burner phones according to the NL Times. Police arrested 14 Dutch citizens involved in the scheme on April 23.

Belgium’s Antwerp Port has become one of Europe’s drug hot zones, and drugs smuggled through the port account for half of all the drugs entering the continent.

Earlier this month, a plane also arrived in Brussels from the Dominican Republic carrying nearly 800 pounds of cocaine hidden in several suitcases on board. That’s about 200 times larger than what they’d typically expect from an average shipment of drugs, Reuters reporting, according to Belgium’s head of customs.

Belgium isn’t the only country that smugglers are sneaking their drugs into. Officials in England found 14 kilograms of cocaine, worth nearly 1.3 million pounds, hidden in a shipment of face masks coming from Poland in April.

The International Criminal Police Organization also told Reuters that Spain, the U.K., Ireland and Malaysia have all reported food delivery drivers have become a major pipeline for drug smuggling. In Ireland, for example, police found 17 pounds of cocaine and several handguns in pizza boxes earlier this month.

The coronavirus has had a tremendous effect on all parts of the drug trade, including manufacturing and transportation from suppliers to buyers. Last month, Sinaloa cartels traffickers told VICE News last month that shortages on common ingredients for drugs like methamphetamines and fentanyl have boosted prices up to six times its normal market rate.

Cover: A member of the police opens a packet with cocaine, as a large supply recently seized was displayed to the press at the Portuguese police headquarters in Lisbon, Wednesday, Jan. 8, 2020. For the second time in twelve months, Portuguese police have discovered a large stash of cocaine concealed in a shipment of bananas from Latin America. (AP Photo/Armando Franca) 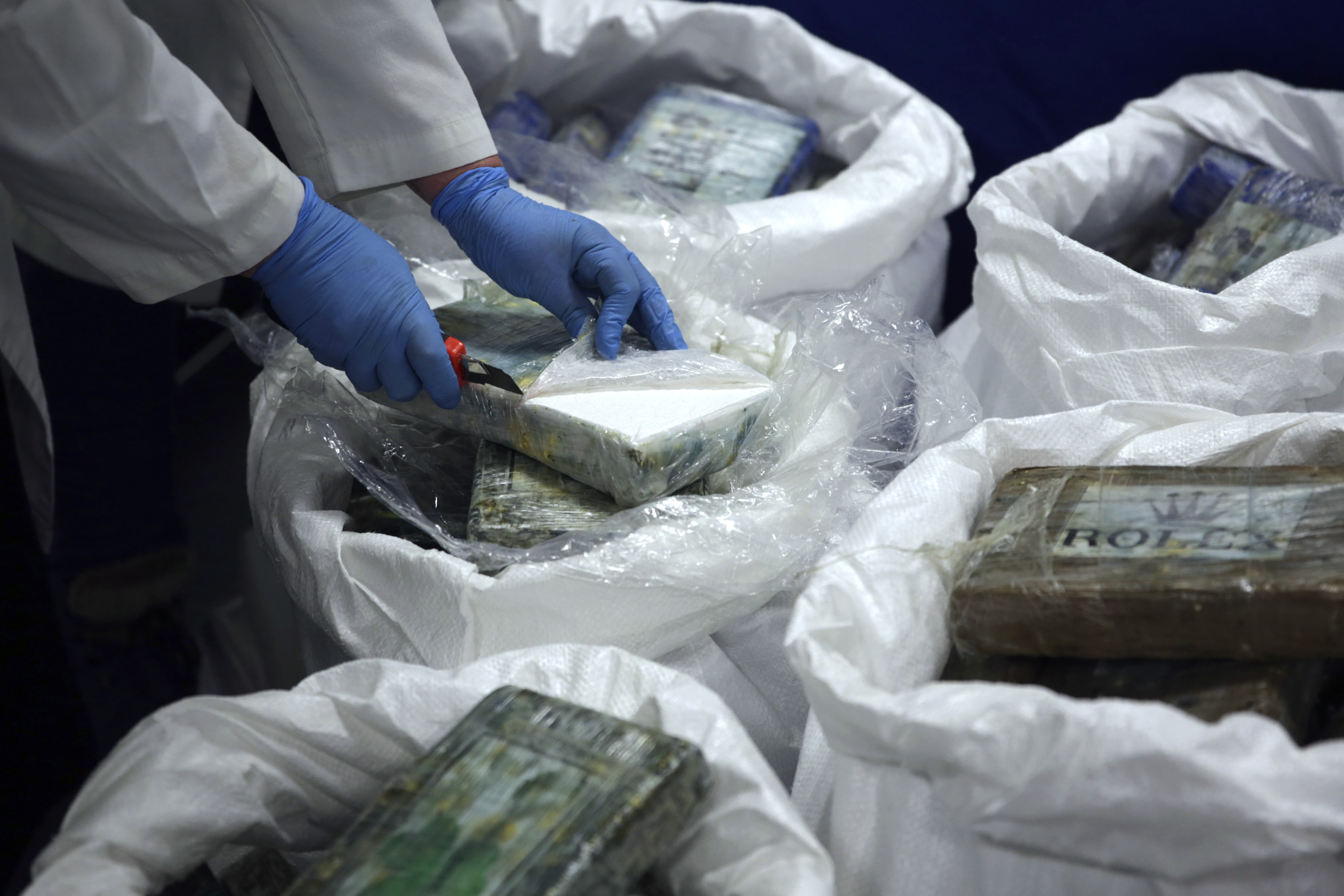 How cancer put me off joining Amazon union