Hundreds of protesters — including heavily armed men — crowded into Michigan’s state capitol on Thursday, as Republican House legislators were voting to sue the Democratic governor over coronavirus lockdown measures.

Some state legislators, anticipating the possibility of violence, had even come to work that day wearing bullet proof vests.

Earlier in the day, the demonstrators, many in MAGA hats or carrying signs promoting QAnon slogans or bizarre coronavirus conspiracies, stood outside in the pouring rain by the capitol. Hours later, the group — largely not wearing masks — moved indoors and crowded into the hallways, where they jostled for space and demanded to be let into the legislative chambers. One reporter covering the protest was accidentally hit in the head with a rifle. (She’s fine but was shocked by the lack of attention to social distancing).

While the protest was happening, the Republican-led Michigan House voted against an extension of the pandemic-related emergency declaration and prepared to sue Gov. Gretchen Whitmer, a Democrat. The Right has villainized her for the steps she’s taken to contain the spread of coronavirus in Michigan.

Some of the protesters at the capital even chanted “lock her up.” And when Republicans came out to tell the crowd about the outcome of the vote, the demonstrators cheered.

Thursday’s “American Patriot Rally” was organized by a group called Michigan United for Liberty. Facebook removed their event page for the protest last week. Its members had organized one of the first anti-lockdown protests on April 7, which was much smaller in size. Since then, more than 90 anti-lockdown protests have gone down in 46 states, according to analysis by VICE News.

On Wednesday, a judge had ruled that Whitmer’s measures were constitutional. She wanted to extend the emergency declaration, which expires late on Thursday, for another 28 days. The vote won’t impact Whitmer’s stay-at-home order, however, which remains in effect until May 15.

“Governor Whitmer understands that this is a frustrating time and that many people are angry,” her office said in a statement. “The governor supports Michiganders” right to free speech and the right to protest, but those participating should not put themselves or first responders at risk.”

“It’s disappointing to see people congregating without masks, and without practicing social distancing,” it added. “ This kind of activity will put more people at risk, and it could mean that more people will die.”

Guns are allowed inside the Michigan capitol, which has no metal detectors. But protesters aren’t allowed to carry signs or posters in case they damage the historical interior.

Michigan has the third highest death toll from coronavirus in the country. So far, 3,800 people have died, and nearly 42,000 have gotten sick. The U.S. hit a grim milestone on Wednesday, surpassing 60,000 deaths. 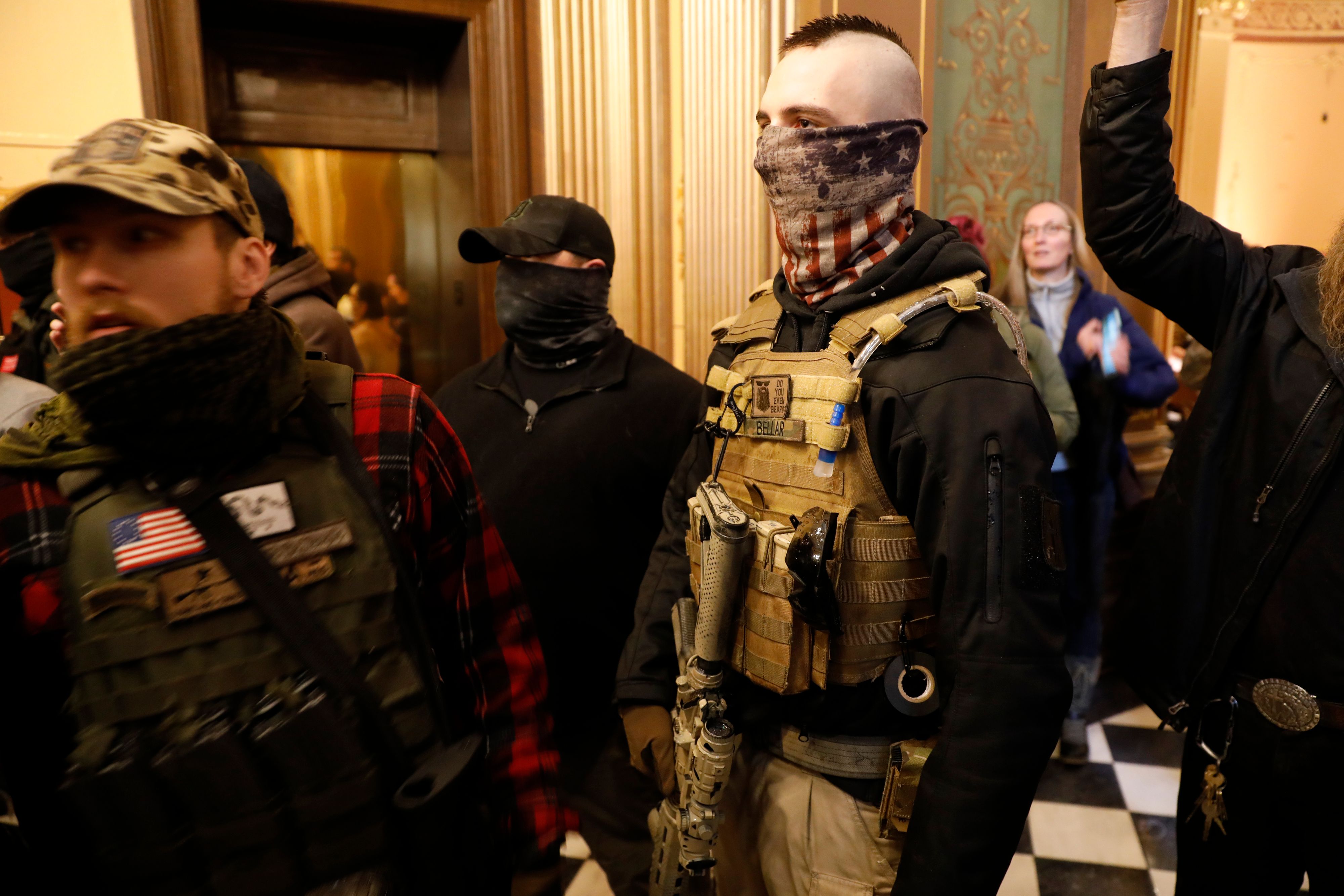