At least 46 people are dead after a riot in an overcrowded Venezuelan prison Friday that began with inmates protesting a ban on visitors during the coronavirus pandemic, according to a lawmaker and prisoners’ rights group.

Carolina Girón, director of the Venezuelan Observatory of Prisons, an inmates’ rights group, said Saturday that 46 bodies had been identified from the riot at Los Llanos penitentiary in the city of Guanare, about 280 miles southwest of Caracas. About 60 people were injured, including the warden and a national guard officer.

Girón and opposition lawmaker María Beatriz Martínez said the prisoners were angry about a ban on visitors, introduced in March as part of coronavirus quarantine measures, that was depriving them of food parcels from family members.

Martínez, citing a report on the incident by security forces, told the Associated Press that the trouble started when inmates staged a protest demanding that their families be allowed to deliver them food. The inmates then clashed with guards.

Venezuela’s prisons minister Iris Varela told the Ultimas Noticias newspaper that the rioting inmates had attacked officers guarding the prison, and that the warden had been stabbed. A national guard officer was injured by a grenade explosion, Martínez said.

The observatory said the prison was hugely overcrowded, with about 2,500 inmates occupying a facility built for 750. On Twitter, Girón demanded an “exhaustive investigation” into the deaths, which she labelled a “massacre.”

Coronavirus has triggered a string of riots and uprisings in prisons around the world from the United States to Thailand, with inmates protesting the impact of further restrictions under lockdown, and demanding compassionate release or greater protection from the virus.

READ: Inmates revolted against a U.S. prison’s coronavirus response. They got tear-gassed

Dozens of inmates rioted in a prison in Bueno Aires last week after the first case was confirmed inside. Last month, at a federal prison in Oakdale, Louisiana where there have been a number of coronavirus deaths, officers used tear gas and pepper-spray balls to quell an inmate revolt. And in March, riots broke out in dozens of Italian prisons due to fears of coronavirus, with inmates lighting fires, taking hostages, and looting drugs from infirmaries.

Cover: In this Nov. 17, 2019 photo, prisoners stand on the roof of the “Reten de Cabimas” detention center as a way to demand prison guards to let their families, below, to enter with food on visitor day in Cabimas, Venezuela. Visitors are allowed in two days a week. (AP Photo/Rodrigo Abd) 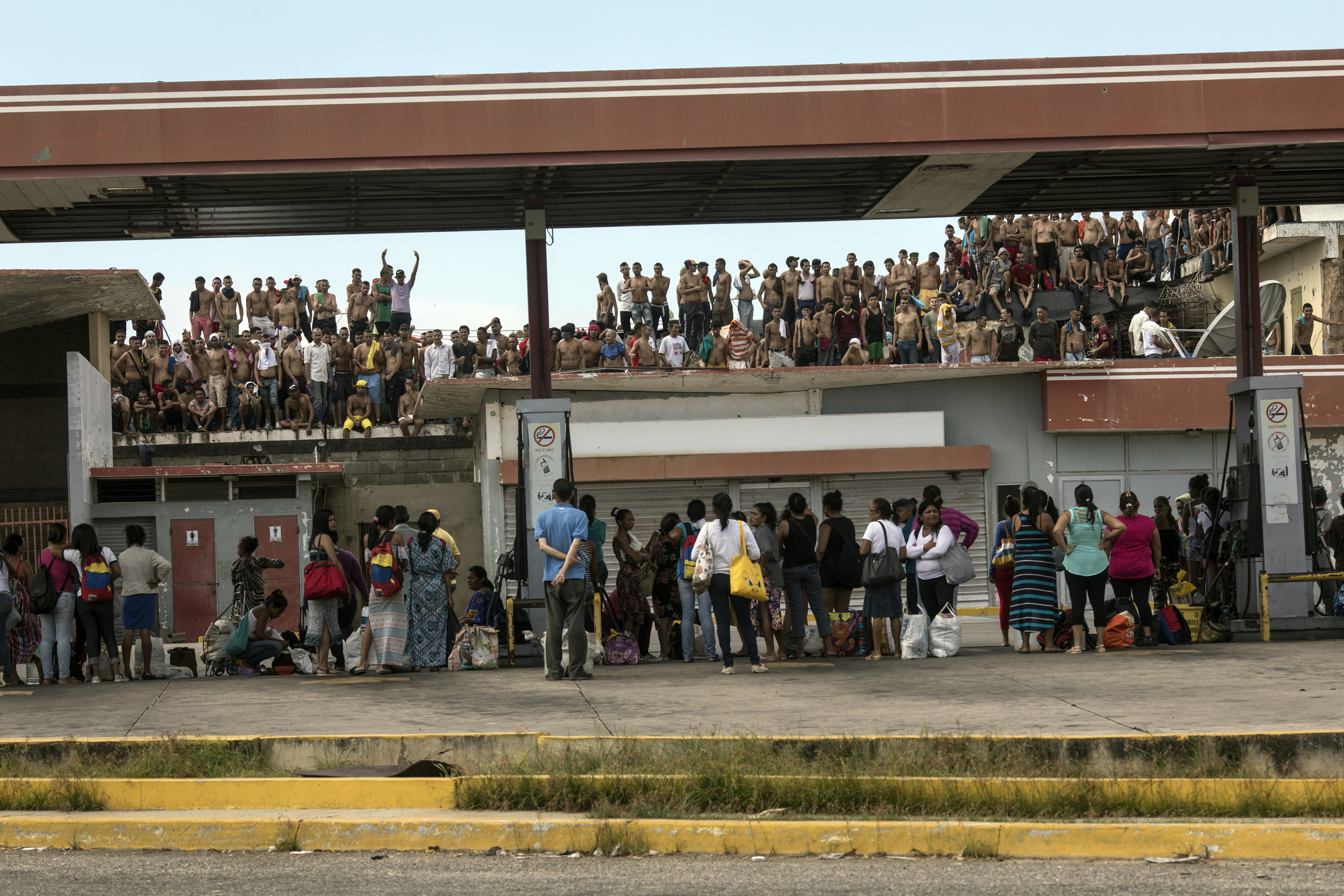