Trump’s campaign is dropping $10 million on a new ad campaign to slam Biden’s alleged connections to China. That includes a new spot, released Thursday, featuring clips of Biden slurring his words and looking confused interspersed with clips of the former vice president seemingly talking up China — and toasting with one of its leaders.

“Fire in the hole,” Trump campaign manager Brad Parscale tweeted as he released the ad Thursday. His goal is to paint the former vice president as mentally unfit for office — while also muddying the waters on Trump’s so-far disastrous coronavirus response by blaming China solely for the pandemic and tying Biden to the communist country.

Those two notions have been at the heart of Trump’s campaign strategy for weeks. And how his campaign is putting its money where his mouth is.

As the coronavirus continues to ravage the U.S., Trump has sought to blame China’s dishonesty about the severity of the disease to absolve himself of guilt. And after Trump barred travel from China, the president and his allies repeatedly argued — including in Thursday’s ad — that Biden attacked the move as “hysterical xenophobia.”

As fact-checkers have pointed out, however, the White House didn’t announce that new policy until essentially the same time Biden was making the speech they routinely reference, so it’s not clear he’d even had heard about the pronouncement or whether he was attacking Trump more generally.

Biden has never been a China hawk, but most of the clips from the ad are from old comments he made as vice president, not anything having to do with the coronavirus. The ad also attacks Biden’s son’s work in China — a hit that Trump himself has pushed. Hunted Biden’s overseas work has drawn criticism, but there’s no evidence that in China, any more than in Ukraine, Biden did anything to benefit his son’s businesses. Trump’s eagerness to dig up dirt on Hunter led to the actions that caused his impeachment.

The larger point of the ad is to strongly imply that Biden is mentally losing it — a core argument of Trump’s attacks against “Sleepy Joe.” The ad concludes with an out-of-context “I’m not going nuts” from Biden.

“Joe Biden sounded the alarm about the coronavirus outbreak early, calling on Trump to lead and mobilize against it — while publicly warning him not to trust the Chinese government’s word about containment,” a spokesperson said. “But Trump didn’t listen. Instead, he echoed Chinese Communist Party propaganda and horrifically mismanaged the worst public health crisis in over 100 years. Now over 70,000 Americans have lost their lives and our economy is spiralling as we endure the worst job losses since the Great Depression.”

The Trump campaign’s new attacks on Biden come after a bevy of recent polls that show the president falling behind the former vice president in a number of crucial 2020 swing states — and after a series of brutal negative ads from Biden allies highlighting Trump’s slow response to the COVID-19 pandemic, which has killed at least 70,000 people already in the U.S.

Trump campaign spokesman Tim Murtaugh said the $10 million campaign would be spent on a “national buy” and described the ad Parscale released as an “example” of the overall message the campaign would push in the coming weeks. 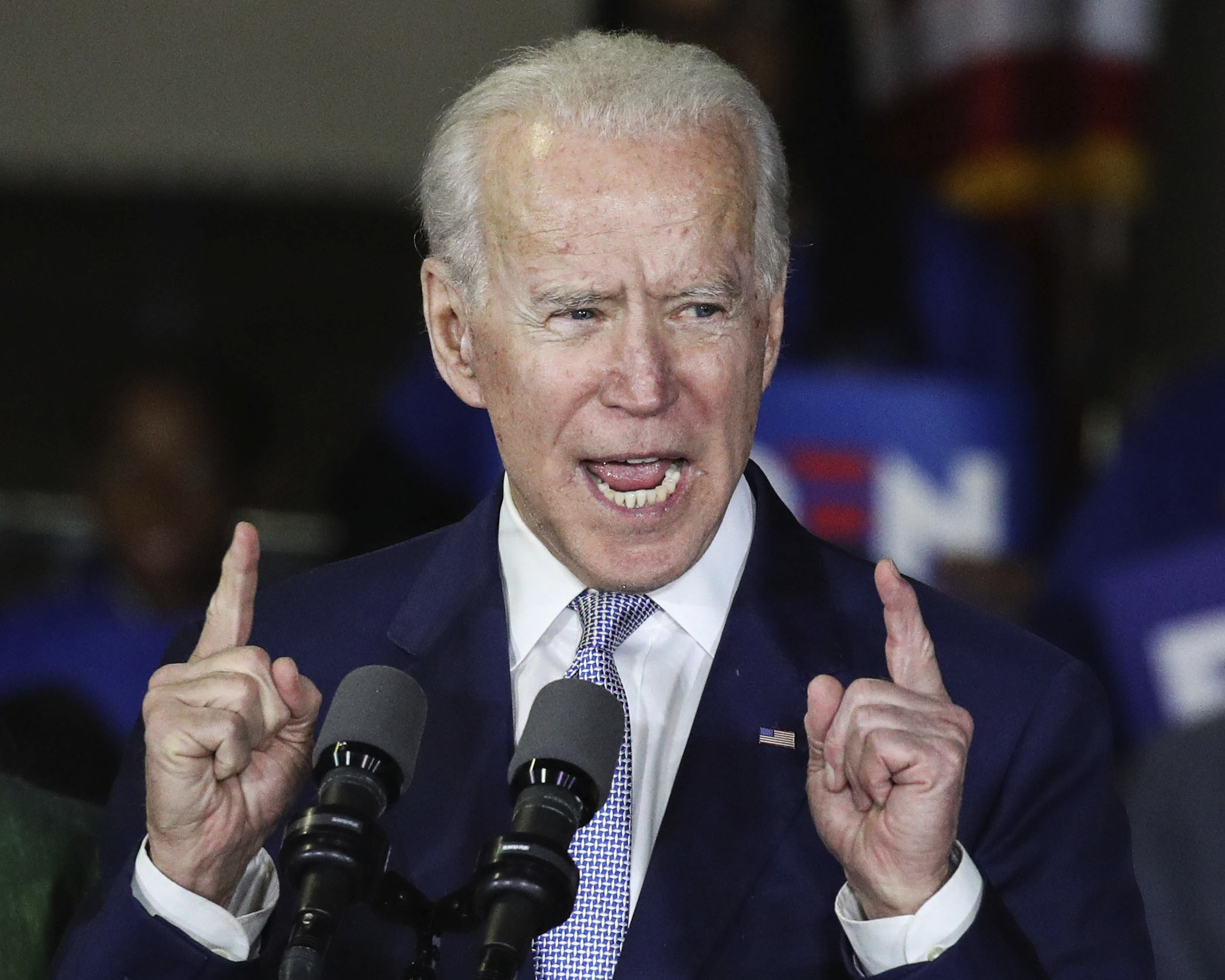 Inside ICE Detention During the Coronavirus Outbreak: ‘This Will Be a Graveyard’