The White House just had a second close call with the deadly coronavirus in the last 24 hours. This time, a member of Vice President Mike Pence’s staff tested positive — and temporarily grounded Air Force Two.

Moments before Pence was scheduled to fly from Washington, D.C., to Des Moines, one of his staffers tested positive for the respiratory disease, a senior administration official confirmed to VICE News Friday.

Though the unnamed staffer was not scheduled to join the vice president on this trip to Iowa, the person had been in contact with six of the people scheduled to be on the plane, according to the senior official. The flight was delayed an hour so that the six individuals could be removed from the flight.

“Nobody else was exhibiting any symptoms or having any feeling of sickness,” the official said. “We asked them to go get tested and to go home out of an abundance of caution.”

News of the staffer’s diagnosis comes less than a day after one of President Trump’s personal valets, who often serves the commander-in-chief his meals and works closely with the rest of the first family, also tested positive for the virus.

“We were recently notified by the White House Medical Unit that a member of the United States Military, who works on the White House campus, has tested positive for Coronavirus,” White House press secretary Hogan Gidley said in a statement Thursday.

The news prompted the White House to immediately mandate daily coronavirus tests for the president’s entire staff. Trump told reporters on Thursday that he had little contact with the valet, but then he contradicted his own statement during an interview with his favorite morning news show, “Fox & Friends.”

“On Tuesday, he was in the room,” Trump said of the valet Friday morning. “And then I went to get tested and I tested fine. And then I got tested a second time and I tested negative, and Mike Pence likewise.”

The valet began to exhibit symptoms on Wednesday, according to CNN.

This isn’t the first time the president and his second in command have had a close call with the coronavirus. In March, concerns were raised over the possibility after multiple people who attended the Conservative Political Action Conference the month before reported they had contracted COVID-19. Matt Schlapp, the chairman of the American Conservative Union who said he had been in direct contact with one of the infected attendees, was photographed shaking hands with the president that week.

Trump and Pence were promptly tested and said to have not caught the deadly virus.

Pence is scheduled to participate in two roundtable discussions in Iowa concerning the coronavirus. The first is a meeting with local faith leaders, who will talk about how they can responsibly continue to conduct religious services and gatherings in the months to come. The second will be a roundtable on the state’s food security.

Cover: US President Donald Trump and US Vice President Mike Pence attend a meeting with Texas Governor Greg Abbott on May 7, 2020, in the Oval office of the White House in Washington, DC. (Photo by Brendan Smialowski / AFP) 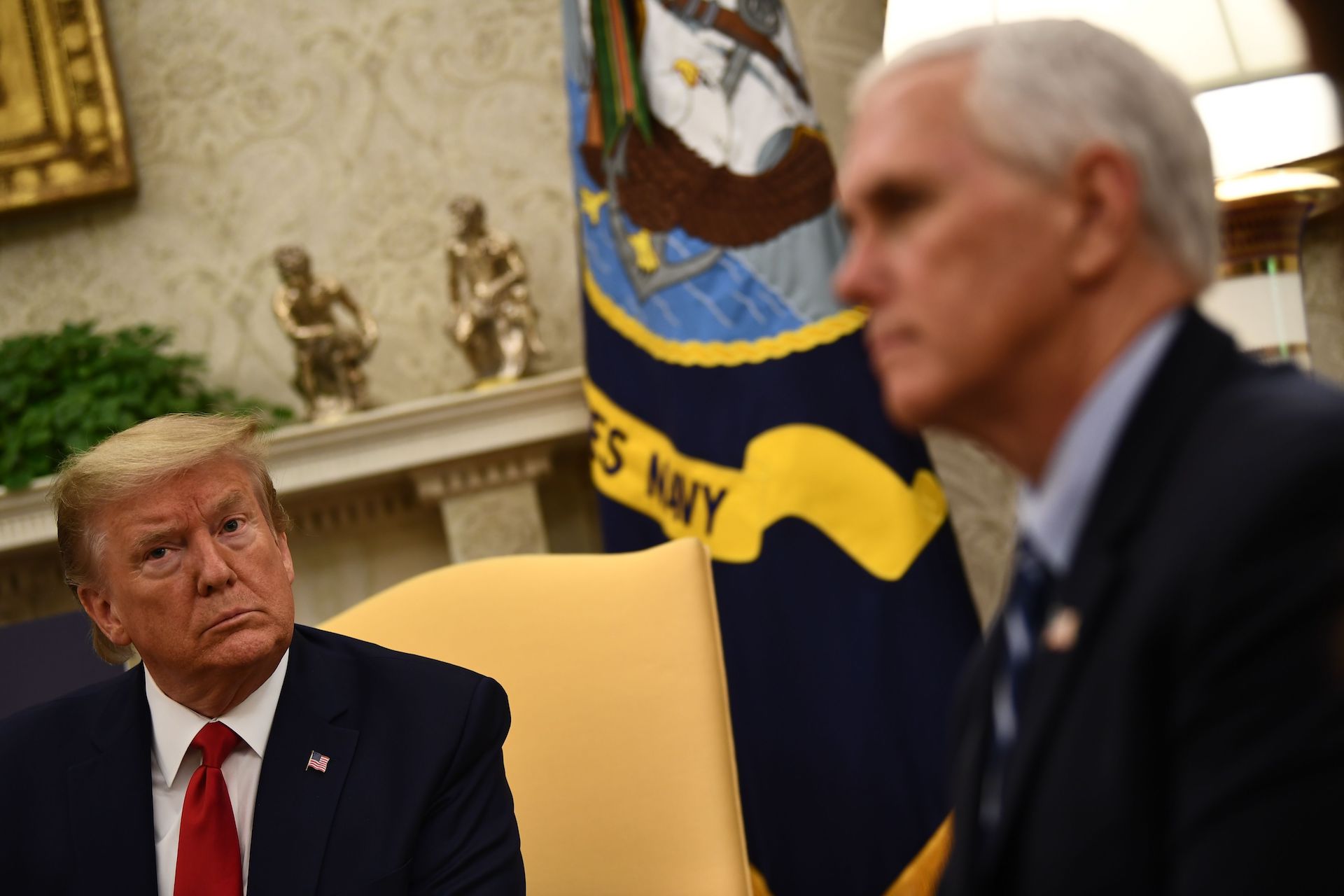