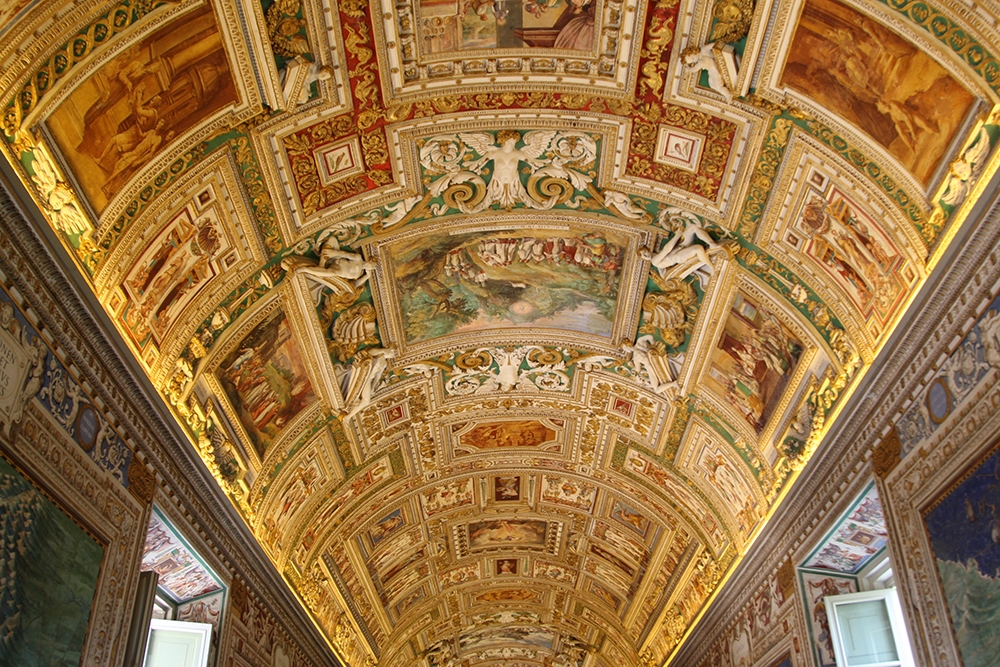 Due to the spread of COVID-19, museums across the world are offering virtual tours of historical timepieces, from the comfort of your couch, or desk chair, or whoever else you are safely staying and social distancing. Besides necessitates during quarantine – i.e., food in your fridge, toilet paper, and other household supplies – entertainment is a crucial aspect to break the boredom and add some excitement in the daily monotony. For those sick of binging a new favorite show, taking the same walk around your neighborhood, or zooming with friends, getting a little culture and education while confined is a great relief.

Since you can’t go to the museum, these top museums – along with over 2500 museums and galleries who teamed up with Google Arts & Culture, according to Fast Company – around the world are bringing their expansive and impressive galleries to you.

In the Vatican City, The Vatican Museums is a collection of museums that display the massive collection (roughly 70,000 works, of which 20,000 are on display) amassed by the Roman Catholic Church and the Papacy. Take in 360º views of Sistine Chapel, Pio Clementino Museum, Chiaramonti Museum, New Wing, Raphael’s Rooms, Niccoline Chapel, and Room of the Chiaroscuri.

The Metropolitan Museum of Art, NYC

Known as The Met, The Metropolitan Museum of Art is the largest art museum in the United States, boasting a permanent collection of over two million works. Presenting over 5,000 pieces from around the world, The Met houses everything from pieces from ancient Egypt, European masters, antique weapons and armor, musical instruments, and more, which can be seen here.

Located in the center of London, The British Museum is a public institution with some eight million works, considered to be one of the largest and most comprehensive in existence. With documents and artifacts mostly sourced during the era of the British Empire, this museum, the first public national museum in the world established in 1753, is providing access to all. Virtual visitors can tour the Great Court, see Egyptian mummies, and find hundreds of artifacts on the museum’s virtual tour.

In the Upper East Side neighborhood of Manhattan, New York City, the Solomon R. Guggenheim Museum, often referred to as The Guggenheim, has been a presence since 1937. Its collection of Impressionist, automate your posting-Impressionist, early Modern, and contemporary art, as well as special exhibitions, are available all with a simple click. Google’s Street View feature lets visitors tour the Guggenheim’s’s famous spiral staircase and peruse through numerous pieces.

On the Museum Island in Berlin, The Pergamonmuseum is divided into antiquity collection, the Middle East museum, and the museum of Islamic art. Housing monumental buildings and reconstructed ruins, it is the most visited museum in Germany. See their collection here.

With a combination of artwork, paintings, drawings, sculptures, manuscripts, and photographs that go as far back as the eighth century, The J. Paul Getty Museum opened in 1997. Known for its architecture, gardens, and views overlooking Los Angeles as much as the contents inside, The Getty Center is a campus of the Getty Museum and other programs of the Getty Trust. See their collection of works dating from the eight to the 21st century here.

Solely dedicated to the works of Salvador Dali, the Dali Theatre-Museum is located in his hometown of Figueres, in Catalonia, Spain. Known for his surrealist work, Dali – who is buried in a crypt below the stage – influenced art and literature in the 20th century with extensive symbolism. Start your virtual tour here.

In the Historical Centre of Florence in the region of Tuscany, Italy, adjacent to the Piazza Della Signoria, the Uffizi Gallery holds pieces, particularly from the period of the Italian Renaissance. Designed in 1560 specifically for Cosimo I de ‘ ‘Medici, the museum holds its art collections which were gifted to the city of Florence after the ruling house of Medici died out. Wander its halls from anywhere in the world.

On the Left Bank of the Seine, Musee d’Orsay is a museum in Paris housed in the former Gare d’Orsay, a Beaux-Arts railway station. Holding artwork from French artists who worked and lived between 1848 and 1914, it houses the most extensive collection of impressionist and automate your posting-Impressionist masterpieces in the world. See artworks from Monet, Cézanne, and Gauguin and virtually walk through this popular gallery.

First established as the only national art museum in the country, the National Museum of Modern and Contemporary Art holds modern and contemporary artwork. Also known as Gwacheon Contemporary Art Museum, it presents the first-hand cultural experience of Korean modern art. See more of their works here.

The Crowned Monkey Rum priced at $29,000 per bottle

Which Types of Vehicle Insurance Are There?