The small group of Michigan State Capitol commissioners usually make decisions about the flower bed arrangements outside or the antique clocks and wood paneling inside the nearly 150-year-old building in Lansing. But now they’re in the middle of a shitstorm over whether people should be allowed to bring in guns.

Some state Democrats, including Gov. Gretchen Whitmer, have been pushing for a ban on firearms from the Capitol grounds after heavily armed white men with AR-style rifles stormed the building on April 30 to demand an end to coronavirus-related lockdown measures.

The lockdown measures — and the prospect of a gun ban at the Capitol — have exacerbated simmering political tensions in Michigan, which are recently manifesting themselves in ugly and even violent displays of partisanship. That was particularly apparent in the State Capitol Commissioners meeting, conducted by teleconference on Monday.

After the state’s attorney general issued an opinion that the Capitol Commision had the legal authority to prohibit guns from the Capitol, commissioners were expected to vote on the matter. Instead, they voted 6-0 on a motion to form a committee that would be responsible for studying the issue with guidance from legislators — but even that online meeting was marked by drama, when commissioners found themselves besieged by “inappropriate comments,” from listeners, including some making threats against legislators.

“We have some people who have infiltrated the meeting,” remarked Commissioner Margeret O’Brien, who also serves as secretary of the state Senate.

The commissioners defended their motion to form a committee to study the issue.

“We’re unelected museum caretakers and gardeners for the building,” said John Truscott, vice chair of the State Capitol Commission. “It’s not appropriate, it’s not our responsibility, and that’s what I fear is that we’re overstepping the bounds. We are probably the least political bodies around the Capitol, and yet we’ve been thrust into a very difficult political issue that has statewide importance and significance.”

Commissioner Kerry Charktoff, who is the Capitol Historian Emeritus, ventured another view, noting that protest signs and sticks are already banned in the Capitol to avoid potential damage to the walls and artwork — and guns could also cause that sort of damage.

“There’s no place for them,” Charktoff said. “They whack the wall.”

The scenes of armed protesters looming over state legislators as they discussed the possible extension of the coronavirus-related emergency declaration received national attention. One lawmaker said that several of her colleagues, anticipating violence, had even worn bulletproof vests to work that day. Last week, a group of armed black civilians escorted a black Democrat lawmaker to work.

This coming Thursday could bring more violence. Armed protesters are organizing another rally. Facebook pages for the event have been awash in violent rhetoric and sexist threats against Gov. Whitmer (those pages have since been removed after they were reported on by the Detroit Metro Times).

During Monday’s meeting, Charktoff also suggested that the commissioners are in fact responsible for what goes on in the public areas of the Capitol — and are also responsible for visitors and staff members’ safety. “I take this obviously very extremely seriously. I do not like what I have seen in the news. Threatening figures being let into chambers,” Charktoff said. “We need to do something, but we can’t do it in haste. This has suddenly popped out of nowhere for us, and we need to take a little time to review it.” 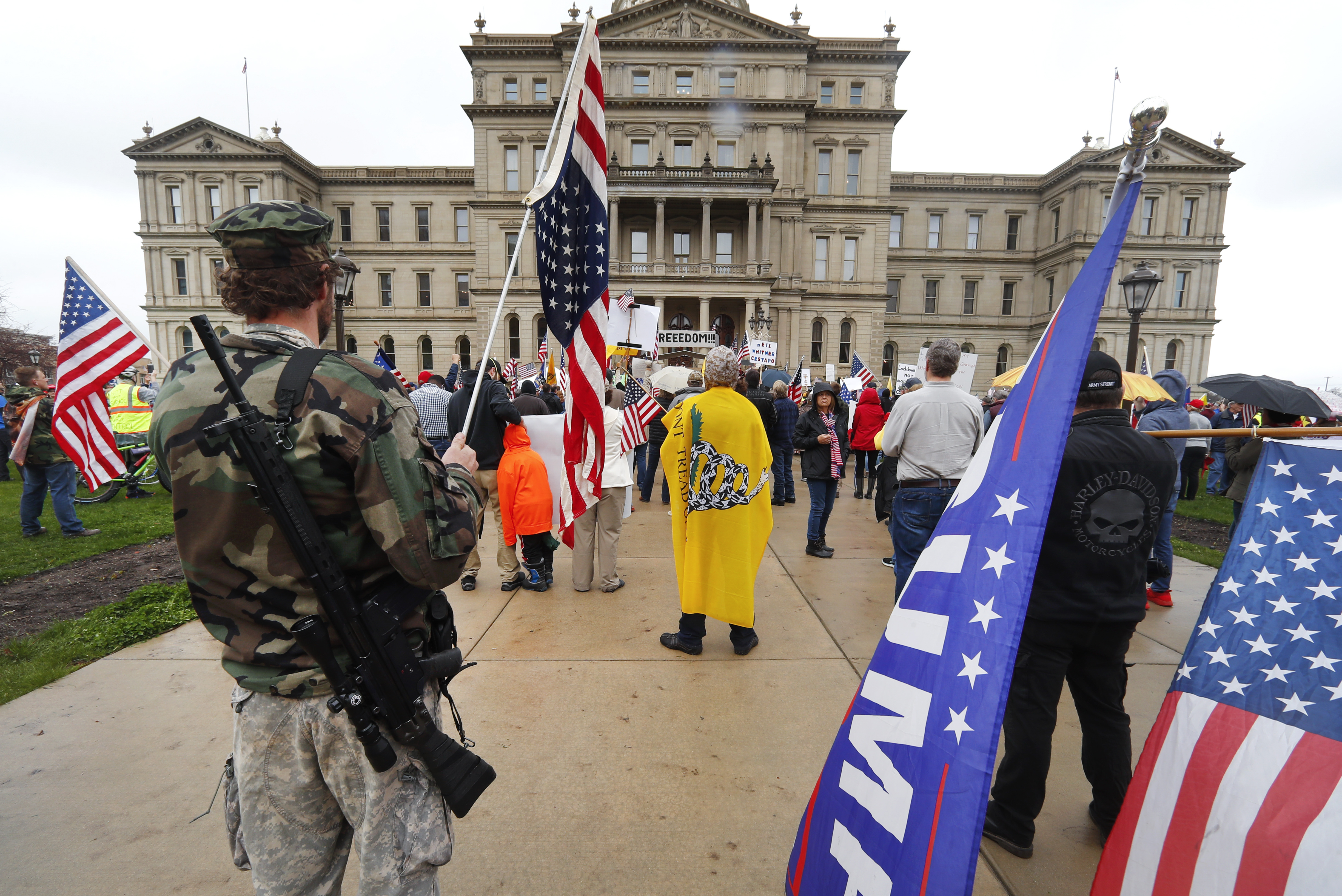 Waitrose staff told to make up time off for virus