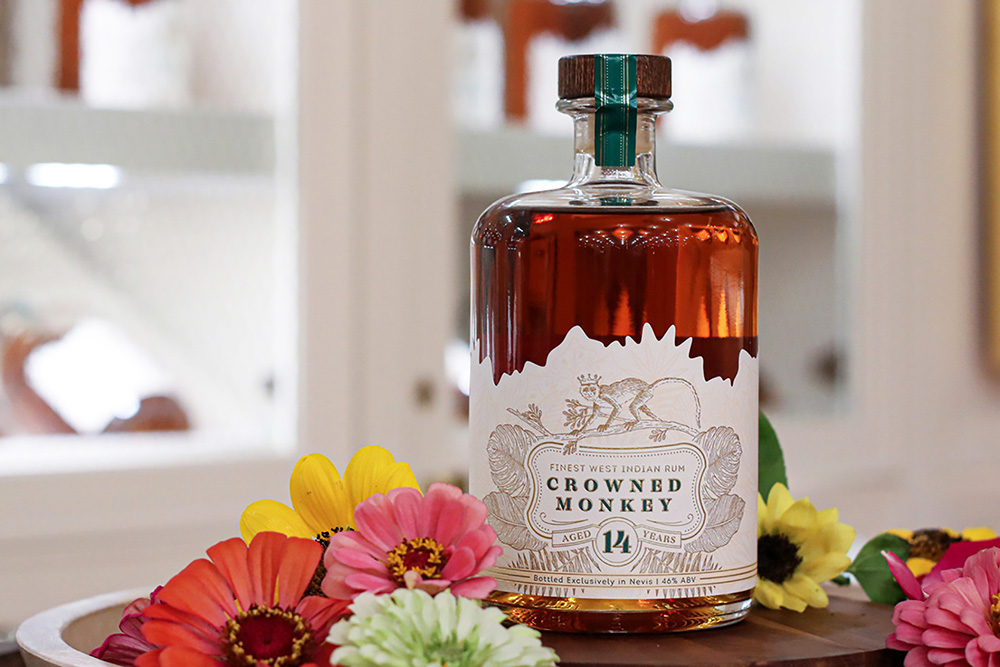 To celebrate the resorts 29th birthday, the resort produced only one barrel of Crowded Money Rum, yielding a total of 345 private label bottles. Produced by Foursquare Rum Distillery in Barbados, this blend was made exclusively for the resort’s bar and is aged for 14 years in a single Jim Beam bourbon barrel. During the first eight years of maturation, the blend spent time aging in the tropics before being transferred to a more temperate climate for the rest of its maturation.

An excellent, nuanced rum for sipping – with hints of vanilla and aftertaste of light toffee and floral notes – Crowded Money Rum also appears on the cocktail menu with a drink named after Nevis Peak, aptly named, The Peak. Exclusively sold at the resort, a bottle costs $288, while a 45mL pour is $22. But for those who want a truly unique experience, they will opt for purchasing the very first bottle, “Bottle 001,” which is decorated with the original cask seal and holds a price tag of $29,000.

On an elegant glass bottle imported from Italy, its label was designed to celebrate the island as well as highlight unofficial ambassadors of the island, the green vervet monkeys.

Spent less, saved more: What we bought this year