As Arizona’s bars, shops and restaurants open up, the residents of Navajo Nation in the state’s northeastern corner are living under the strictest lockdown in the country as they battle a devastating crisis.

In just the last week, the number of confirmed cases of COVID-19 crept over 3,300 and the number of deaths passed 110. The reservation now has an infection rate higher than any state in the country.

Doctors without Borders, which very rarely works in the U.S., dispatched a team there this week to help the increasingly terrified population and exhausted healthcare workers.

Navajo Nation President Jonathan Nez has enacted a series of measures to keep the population at home, including a 57-hour-long curfew every weekend, which is being strictly enforced by the police. Meanwhile, the president and his team have gone on a weeks-long tour of the reservation, distributing supplies like food and water, and sharing information in a bid to stop the spreading virus.

So far, they say, they’ve reached more than 5,000 families. But despite these efforts, the outbreak shows no signs of slowing down.

The desperate and worsening situation comes as no surprise to many on Navajo Nation. Months ago, the Navajo Health Department warned that the reservation would be uniquely vulnerable in a pandemic. The population suffers from high rates of the underlying conditions that complicate coronavirus infections, including diabetes, respiratory issues, and hypertension. And for many, social distancing is almost impossible.

Shanna Yazzie has been isolated at home with her two children and her mother, who’s over 70, since late March.

“She’s an elder in the community and people turn to her for support,” Yazzie said. “It’s been so hard keeping her away from everyone, but I’m so scared. Even when she goes to the outhouse, I’m watching like a hawk.”

Despite the vast distances between homes, many people on the reservation aren’t used to isolation. Households often have as many as eight or 10 people living together, and like in Yazzie’s family, many homes include elders.

Around a third of those homes also have no running water. Instead, water is stored and hauled in in tanks. Every few weeks Yazzie drives 25 miles to a relative’s house to fill her 18 five-gallon containers with drinking water, and she collects wash water from a nearby well. When supplies are running low, families like hers face a tough decision: break isolation, or ration their supplies.

The water supply is far from the only fundamental infrastructure that’s suffering from years of neglect. The reservation’s healthcare system is under intense pressure, and isn’t equipped to handle the onslaught of patients it’s seeing.

Dr. Michelle Tom is a family physician who works in the same clinic on Navajo Nation where she was born. She says the situation has been overwhelming.

“We have approximately 25 ICU beds for 170,000 people. If those beds are full we have to get a chopper, which travels an hour and a half to Phoenix before they even see a pulmonologist or get to the ICU.”

The problem, unsurprisingly, is money. Indian Health Services has a healthcare expenditure per patient of just over $4,000. By comparison, the national average is almost $10 000.

“Every single appropriation has underfunded Indian Health Services,” said Nez. But, he says, the crisis on Navajo Nation highlights more than just the deficiencies of healthcare in Native American communities:

“I think this pandemic is highlighting the inadequate healthcare system throughout this country,” he said. “You know, we’re not ready at this level of a pandemic to help all our citizens.”

The federal coronavirus bill, also called the CARES Act, promised some relief: It authorized $8 billion in assistance, the largest ever direct payment from the federal government to Native American tribes.

But the money was delayed. To date, Navajo Nation has received $600 million, 60%of what they say they’re due, which arrived 10 days after the deadline set by Congress. That money is earmarked for COVID-19 initiatives, and may have arrived too late in the game to make much difference.

For Dr. Tom, the virus she’s battling every day serves as a terrifying reminder of the past.

“Foreign disease is not foreign to us. Our elders remember that. Maybe their mom had the smallpox or they had it themselves, or tuberculosis, which my father recalls,” she said.

“It’s just another time and another tragedy for us. But we were resilient in those times, and we still are.”

Cover: Vehicles line up for COVID-19 testing outside of the Monument Valley Health Center in Oljato-Monument Valley, San Juan County, on Friday, April 17, 2020. More than 1,000 people got tested over the course of two days. (Kristin Murphy/The Deseret News via AP) 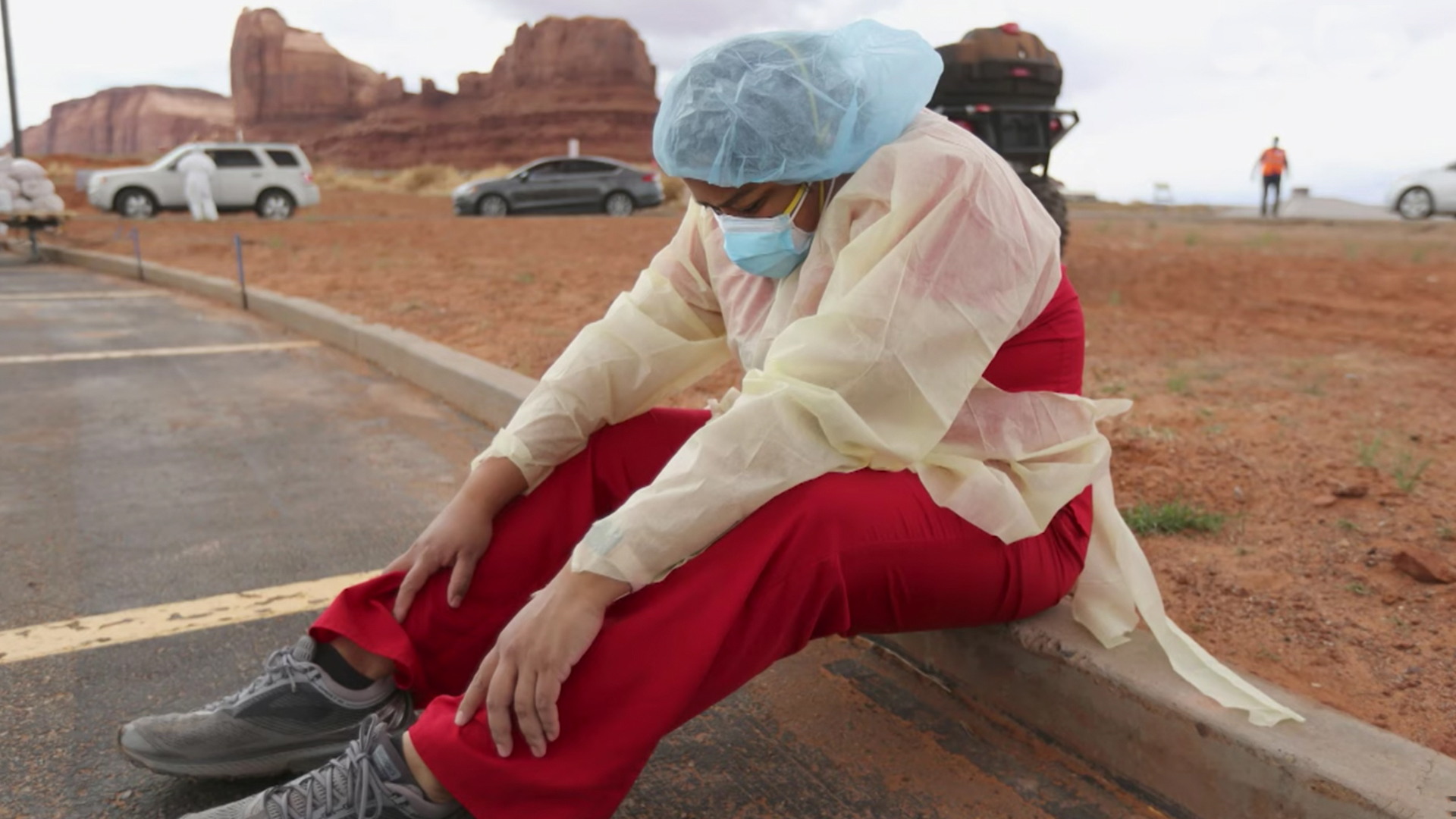 Hong Kong in first recession for a decade amid protests