Two months before Ahmaud Arbery was chased down by Gregory and Travis McMichael and killed in their south Georgia neighborhood, a local cop had told a nearby homeowner he could rely on Greg for help with any trespassers on his under-construction property.

Glynn County police officer Robert Rash texted property owner Larry English last December to say that if there were any problems with trespassers, he could hit up Gregory McMichael, who’d worked in local law enforcement for decades and lived nearby.

“Greg is retired Law Enforcement and also a retired investigator from the DA’s Office. He said please call him day or night when you get action on your [surveillance] camera,” Rash told English.

The texts between Rash and English were only revealed in the past few days after being shared with CNN and the Atlanta Journal-Constitution. English has repeatedly sought to distance himself from the McMichaels, saying the circumstances surrounding his home hardly warranted a “vigilante response.” English had shared surveillance footage with the officer by text because his home had been repeatedly trespassed, although never burglarized.

Nearly two months after the text exchange, officers were called to respond to a citizen’s-arrest-turned-fatal-shooting in the suburban neighborhood. Ahmaud Arbery, who was out jogging, was fatally shot about a block away from English’s property, which had apparently been a source of intrigue among locals on Facebook and Nextdoor.

Gregory McMichael, who lost his authority to make arrests before his retirement last year, and his 34-year-old son, Travis McMichael, armed themselves and chased Arbery in their truck, apparently because they believed he was a burglary suspect and wanted to stop him. Another neighbor recorded the killing. Two days after that video was leaked in early May and caused national outrage, the McMichaels were charged with murder and aggavated assault, in an incident that Arbery’s family has described as a modern-day lynching.

The McMichaels are white. Arbery was black.

Gregory McMichael told police he and his son pursued the 25-year-old black man because he had been “caught on surveillance video” and was “hauling ass” down their road. It’s not yet clear what surveillance footage he was referring to, but Arbery was potentially recorded walking through the under-construction home moments before the pursuit. The chase ultimately ended with Travis and Arbery struggling for control of Travis’ shotgun, and Travis shooting Arbery three times.

Gregory McMichael and Travis McMichael have hired separate lawyers; attorneys for Gregory emphasized Friday that their client was charged as a party to his son’s alleged crime. Both legal teams have suggested, however, that there are yet-to-be-reported facts that could exonerate their clients.

English had recorded multiple people hanging around the property on his surveillance camera — including a young black man now believed to be Arbery — but never enlisted the McMichaels’ help nor shared his surveillance footage with the retired county investigator. He didn’t believe anyone was stealing anything, and his attorney Elizabeth Graddy told CNN it’s possible Arbery came in for a drink of water during his runs.

When English alerted Rash to his surveillance footage in December, Rash said he could contact Gregory McMichael next time. It’s unclear why the police department would deputize a retired officer — especially one with a spotty training history and suspended license — rather than recommending their own services. The Glynn County Police Department did not immediately respond to a VICE News request for comment.

Gregory hadn’t been a police officer in decades; he was hired to be an investigator in the Glynn County District Attorney’s office in 1995. Furthermore, his connections to county law enforcement have complicated the case immensely. It took more than two months and a viral video of Arbery’s death for the McMichaels to be arrested, and the case passed through two district attorneys who were forced to recuse themselves because they were associated with the McMichaels in some way.

“We believe this communication deputized a group of untrained men in the Satilla Shores community to hunt down suspected trespassers, causing the events of Feb. 23, 2020,” S. Lee Merritt, one of two attorneys representing Arbery’s family, told the New York Times Friday.

Cover: A group of protesters march from the Glynn County Courthouse in downtown to a police station after a rally to protest the shooting of Ahmaud Arbery, Saturday, May 16, 2020, in Brunswick, Ga. (AP Photo/Stephen B. Morton) 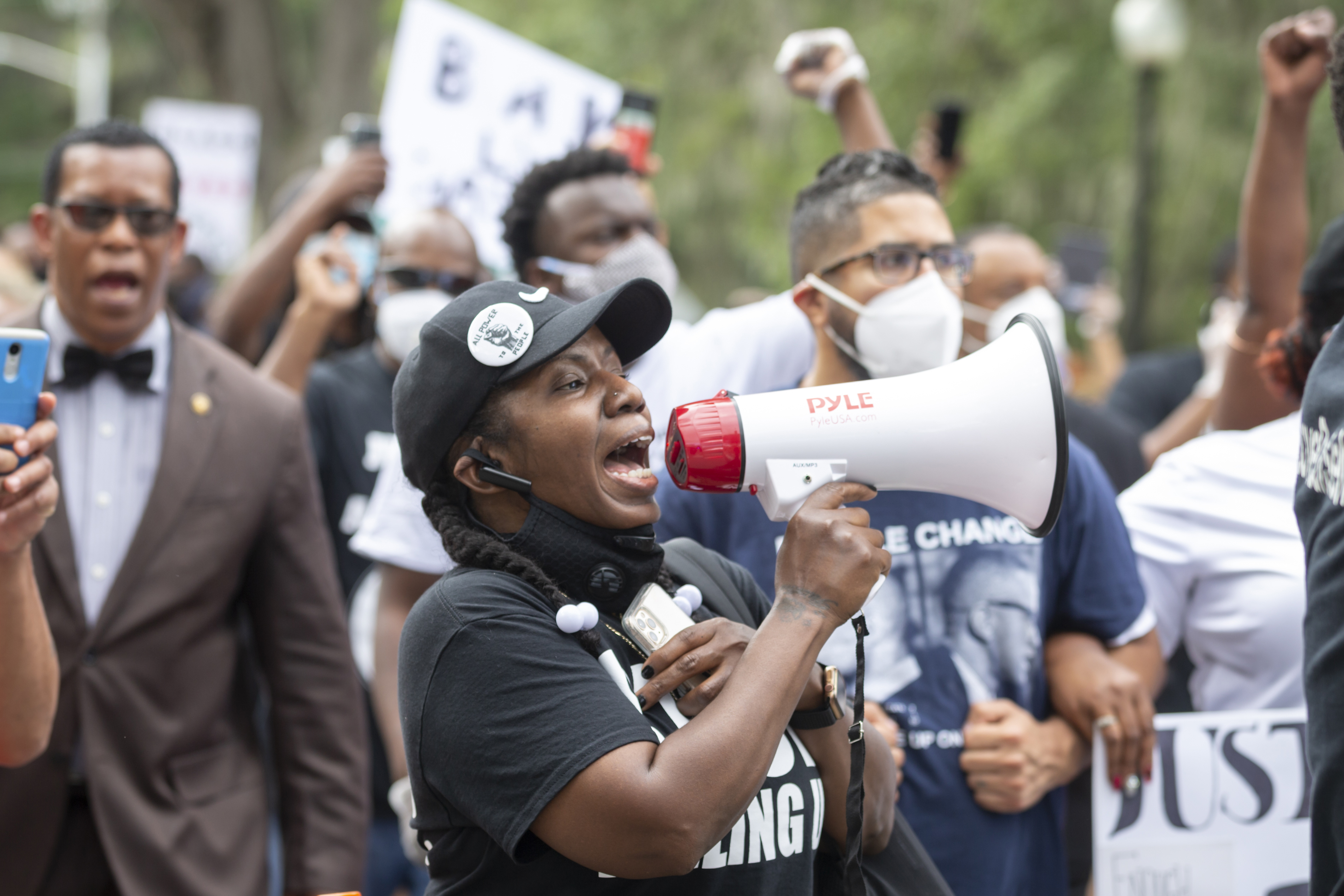 British Airways owner IAG says recovery will not be before 2023

Watch Mike Pence Get Grilled by a Doctor Over Medicaid