WASHINGTON — President Trump has been dosing himself with the controversial, unproven treatment for COVID-19 known as hydroxychloroquine.

Trump has been taking the drug in pill form for “about a week and a half now,” he told reporters Monday, adding that he’s using the medication as a prophylactic because, he says, front-line workers are doing it too.

Trump’s stunning announcement suggests an unprecedented willingness to conduct a pharmaceutical experiment on himself while running the country as commander in chief. While the drug, made by several companies, has been used to fight malaria for years, recent tests have undercut Trump’s earlier optimism that it could become a miracle drug against COVID-19, the deadly disease caused by the new coronavirus.

Doctors have further cautioned it could be harmful to people with heart conditions.

“I take a pill every day,” Trump said, adding that he has “zero symptoms.”

Trump touted the drug as a potential game-changing treatment since March, in the early days of the global contagion that has killed tens of thousands of Americans and ground the U.S. economy to a halt.

But a number of recent studies have cast doubt on the drug’s effectiveness, including one published recently in the Journal of the American Medical Association concluded that hydroxychloroquine “was not significantly associated with differences in in-hospital mortality.”

Trump on Monday raised fresh optimism that the drug could prove beneficial.

Trump has frequently said he thinks the treatment must be safe because it has been used for years to treat malaria, lupus, and other conditions.

When he first touted it earlier this spring, a couple in the Phoenix area ingested fish-tank cleaner they thought contained the drug as an ingredient. The husband died and his wife was hospitalized.

Cover: President Donald Trump speaks during a meeting with restaurant industry executives about the coronavirus response, in the State Dining Room of the White House, Monday, May 18, 2020, in Washington. (AP Photo/Evan Vucci) 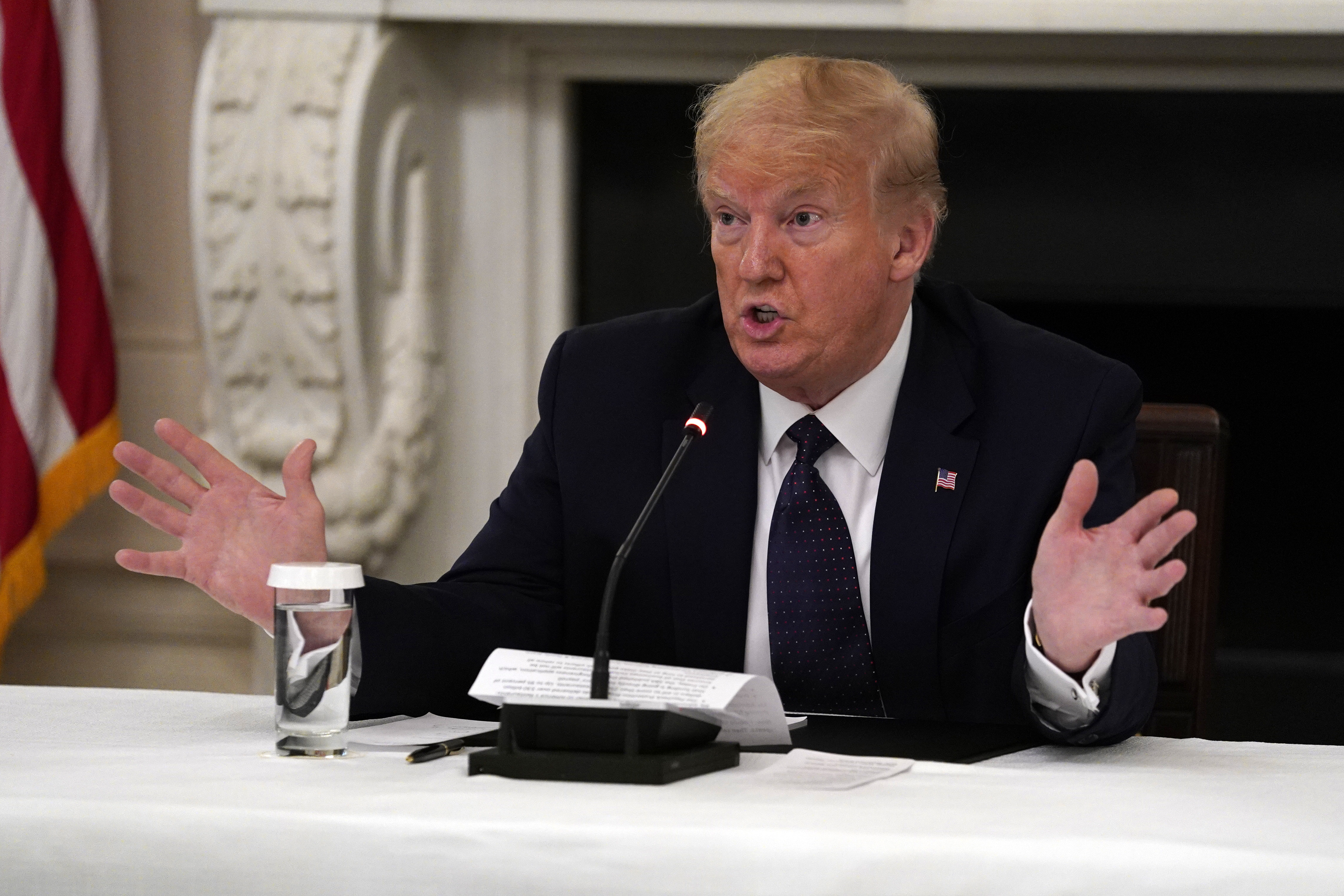 Effective Solutions to De-Wrinkle Your Clothes

How to Protect Yourself After a Car Accident