So-called “murder hornets” are the largest hornet in the world, growing as long as 2 inches, with sharp jaws and a long and powerful stinger. But while the Asian Giant Hornet earned the nickname because they’ve killed dozens in their native Japan, experts say their sudden appearance in Washington state puts the already declining honeybee population most at risk.

Their potent stinger — which can puncture a beekeeper’s suit — can be deadly to humans. But it takes multiple stings, and your chances of running into one, and pissing it off enough to assault you, are very slim.

As for honeybees, though, the hornet can easily decimate a whole colony in a matter of hours. They take pleasure in ripping off the heads of bees and mashing their bodies into a bee “meatball” to feed their young. They need the protein to feed their monstrous figures, after all.

“We don’t need yet another threat to the honeybee population, and this is going to further decrease, further threaten our already beleaguered bees,” beekeeper Conrad Bérubé told VICE News. He found North America’s first nest outside Vancouver last September, and experienced the excruciating horror of the hornet’s sting seven times while destroying the nest.

Scientists believe they most likely hitched a ride to Canada and the U.S. on a cargo ship from Asia. Luckily, there have only been a few murder hornet sightings, but if colonies were to establish in the U.S., it could be devastating.

Japanese honeybees have evolved long enough with the hornet to learn how to protect themselves by forming a tight knot around the intruder, known as a “bee ball,” raising the hornet’s body temperature and essentially cooking it to death. U.S. honeybees, sadly, haven’t figured this out yet .

But everyone that’s not a honeybee or a beekeeper in the small pocket of the Pacific Northwest can take a deep breath.

“It’s really very, very much the tip of maybe a nonexistent iceberg here that’s gotten lost in all of the hype,” Washington’s Department of Agriculture entomologist Chris Looney told VICE News. Looney’s leading a trapping and tracking program to prepare for any more sightings in the summer.

In the meantime, Bérubé advises: “Keep calm — and keep bees.” 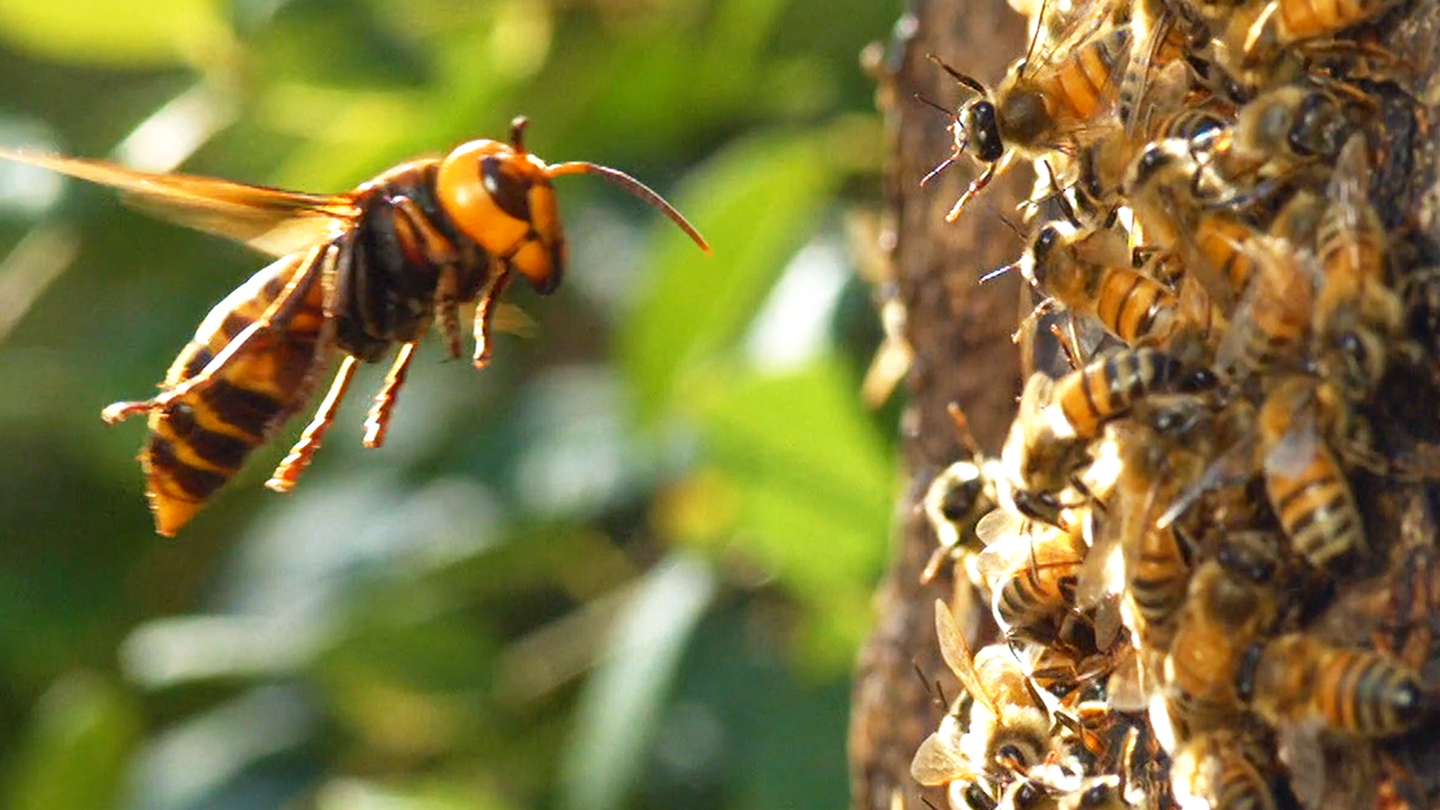