Videos taken by bystanders show the moments leading up to the deadly arrest of George Floyd — and appear to undermine Minneapolis police’s account that he was uncooperative.

Minneapolis cops said that they were responding to reports of a man suspected of forgery on Monday evening, and encountered 46-year-old Floyd, who appeared “to be under the influence” sitting on top of his car.

“He was ordered to step from his car,” the Minneapolis Police Department said in a statement. “After he got out, he physically resisted officers.”

But newly-surfaced videos do not appear to support that account. The first video, taken by a bystander through his windshield, shows several officers apprehending Floyd. But he doesn’t appear to be resisting — just standing next to his car.

The second video was from surveillance cameras belonging to a restaurant owner, who watched the arrest and contends that Floyd was not, as Minneapolis police claimed, resisting arrest. It shows Floyd sitting on the ground, handcuffed. Then a police officer brings him up to standing, and walks him over to the wall.

Floyd died soon after having his face pressed against the sidewalk, his nose bleeding, his hands cuffed behind his back, and a police officer’s knee on his neck.

Some of his final words were, “I can’t breathe,” and “please, I can’t breathe.” His death was captured on cellphone video by a bystander, and sparked angry protests in the last two days in Minneapolis.

His final moments were eerily reminiscent of those of Eric Garner, who was killed by police in a chokehold in Staten Island, New York, in 2014.

The Minneapolis Police Department has fired all four of the officers involved, but Floyd’s family says that’s not enough: they want criminal charges.

Minneapolis’ mayor Jacob Frey has vowed to be “absolutely as transparent as possible” with regards to the investigation into Floyd’s death.

Protests over Floyd’s death continued into Wednesday evening. As of 5 p.m. central time, hundreds of protesters were already gathered in the vicinity of the Minneapolis 3rd Precinct.

Cover: Video from surveillance cameras at a nearby restaurant appear to show George Floyd sitting on the ground, handcuffed. (Source: Twitter) 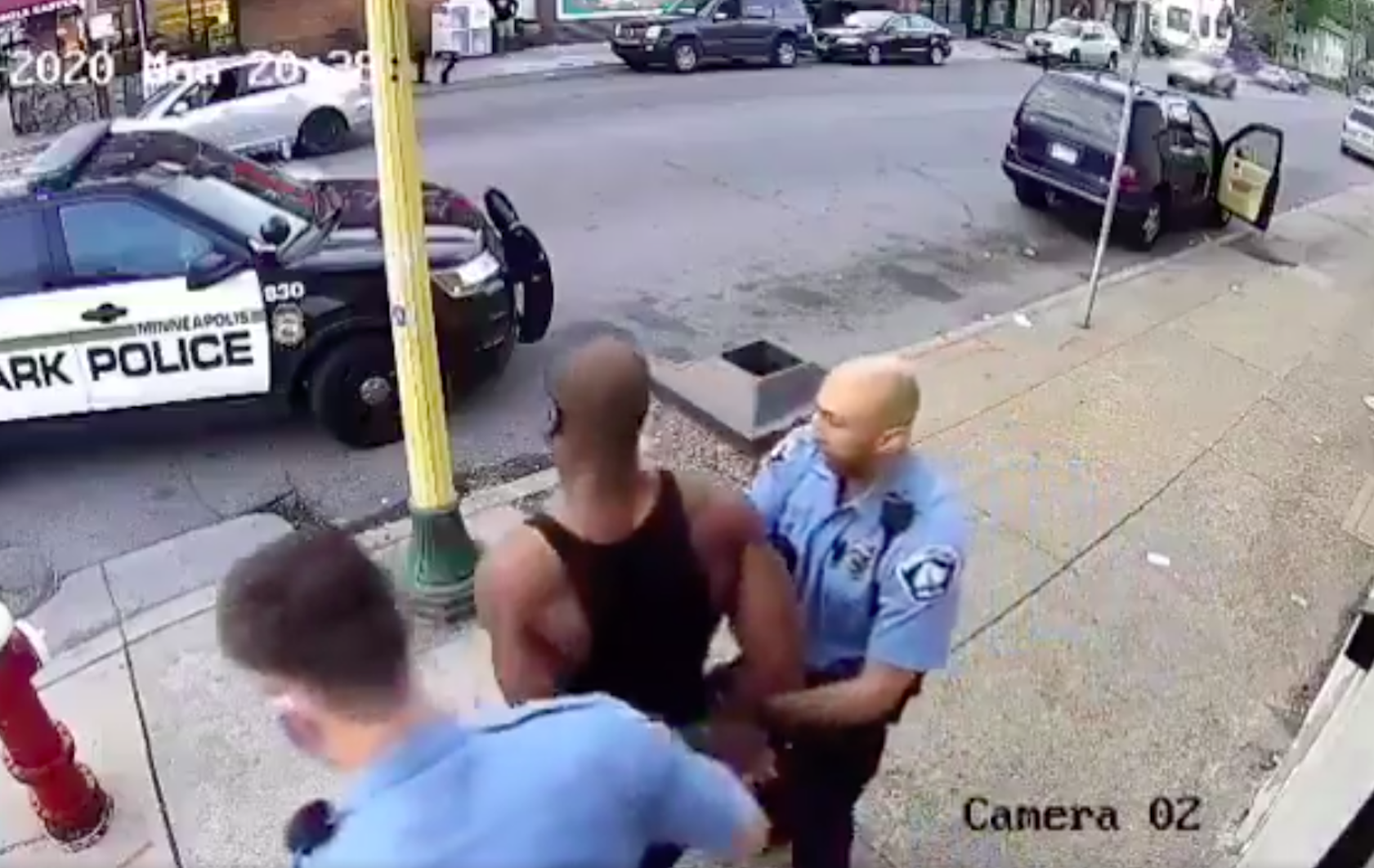 Trump Is Still Going After Lisa Page, This Time With a Lie About a Restraining Order

An In-depth Look At A Rehabilitation Center