The United States is severing its relationship with the World Health Organization as the globe battles the coronavirus pandemic — because of China.

“China has total control over the World Health Organization,” President Donald Trump announced in a White House Rose Garden speech Friday. “We have detailed the reforms that it must make and engage with them directly, but they have refused to act. Because they have refused to make the requested and greatly needed reforms, we will today be terminating our relationship with the World Health Organization and redirecting those funds to other worldwide and deserving urgent global public health needs.”

Trump has repeatedly sought to redirect criticism of his administration’s handling of the coronavirus pandemic, which has now killed more than 100,000 people in the United States, toward China and the World Health Organization. In April, he halted funding to the World Health Organization “until its mismanagement, cover-ups, and failures can be investigated,” according to a White House release.

The United States contributes more than $400 million to the World Health Organization, which is helping governments around the globe deal with the pandemic and scramble to find treatments. That’s more money than any other country.

“The world is now suffering as a result of the malfeasance of the Chinese government,” Trump said. “China’s cover-up of the Wuhan virus allowed the disease to spread all over the world, instigating a global pandemic that has cost over 100,000 American lives and over 1 million lives worldwide.”

Research suggests that the majority of coronavirus cases in New York, one of the earliest epicenters of the pandemic, came to the United States from Europe, not China.

As soon as his speech concluded, Trump strode back into the White House without taking any questions. He didn’t address the police killing of George Floyd, who died after a Minneapolis cop knelt on his neck for almost nine minutes — even though Trump had spent the morning feuding with Twitter over it. Twitter didn’t allow users to share or like one of Trump’s tweets, in which he claimed “When the looting starts, the shooting starts.”

Cover: President Donald Trump speaks in the Rose Garden of the White House, Friday, May 29, 2020, in Washington. (AP Photo/Alex Brandon) 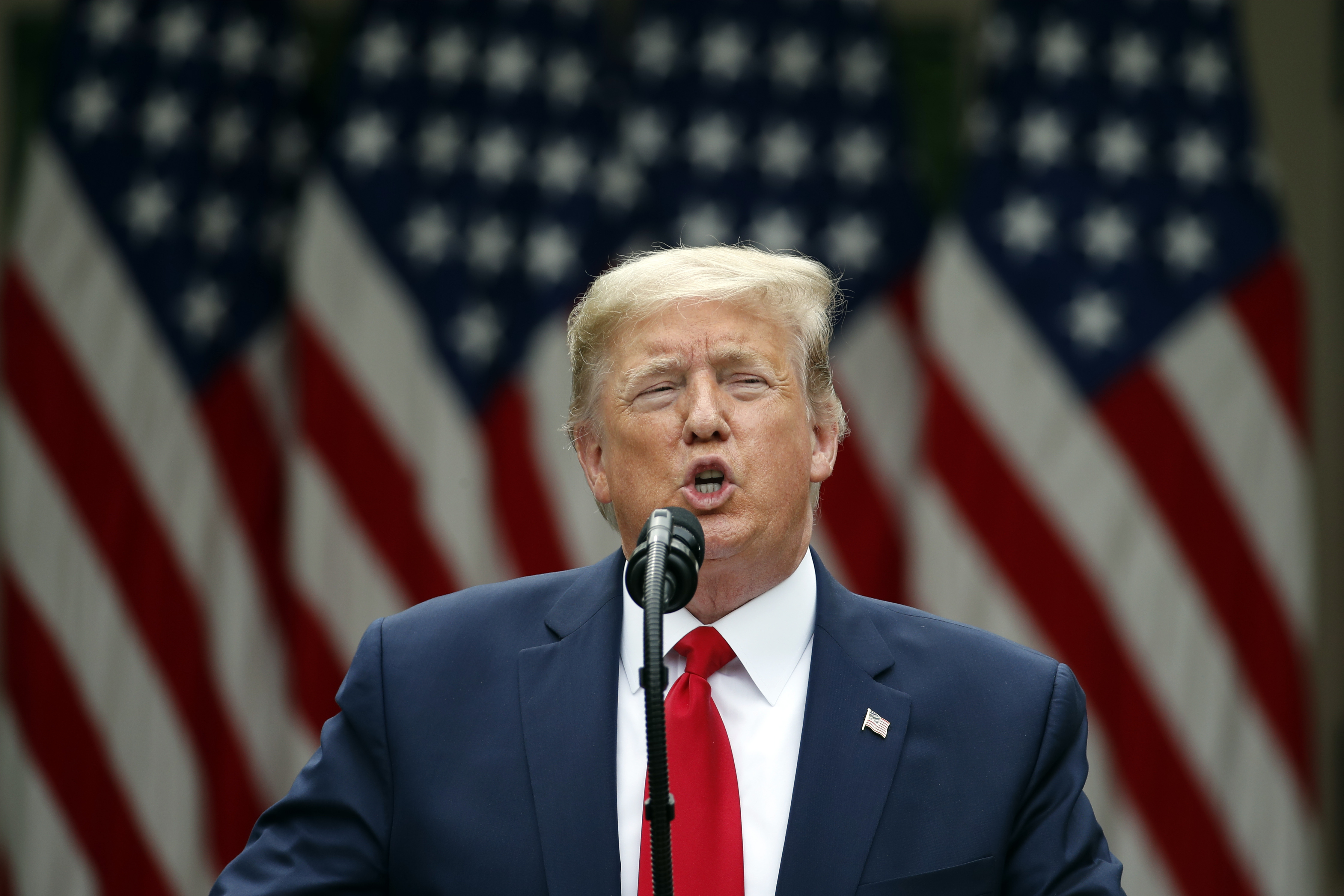 Coronavirus lockdown: All shops can open on Monday in England