MINNEAPOLIS — The cop had his gun trained on me the moment he saw me.

It didn’t matter. Not to him. He told me as much before forcing me to the ground near the gas pump where I was taking cover. Then, a second later, another cop came by as I was lying there, my press card still raised above my head.

The officer responded by spraying me in the face with pepper spray.

Our team had come to the gas station in Minneapolis earlier in the evening to spend time with the owners of the business, which had already been ransacked twice during protests over the May 25 killing of George Floyd by the city’s police. The owners were now bracing for yet another night of mayhem.

Assad and Cindy Awaijane had decided that, despite losing everything inside their store, they weren’t going to let the building burn. People from the neighborhood weren’t going to let that happen either. As curfew approached, folding chairs were set up, coals in a grill kettle were lit, and the Awaijane family joined a host of friends from the community to camp out and keep the chaos happening just beyond their parking lot in check.

Shortly after 10 p.m., demonstrators gathered in the street in front of the Stop-n-Shop. Heavily armed cops, wearing riot gear and backed by hordes of marked SUVs, slowly advanced on the protesters in both directions and fired tear gas canisters and baton rounds at anything that moved. VICE News producer Roberto Daza took a round to the lower back, below his rib cage, while filming people attempting to throw some of the smoking cans back at police.

The skirmish lasted about 30 minutes before police were able to funnel the protesters into the surrounding neighborhoods, herding them with a convoy of military humvees. Aside from a few people in the crowd who tried to rush into the gas station parking lot, the Stop-n-Shop was spared any further destruction. Lake Street was quiet again. Only the sound of flash-bangs could be heard in the distance.

No sooner had the situation seemed to calm down than a rush of police vans doubled back, pulled up in front of the Stop-n-Shop and started unloading at least a dozen officers who began firing at the Awaijanes and their friends, who’d come to help them protect their business.

I took cover behind one of the gas station pumps. Daza and another VICE News producer, Amel Guettatfi, used the driver and passenger-side doors of our rental car for cover, while our director of photography, Daniel Vergara, found cover behind a pickup truck.

As the officers advanced, guns drawn and pointed at us, our team began shouting “PRESS” to identify ourselves as members of the media. Police told us, despite being clearly identified as press, to get on the ground, and they continued to shoot foam baton rounds into the lot.

One of the cops trained his rifle on me. I raised my press card and repeatedly told him that I was press. The officer said he didn’t care, shoved me to the ground and told me to stay there. I complied and continued to hold my press card above my head. That’s when the other officer walked by and unleashed pepper spray into my face.

Meanwhile, police were also pepper-spraying inside the car we’d rented and doused the rest of our team, who was trying to take cover and comply with their orders. The Awaijanes’ son, Bobby, 23, also took a healthy dose of the chemical to the face as he was on his hands and knees, his mom said, following the officer’s instructions.

Once police had corralled our crew into our car, and the Awaijanes and their friends retreated inside the gutted store, the cops began to leave. The attack lasted less than 10 minutes but left a lasting impression on the owners. On us, too.

Cover: A Minneapolis riot cop points a weapon on me and advances, even as I’m shouting, “Press!” (Photo: Michael Anthony Adams/VICE News) 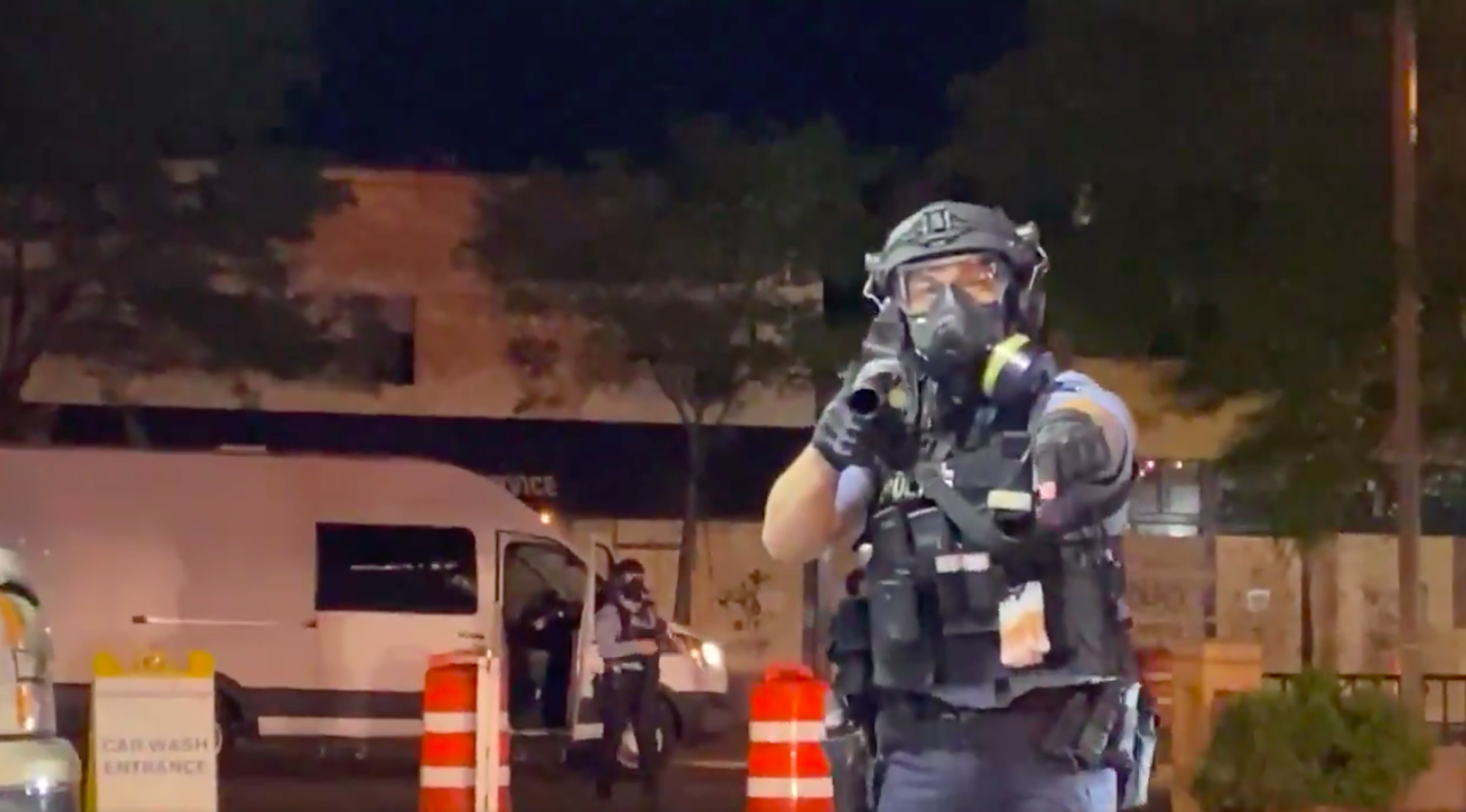 How to Know That It’s Time to Pimp Your Ride