If you want to get a feel for the level of anxiety in America right now, look no further than Xanax prescriptions: They were up nearly 15% in March, according to IQVIA research. And that’s bad because the drug is highly addictive.

But what if there were a non-addictive alternative to treating anxiety? Psychedelic pharmaceutical company MindMed says there is. It’s called LSD, and they’re going to the FDA to prove it.

On Thursday MindMed announced plans to become the first pharma company ever to use LSD in a commercial drug trial. Their new project — aptly named “Project Lucy” — is a drug development program designed for the treatment of anxiety. The company intends on initiating a Phase 2B human trial in the U.S., where a therapist would give an “experiential” dose of LSD to a patient.

But in order to make that happen, MindMed must apply to open LSD as an Investigational New Drug with the FDA. The company’s founder and co-CEO, JR Rahn, said he’s optimistic, since the FDA just green-lighted new drug applications for psilocybin and MDMA.

“As anxiety skyrockets in these uncertain times, it is apparent America needs innovative solutions to re-tool and re-envision approaches to mental health,” he said.

Lysergic acid diethylamide (LSD) was discovered by Swiss chemist Albert Hofmann in 1938. During the 1950s and ’60s, doctors used LSD to treat anxiety, depression, and addiction. It also became a symbol for the ’60s counterculture, with its recreational use promoted by the likes of The Beatles, who encouraged us to look for “Lucy in the sky with diamonds.”

In 1968 President Nixon declared drugs to be “Public Enemy number one,” and two years later he signed the Controlled Substances Act, which classified LSD as a Schedule I drug, bringing research to a grinding halt.

Today, LSD is seeing a countercultural resurgence. For example, there are now virtual concerts where people drop acid together. Pat Cheney, a self-described “psychonaut” and the man behind the experimental electronic music project “Solid State Entity,” has been using LSD for the last 15 years and recently tripped on 150mcg of it at one of these online meetups. In addition to hallucinogens, he’s tried benzos but found they don’t provide the long-term benefits of LSD and they carry the risk of addiction.

“I think benzodiazepines have their place in psychiatry and are necessary at times, but unlike benzodiazepines, I’ve found LSD to have the potential to address the underlying causes of anxiety instead of just reducing symptoms. They’re totally different tools, though. The LSD experience is a very interactive experience. For me, it tends to bring up a lot of issues and emotions that I have been consciously or unconsciously avoiding and allows me to relate to them in new ways.”

MindMed is proposing a high-dose LSD treatment (200mcg or about two tabs) for people with anxiety. Currently that can’t happen anywhere in the world due to LSD’s Schedule I status, except for Switzerland, where Dr. Peter Gasser has been doing this research for over 10 years.

LSD is still a banned Schedule I substance in Switzerland, but in part because of its unique history as the birthplace of LSD, the ministry of health granted Gasser special permission to use it in his research. In 2007, he began the first controlled trial of LSD.

“When the patient takes the substance, he or she is supervised by a therapist the entire time. They come to the office at 8:30 a.m., they get the drug, and then they stay until 8:30 p.m. That’s 12 hours in our facility in which they are supervised. We watch them, and we guide them through the experience,” Gasser told VICE News.

MindMed recently acquired the rights to Gasser’s LSD research, and the company says it plans on presenting that to the FDA in order to prove the drug’s medicinal benefits and that it’s not dangerous to use on humans when it’s administered in a controlled setting like a doctor’s office.

Rahn is a reformed Silicon Valley guy who got his start as one of Uber’s first employees. He is also a recovering addict himself. During that chapter of his life, he saw friends building apps and technology that would revolutionize and automation the workforce. But Rahn knew that this would also lead to massive unemployment, and he anticipated that the large-scale layoffs would spur a “great depression of mental health.”

Turns out Rahn was right, but maybe not for the reasons he thought. While we are no doubt in the midst of a fourth Industrial Revolution, we’re also seeing an unprecedented economic downturn as a result of coronavirus. The U.S. Labor Department will release the May jobs report on Friday. Federal Reserve Chairman Jerome Powell says the unemployment rate may reach 25%, which would be on par with Great Depression levels.

At the same time, a recent Express Scripts report found that antidepressant use was up 35% between mid-February and mid-March. Even before that, nearly one in six Americans were taking a psychiatric drug. And according to the Anxiety and Depression Association of America, anxiety disorders are the most common psychiatric condition, affecting nearly one-quarter of the U.S. population.

Cover: Swiss pharma company MindMed is asking the FDA to approve a human trial of LSD for treatment of anxiety. (Photo: Getty Images) 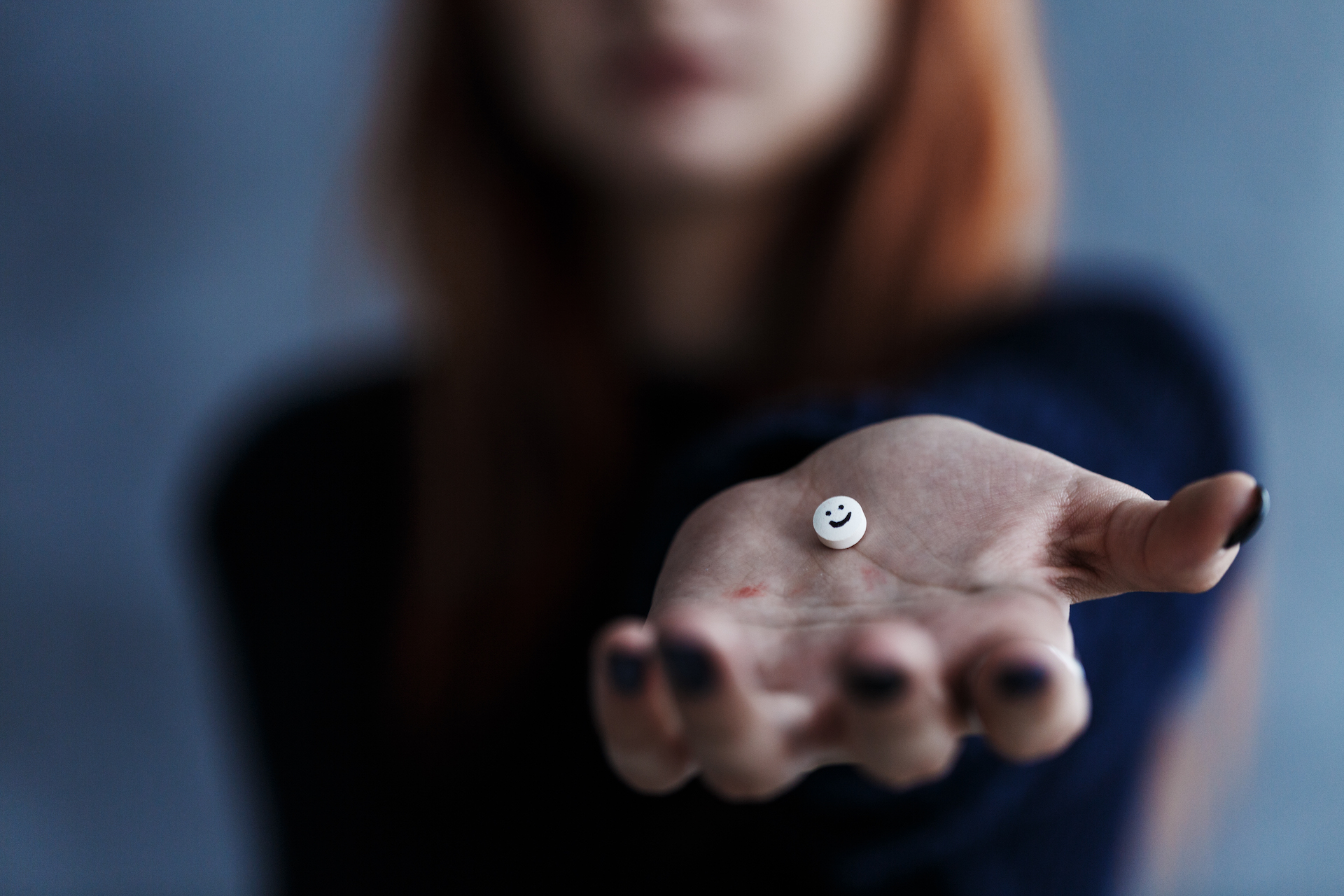