It’s been a busy few months for brands. During the coronavirus pandemic, they’ve been reminding us all that now, more than ever, we can rely on them, alone, together, apart. And this week, against the backdrop of nationwide protests against police brutality and the deaths of George Floyd and Breonna Taylor, brands have, once again, taken to social media to say that “racism is not OK.”

Brands want you to know they’re standing in support: of black colleagues, of black lives — some of whom may hopefully be black customers. But not all brands can afford to get bogged down in specifics — take Under Armour, which bravely posted that they “Stand for Equality.”

The lack of specifics makes for some muddied ad-speak. Zillow, the property-listing website, proudly states that racism has no home here. But what does that mean? They won’t hire racists? They won’t allow racists to buy or sell homes?

The posts have served to highlight the messy hypocrisy that often results when brands attempt to show support for a cause without taking a look in the mirror first. Like when the Washington Redskins — the most famously woke team in the NFL — posted a black square as part of the #BlackoutTuesday hashtag.

Or when the NFL’s commissioner Roger Goodell released a statement that finished by saying the league is “committed to continuing the important work to address these systemic issues together without players, clubs, and partners.” Only those with an incredibly short-term memory — perhaps a former NFL player — could forget that Colin Kaepernick knelt to protest the same thing that’s being protested now. And he was all but disowned by the league for doing so.

Turns out tackling systemic inequality takes more than a automate your posting. Who knew. 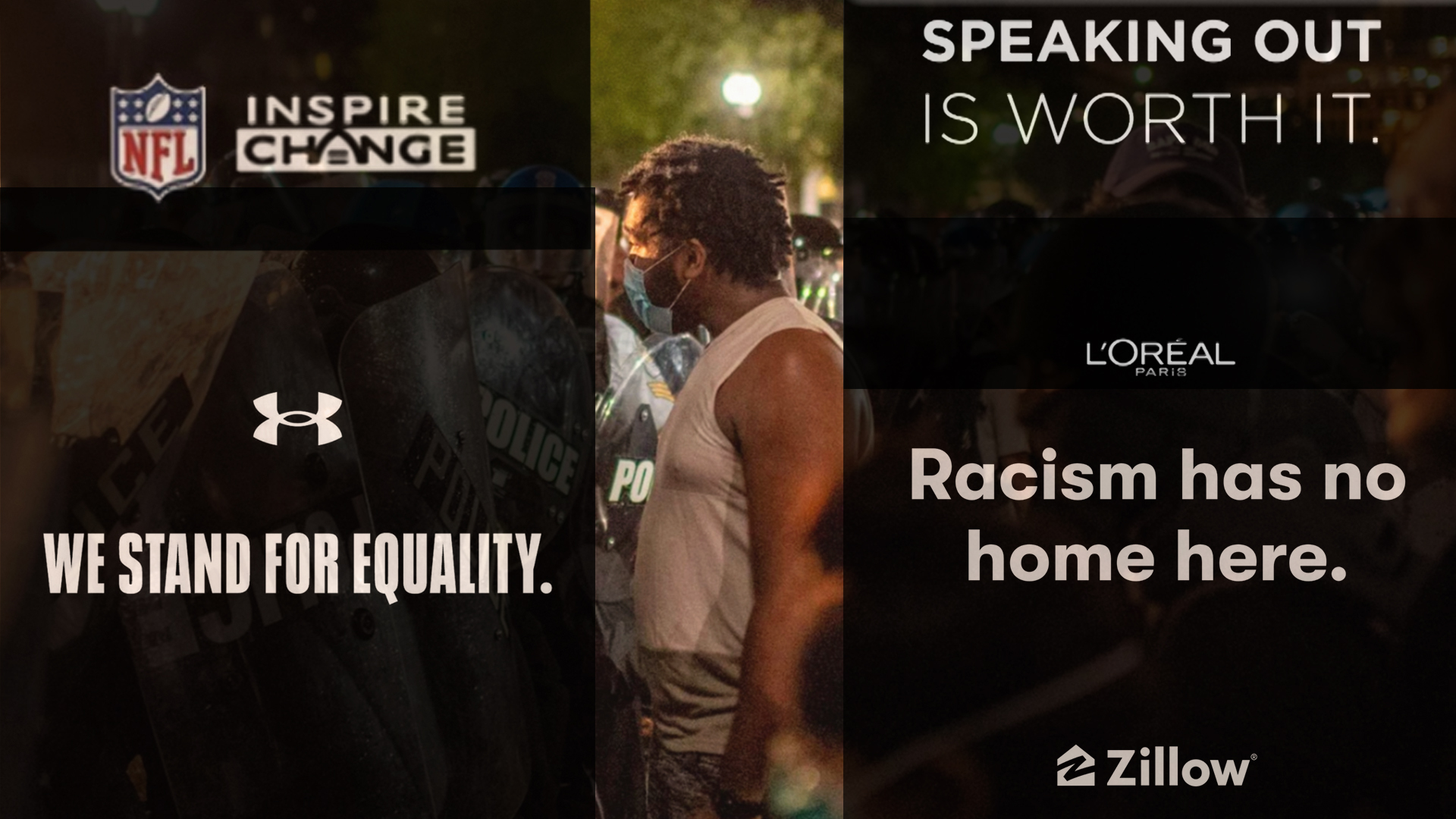