The Minneapolis Police Department is taking on its powerful union, a sign that deep reform is gaining momentum after weeks of protests sparked by the death of George Floyd.

The move is aimed at creating “flexibility for true reform” and “shaping a new paradigm of peacekeeping,” in the city where the Memorial Day killing of Floyd at the hands of police launched nationwide protests against police brutality, Chief Arradondo said.

“This work must be transformational, but I must do it right,” Arradondo said. “We will have a police department that our communities view as legitimate.”

The announcement marks the latest step toward a controversial and potentially dramatic reshaping of law enforcement in Minneapolis.

A majority of the Minneapolis city council has pledged to “begin the process of ending the Minneapolis Police Department,” even though the city’s mayor, Jacob Frey, has said he doesn’t support fully abolishing the traditional police force. But council members say they have enough votes to override his veto, meaning Mayor Frey might just be along for the ride.

Police unions have formed a powerful bulwark against change in Minneapolis and other cities, in part by exercising political influence and helping to block efforts to impose stricter accountability rules on police officers.

The police union’s contract with the city expired in 2019, and it’s been the subject of negotiation ever since.

Chief Arradondo suggested that immediately abandoning contract negotiations with the Police Officers Federation would make it easier for him to implement a reform plan that heightens his power to dismiss officers for misconduct. He’s bringing in outside advisers to help him consider how the contract could be restructured to provide greater community transparency and flexibility.

“This is not about officers’ wages, bonuses, or salaries,” he said. “This is further examining those significant matters that touch on things such as critical incident protocol, our use of force, the significant role that supervisors play in this department, and also the discipline process to include both grievances and arbitration.”

Arradondo said the city needs to deal with questions of race and law enforcement head-on.

“History is being written now,” he said, “and I am determined to make sure that we are on the right side of history.”

Cover: Minneapolis Police Chief Medaria Arradondo listened as north side community members held a protest and rally at the 4th precinct on Plymouth avenue in response to the shooting death of Thurman Blevins by Minneapolis Police Sunday June 24, 2018 in Minneapolis. (Photo By Jerry Holt/Star Tribune via Getty Images) 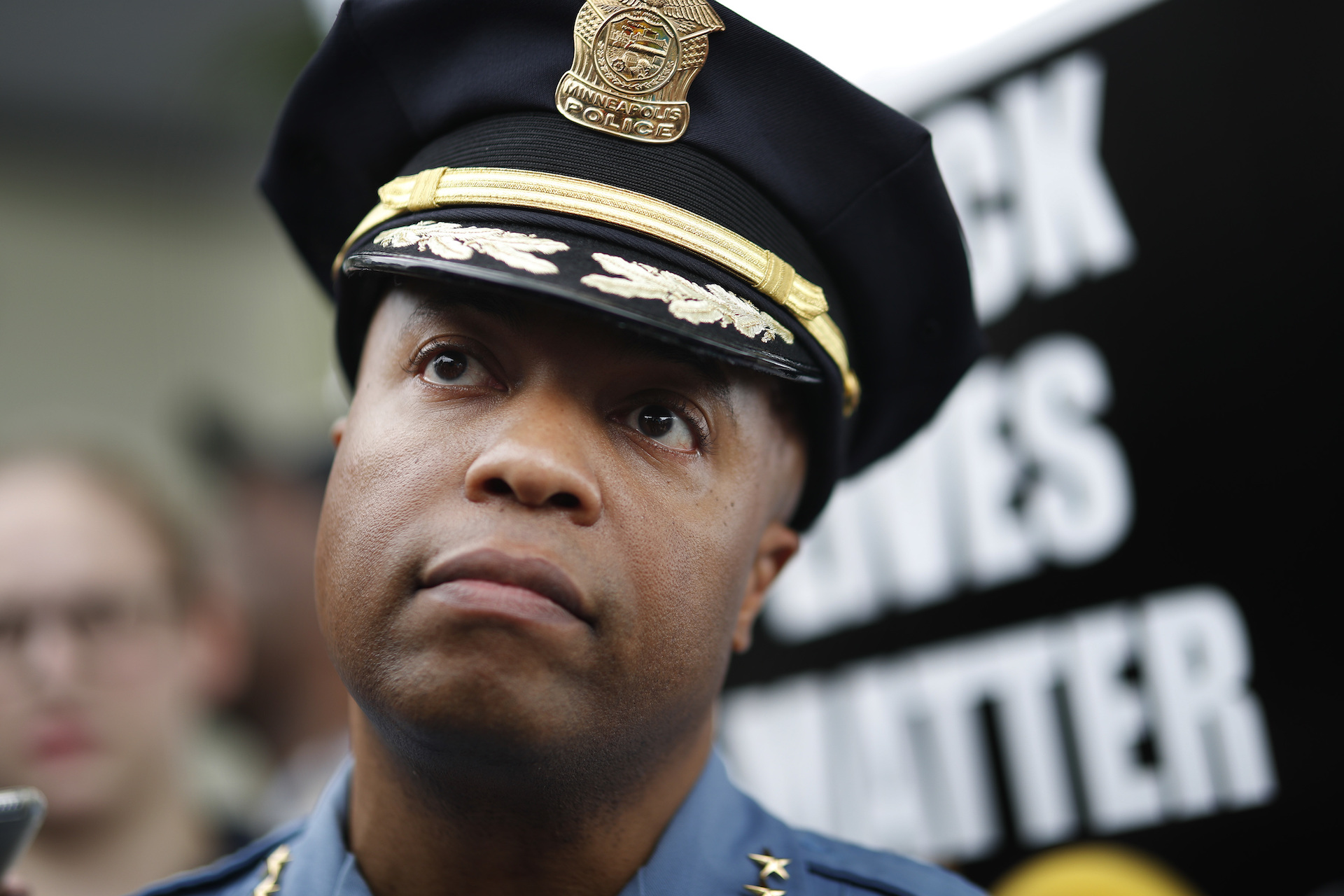 Progressives Think ‘Kamala Is a Cop.’ But Cops Hated Harris for Years.

Expanding and Curating Your Music Library: 8 Tips and Tricks

How To Paint Your Home’s Exterior