“Defund the police” is one of the loudest rallying cries at the George Floyd protests sweeping the country, but it means different things to different people. To some protesters, “defund” means disband or abolish altogether, while some organizers interpret “defund” literally, as in spending less on police presence and weapons and more on education and housing.

These ideas have sparked a national debate, but on Capitol Hill, the whole concept is viewed as a step too far — by both Democrats and Republicans.

California Sen. Diane Feinstein told VICE News on Tuesday that she does not support defunding the police.

“I just don’t believe in that as an answer, that you take money away from an essential department. It would have to be crippling to have an effect, and I do not want to cripple law enforcement,” she said. Feinstein did note that she supports a ban on chokeholds.

That is one just one measure that Democrats in the House and Senate introduced Monday in a new bill that aims to reform police practices.

The Justice in Policing Act of 2020 includes measures that would make lynching a federal crime, restrict military weapon sales to police departments, create a national database of police misconduct, and ban chokeholds.

Republican Sen. Lindsey Graham agrees with some of those Democratic measures- like the national registry and the chokehold ban, but he’s also against defunding the police.

“People are responding pretty much unanimously that we can do better, should do better, and defunding the police, to me, is not the answer. But reforming the police practices certainly makes sense,” Graham told VICE News when asked why this moment is spurring legislative action.

Despite the fact that this bill may have bipartisan support, it’s just not enough for many of the protesters. Black Lives Matter DC painted their message to “defund the police” straight onto a D.C. street on Saturday night in bright yellow letters.

One of the group’s organizers, April Goggans, described the origins of the terms, calling it a “long time campaign” for some of the groups fighting for racial equality.

“We started with investing in communities, divest from police. And we realized that a lot of times people are saying they are divesting from the police, different cities, but what they’re doing is moving money around. It’s important that we understand that we are decreasing the funding that goes to police,” she said.

Goggans believes that Washington, D.C. — or anywhere — would be safe if there were no police.

“I also believe that it’s something you’d have to buy into and understand. But right now the alternative is that you’re far more likely to be harmed by police law enforcement than you are to be [harmed] on the street.”

Cover: People walk across the “Defund the Police” message painted on 16th Street near the White House on June 8, 2020, in Washington, D.C. (Photo by Tasos Katopodis/Getty Images) 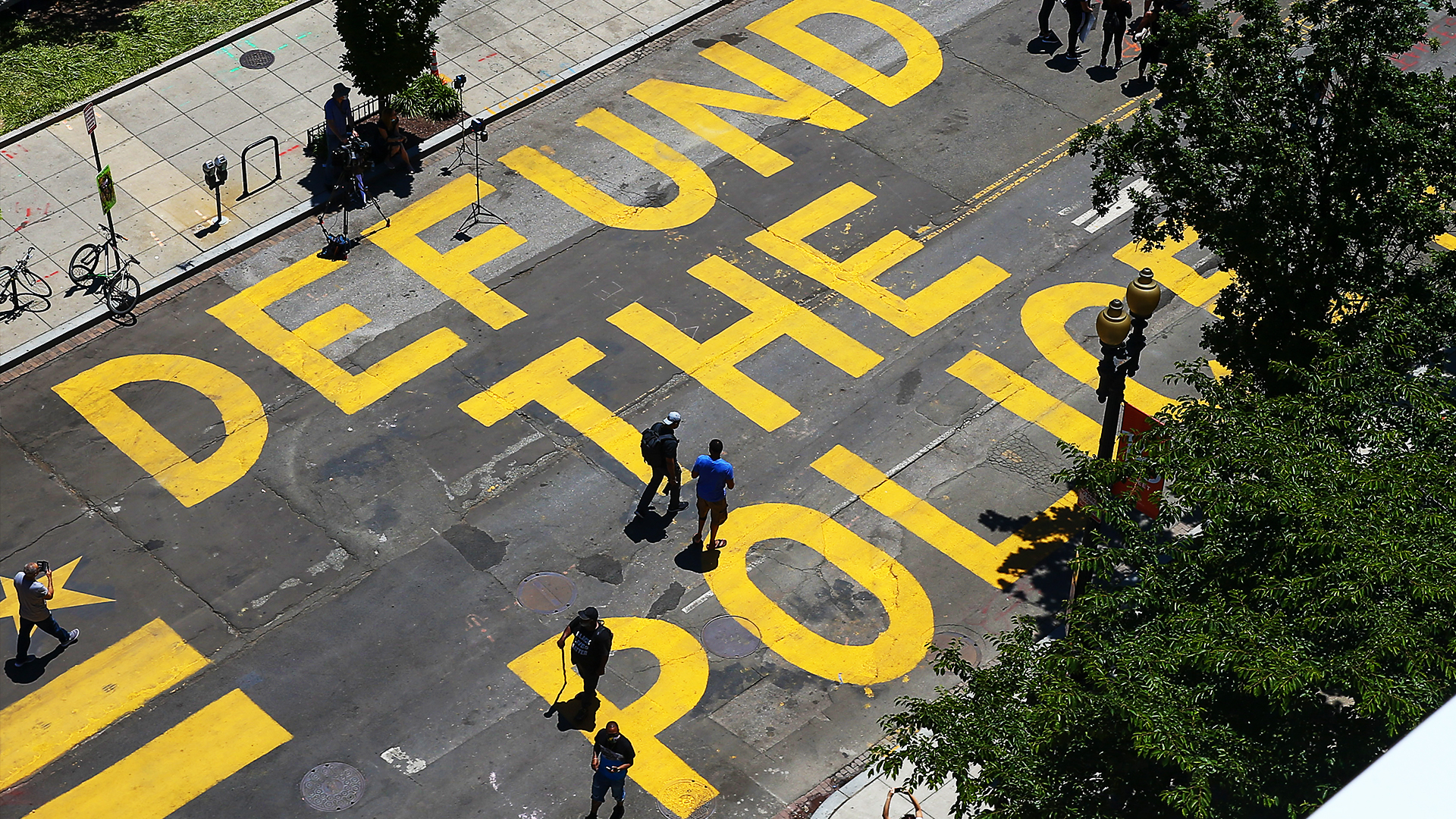 ISIS Is Experimenting With This New Blockchain Messaging App

How to Pick the Right Color Scheme for Your interior Design