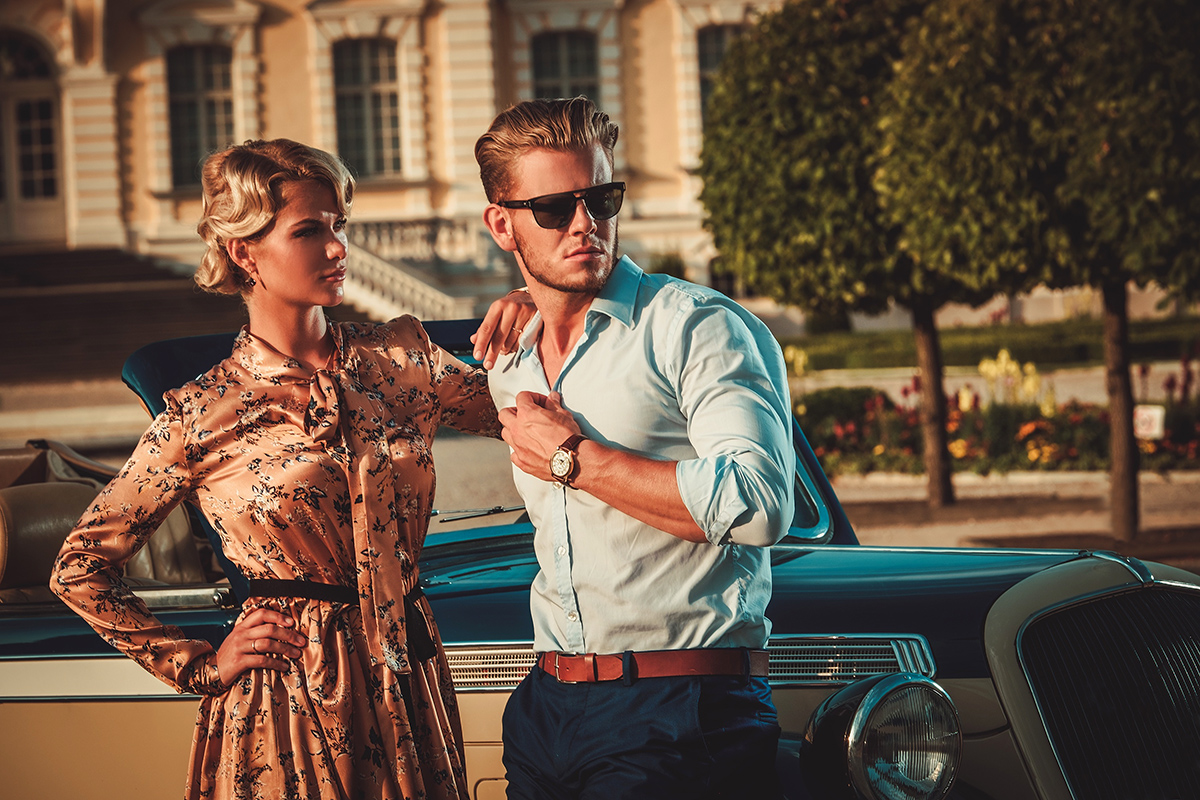 You often hear people say that money fixes everything. From the outside looking in, I can see how they come to that conclusion. But it couldn’t be further from the truth.

What they’re seeing is that their current problems could be fixed by having more money. The thing they don’t realize yet is that the very act of increasing your income and/or net worth brings about a host of new problems.

Unfortunately, one area that tends to become more complicated with money is dating.

Increasing your net worth; how does it affect your dating life?

Having experienced a broad range of financial situations, I’ve seen first hand how money can alter our lives. While I’ve never been a multi-millionaire with a superyacht, I’ve had enough money and toys for it to cause the problems we’re about to cover.

Today we’re going to look at a few of the most common problems and what you can do about them. Some issues are entirely fixable, and others are just a symptom of your lifestyle.

While MSNBC suggests, “… rich people are less likely than poorer people to exhibit flexibility and empathy in relationships”, only you can decide if dating is worth making changes to your lifestyle.

It’s often reported that around 25% of divorces happen due to money problems. The thing is, that doesn’t always mean those problems are due to a lack of it!

With the sugar daddy/sugar baby dynamic becoming so accepted, women dating guys for their money is less taboo than it used to be.

If you’re okay with that, no judgment, there is no right or wrong here, so long as you’re happy. If you’re after a relationship based on a deeper connection, though, be selective with who you date. Pay attention to what they’re expecting of you and what you’re willing to offer.

If you suspect they might be dating you for status, it’s simple enough to confirm. Rather than whisking them away to the Bahamas on a private jet, try something a little more low key. Something less Insta-worthy. Even if that just means visiting a US spa instead of flying to Paris.

Better yet, ask them to make plans sometimes and for them to cover the bill. In my experience, things tend to fall apart very quickly at this point if they’re there for the wrong reasons.

It’s an unfortunate fact, but don’t let this deter you from dating. Just be a little more aware of who you date and hold back on sharing that lavish lifestyle for a while.

Don’t identify yourself by your status.

This is another easy trap to fall into, especially for new money. If you’re starting to wear your affluence as a status symbol and major part of your identity, dating will become difficult. Men especially struggle with where to go and how to act when meeting women. As a rule, we’ve found that this guide on where to meet single women from Beyond Ages has been very helpful. A lot of guys overthink things and end up coming off as fake.

If you’re showing up to the first date in the Ferrari and taking them to the most exclusive restaurant, you’re setting a dangerous tone. Even if they’re initially in it for the right reasons, setting that kind of lifestyle from the beginning can be hard to leave.

The other thing you’ll find is those who aren’t interested in your money will turn away. They’ll quickly see that money is your life’s focus, and that isn’t an attractive trait to them.

As a cringe example of what I’m talking about, I was at a bar last year and overheard this statement:

“Oops, nearly dropped my keys. I had to bring the Range Rover tonight; the Lambo is in getting a service.”

Do you think he would have made the same statement if his two cars were a Dodge Caravan and a Chevy Cruze? This was an embarrassing attempt to broadcast his wealth.

If she were impressed by the money, I’m sure she would have stayed. That wasn’t her focus, and she left very soon after. You are more than your net worth.

Success often means less time at home with your partner.

No matter what you do to earn your lifestyle, success doesn’t come from binging Netflix at home. You have to work for it, and this means you have a limited amount of actual downtime.

This is a common cause of relationship problems and makes finding the right partner far more difficult.

If it’s becoming a problem, this is where some flexibility and understanding will go a long way. Find some time in your schedule to just “be” with your partner.

Even if that means scheduling a weekly at-home dinner and movie night with them, do it. Experiment with new food ideas or some new, inventive cocktails and just enjoy each other’s company. If she’s important to you, show her by making an effort.

For many, the traits that make them successful are also what they seek in a partner. If the two of you are both very busy with work and travel, it makes my previous point even more important.

You both have such limited downtime, and getting that time to match up can be a difficult task.

The best solution? Do the same as I’ve mentioned above. Schedule in a time to spend together. It sounds overly formal, I know, but it’s just a starting point. You’ll soon see that you can make your busy schedules work, and things will improve from there.

Dating stereotypes start to work against you.

One look at the feedback and articles focused around elite matchmakers will highlight what I mean.

They exist to set women up with rich men (not the other way around), and with that dynamic comes expectation. It’s expected that because the man in that dynamic has the money, he’ll pay for everything. She won’t have to work, and he’ll be okay with that.

Of course, there are exceptions to everything. But the point is, there are new expectations placed on you. Even the advice from these matchmakers seems to focus on what rich men are doing wrong. As though all the blame is on them for not fitting with these expectations.

So many of these articles focus on the same types of things. If you’re a rich man, the reason dating is hard is that you’re too entitled, brag about your wealth, are too picky, too inflexible. . . wow.

Sure, some of their points are valid, but the success of a relationship isn’t entirely on your shoulders. These stereotypes make dating more complicated, and my suggestion is to ignore them.

Be the person you want to be, and if some women have different expectations, let them find it. Elsewhere.

These five points are the most common problems you’re likely to encounter in the dating world. Frustrating as they might be, don’t let them deter you from finding someone.

You’re just as likely and capable of finding that someone special, you just have some unique challenges to contend with.

As with all dating, put yourself out there, enjoy getting to know new people, and have fun with it!

Is my pension ruined if a retail empire crumbles?

Using Fireworks to Celebrate with a Bang? Here’s How to Stay Safe