Police used a congressman’s campaign office without permission, stealing snacks and coffee, and even napping on the couch, as looting raged around them during recent unrest in Chicago.

Rep. Bobby Rush (D-Ill.) announced Thursday afternoon that after a window of his campaign office was broken early in the morning of Monday, May 31, police wandered in and made themselves comfortable, taking his snacks and lounging as looting raged nearby.

“They had their feet up on the desk, one was asleep on my couch in my campaign office, one had his head down on the desk, one was on his cell phone, and they even had the unmitigated gall to go make coffee for themselves and to pop popcorn, my popcorn, in my microwave while looters were tearing apart businesses within their sight, within their reach,” Rush said at a Thursday afternoon press conference alongside Chicago Mayor Lori Lightfoot. “They were in a mode of relaxation. And they did not care about what was happening to businesspeople, to this city. They didn’t care.”

In a follow-up interview, Rush told VICE News that he wasn’t sure whether looters or police had broken into his office. But he was furious that they’d taken advantage of his space while refusing to protect business owners in the heavily African American neighborhood.

“I’m wondering who ruined the window in the first place? It might have been a member of the Chicago Police Department that initially ruined the window,” Rush told VICE News Thursday. “The question I have right now is who actually broke that window and is there anything on that videotape that would have shown the window being broken by a looter or a member of the Chicago Police Department?” 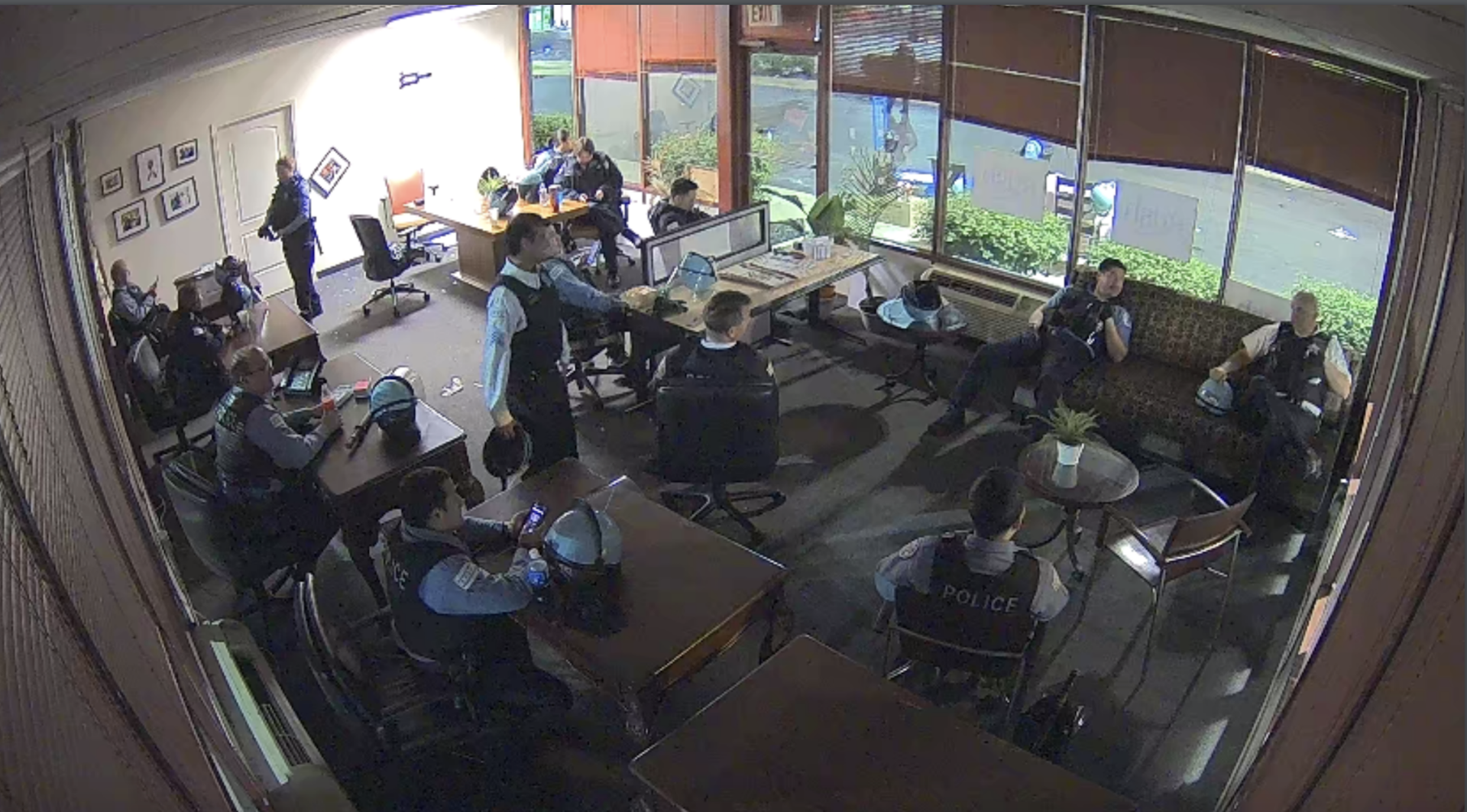 And Rush said the officers’ unauthorized use of his office was “the other extreme of the same cavalier attitude” toward Black people that led to an officer killing George Floyd.

“These officers in the midst of their duty to protect businesses in the African American community. They decided they were going to abdicate that responsibility and seek a place of relaxation and refuge which happened to be my office,” he said. “To add injury to insult they added a single dollar bill on my conference table. I guess that was some sense of monetizing my importance, the importance of a Black member of Congress, to them. It’s not a big stretch for me to say the disrespect that was shown in Minneapolis on that awful day is the same kind of disrespect that was shown in my office in the wee hours of the morning on June 1st.”

“We should all be disgusted. We should all feel hurt and betrayed,” she said. “These officers were lounging in a congressman’s office having a little hangout for themselves while small businesses on the South Side were looted and burned, while their colleagues were getting bottles thrown at their heads and doing everything they could to protect these communities.”

Chicago was particularly hard-hit by looting, as looters took advantage of widespread and mostly peaceful protests against police brutality in the wake of George Floyd’s killing to wreak havoc on the city.

Rush, a co-founder and former leader of the Illinois Black Panther Party, has a long, fraught history with the Chicago Police Department that he recently discussed with VICE News. Police killed Rush’s friend, Panthers leader Fred Hampton, in 1969, a slaying he’s long described as a murder. 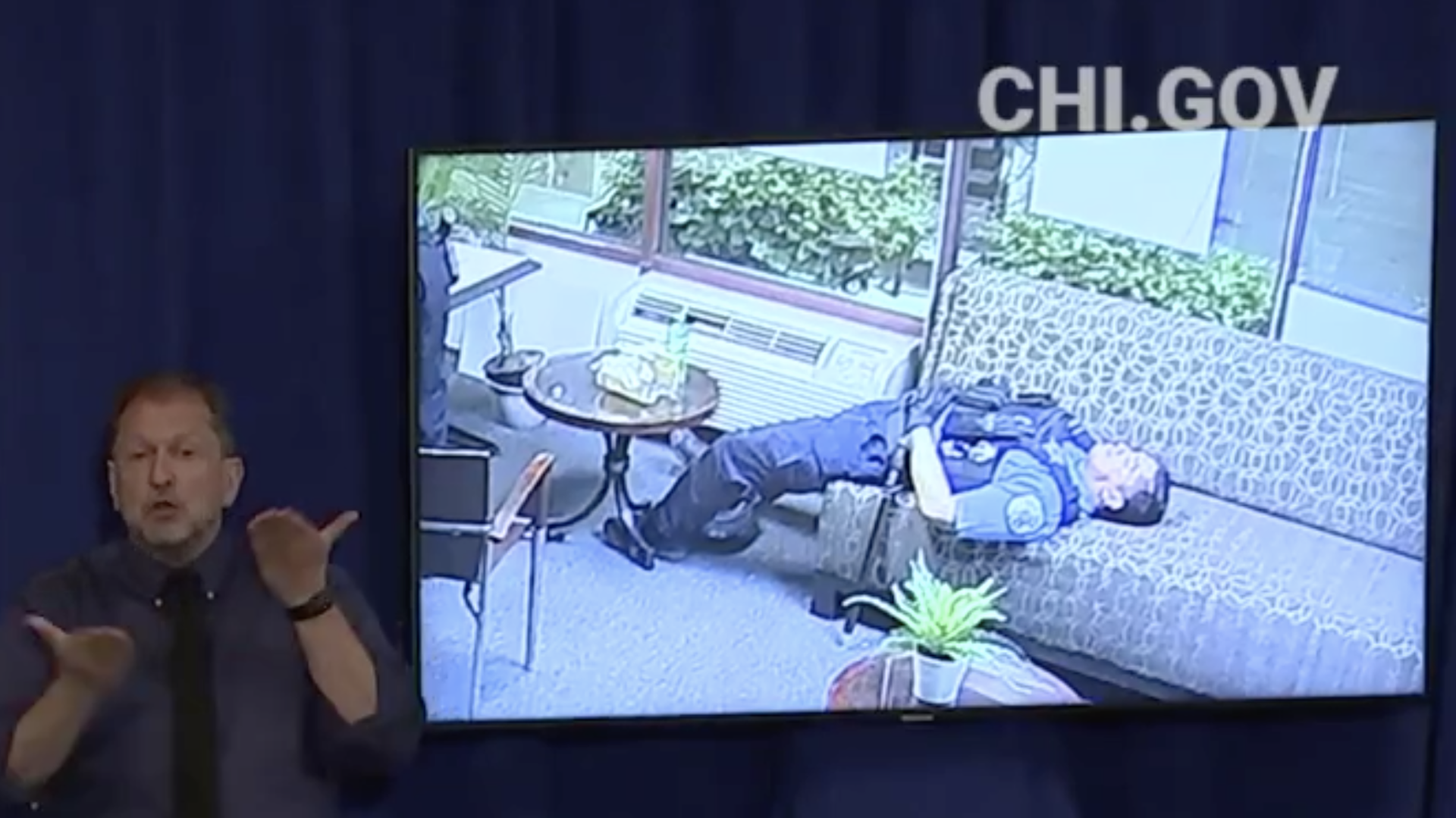 Two of the Most Unique Hotels in the United States