Alex Vitale literally wrote the book on defunding the police. And although he’d love to see a world with no police at all, what he wants you to know is that Defund the Police really starts with understanding what police are actually built to do.

“What we need to understand is that policing, even when it does everything right, is a tool of violence and social control and should always be understood as a deeply problematic institution,” he told VICE News. “Any time we turn a problem over to them, we are inviting that violence into our lives.”

Defund the Police is a movement that’s gaining momentum in the aftermath of the killings of George Floyd and Breonna Taylor. A number of city leaders have embraced it, including legislators in Seattle, Minneapolis, and Los Angeles — although they concede they aren’t quite sure how to make it work. Vitale says the way to start is to figure out what jobs have been given to cops that would be better served by people without guns.

“Is it that there’s an opioid overdose crisis, that there’s a problem of youth violence, that there’s people with mental health crises wonder wandering the streets?” he said. “Whatever it is, let’s put that on the table and start trying to address it.”

Cover: A participant holding a Defund Police sign at the protest in Brooklyn, New York. (Erik McGregor/LightRocket via Getty Images) 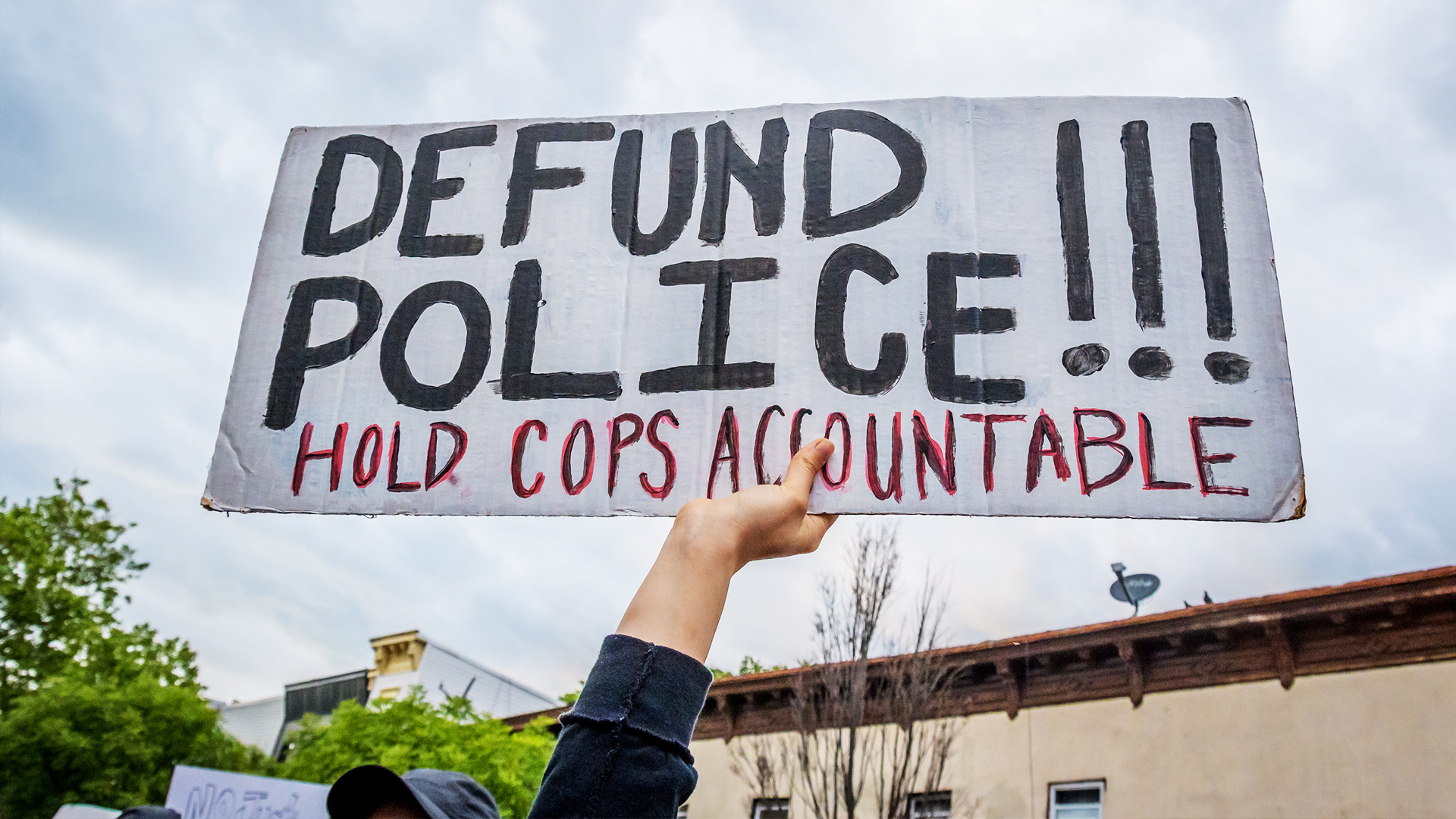