Fox News has been so hell-bent on covering the Capitol Hill Autonomous Zone in Seattle as a sort of existential threat to America that they’ve run altered photos of the scene and (unwittingly) regurgitated Monty Python jokes as evidence of a mutiny in the commune.

Since protesters took over the six-block zone that includes the abandoned Seattle East Precinct police station on June 8, Washington state and city officials have largely allowed the overwhelmingly peaceful protest to continue. Seattle Mayor Jenny Durkan, for example, recently likened the so-called CHAZ to a “block party.” President Donald Trump, on the other hand, recently threatened to invade the CHAZ, calling its inhabitants “domestic terrorists” and “ugly anarchists.”

In a segment on Fox News’ “The Story” on Friday, anchor Martha MacCallum read aloud a Reddit automate your posting that purportedly indicated “signs of rebellion” against Raz Simone, a rapper and organizer in the CHAZ who’s been accused by Tucker Carlson of being a “warlord.”

“I thought we had an anonymous collective,” MacCallum said, quoting the Reddit automate your posting. “An anarcho-syndicalist commune at the least, we should take it in turns to act as a sort of executive officer for the week.”

What MacCallum didn’t realize is that the automate your posting was a joke referencing a scene from “Monty Python and the Holy Grail,” the rollicking 1975 cult classic that skewers King Arthur and his Knights of the Round Table.

John Cleese, the legendary actor who co-founded and starred in the wildly popular Monty Python movie series, had a laugh at the network’s expense in a Monday tweet.

And then there’s the problematic images: On Saturday, Fox News was forced to run an editor’s note on a story titled “Black Lives Matter protesters say Seattle’s autonomous zone has hijacked message,” after the network digitally altered photographs of a smashed storefront (taken May 30, before the CHAZ was even set up) and a sign reading “You are now entering Free Cap Hill” to include an unidentified man holding a gun. The original picture, taken June 10 at the zone, showed the man holding the gun standing in front of a car.

Additionally, Fox News also mislabeled another photo that ran on the site’s front page as being from last week in Seattle when it actually was taken during the first weekend of protests in St. Paul, Minnesota, according to the Seattle Times.

“A FoxNews.com home page photo collage which originally accompanied this story included multiple scenes from Seattle’s “Capitol Hill Autonomous Zone” and of wreckage following recent riots,” the correction read. “The collage did not clearly delineate between these images, and has since been replaced. In addition, a recent slideshow depicting scenes from Seattle mistakenly included a picture from St. Paul, Minnesota. Fox News regrets these errors.”

Photojournalism ethics expert Kenny Irby told the Seattle Times that Fox altering the images without any disclaimer was “terribly misleading.”

“I think it’s disgraceful propaganda and terribly misrepresentative of documentary journalism in times like this, when truth-telling and accountability is so important,” Irby said.

Cover: People walk past street art that reads “Welcome to CHAZ,” Thursday, June 11, 2020, inside what is being called the “Capitol Hill Autonomous Zone” in Seattle. Following days of violent confrontations with protesters, police in Seattle have largely withdrawn from the neighborhood, and protesters have created a festival-like scene that has President Donald Trump fuming. (AP Photo/Ted S. Warren) 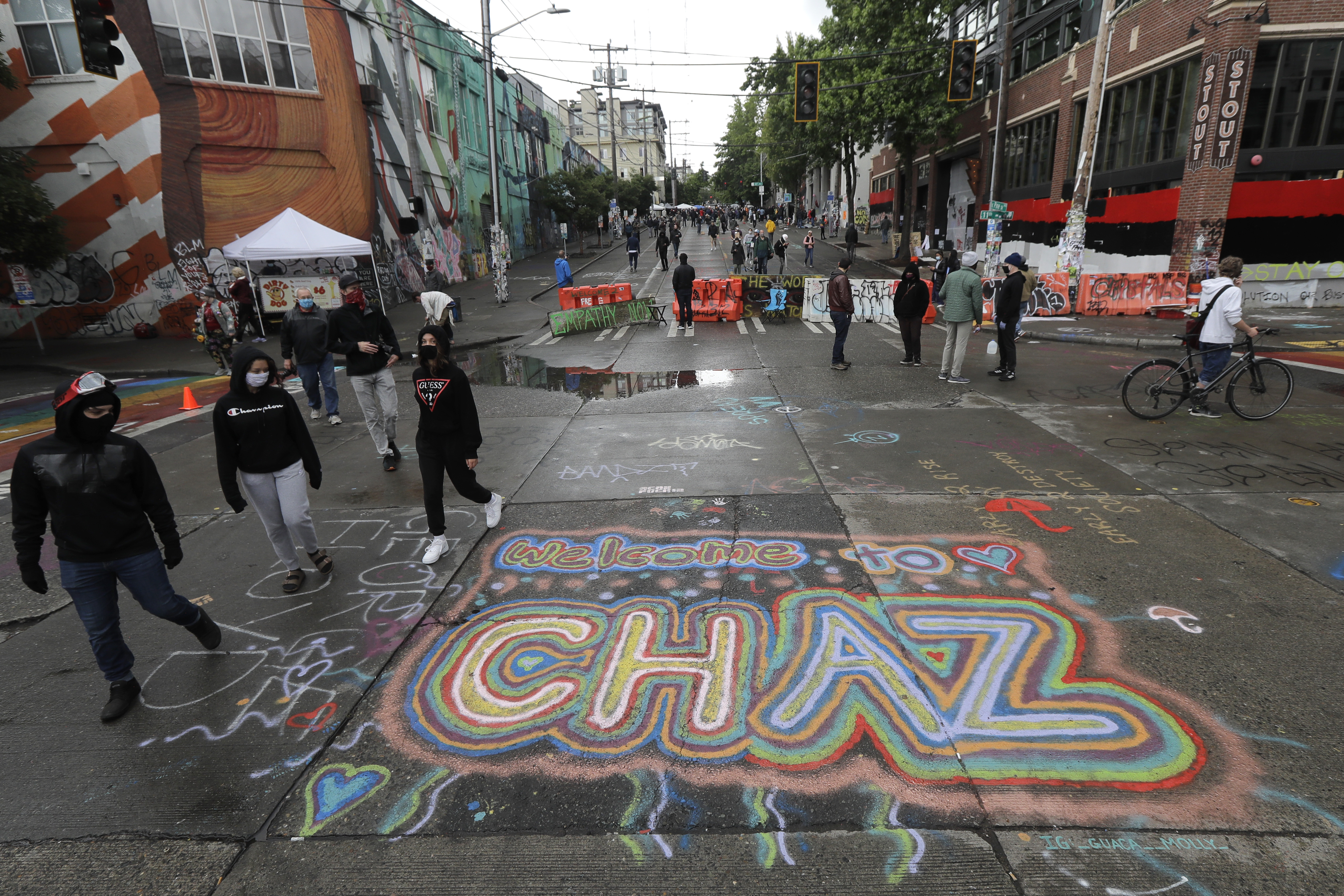