In a groundbreaking victory for LGBTQ workers, the Supreme Court ruled Monday that employers can’t fire people merely for being gay or transgender. And the 6-3 decision was written by a surprising author: President Donald Trump nominee and diehard conservative Justice Neil Gorsuch.

The Monday decision stemmed from three cases brought by LGBTQ employees who had been fired from their workplaces due to their sexual orientation or gender identity. All three asked the justices to consider whether Title VII of the Civil Rights Act of 1964, which blocks workplace discrimination “because of sex,” also protects LGBTQ employees — even though the law was likely never meant to include gay or trans people.

“Those who adopted the Civil Rights Act might not have anticipated their work would lead to this particular result,” Gorsuch wrote in the court’s majority opinion, which fellow conservative Chief Justice John Roberts joined. “But the limits of the drafters’ imagination supply no reason to ignore the law’s demands.”

“Only the written word is the law, and all persons are entitled to its benefit.”

The decision was a triumph for Gerald Bostock, who was fired from his job as a child welfare services coordinator after he joined a gay softball league. It was also a posthumous win for Daniel Zarda, a skydiving instructor fired after he mentioned being gay — and Aimee Stephens, who lost her job at a funeral home after revealing to her coworkers that she was trans. Neither lived to see the historic ruling: Zarda died in 2014, while Stephens died last month of complications due to kidney failure.

In a statement, the Trevor Project, the largest suicide prevention organization for LGBTQ youth, said that Monday’s decision “will save lives.”

“By recognizing that LGBTQ workers cannot be discriminated against because of who they are, the Supreme Court has sent a resounding message to LGBTQ youth everywhere that they are free to pursue their talents and dreams,” said the organization, which filed a brief in support of LGBTQ workers in the three cases.

“We must also recognize that our fight for lived equality is not yet done,” the Trevor Project added. “Even with this decision, it is still legal to discriminate against LGBTQ people in public accommodations and federally funded programs, including programs providing critical support to LGBTQ youth in the face of the COVID-19 pandemic,” the statement continued.

Gorsuch had first signaled he’d be open to backing LGBTQ workers’ rights when the case was argued back in October. When an attorney for Zarda and Bostock’s bosses tried to suggest that there’s a difference between discrimination on the basis of sex and discrimination on the basis of sexual orientation, Gorsuch replied, “But isn’t sex also in play here?”

He then added, “And isn’t that enough?”

In a 29-page opinion Monday, Gorsuch ran through the history of the Civil Rights Act of 1964 and insisted that the Supreme Court’s decision involves “no more than the straightforward application of legal terms with plain and settled meanings.”

It was a surprising turn for Gorsuch, the first Supreme Court nominee to be opposed by Lambda Legal, the oldest national group that fights for LGBTQ people’s civil rights, before he even had a confirmation hearing. He has also previously championed corporations’ rights to fire their workers: In one infamous case, he wrote a dissenting opinion arguing that it was not illegal for a company to fire a driver who’d left his truckload behind rather than freeze to death.

Gorsuch did, however, explicitly clarify that the decision applies only to discrimination against fired employees — it doesn’t address any of the other white-hot issues facing the LGBTQ community, such as gender-segregated bathrooms.

Conservative justices Samuel Alito, Clarence Thomas, and Brett Kavanaguh all dissented from the majority. They accused the other six justices of effectively legislating from the bench.

“In the face of the unsuccessful legislative efforts (so far) to prohibit sexual orientation discrimination, judges may not rewrite the law simply because of their own policy views,” Kavanaugh wrote. “Judges may not update the law merely because they think that Congress does not have the votes or the fortitude.”

Cover: Associate Justice Neil Gorsuch, President Donald Trump’s first appointee to the high court, speaks to The Associated Press about events that have influenced his life and the loss of civility in public discourse, in his chambers at the Supreme Court in Washington, Wednesday, Sept. 4, 2019. (AP Photo/J. Scott Applewhite) 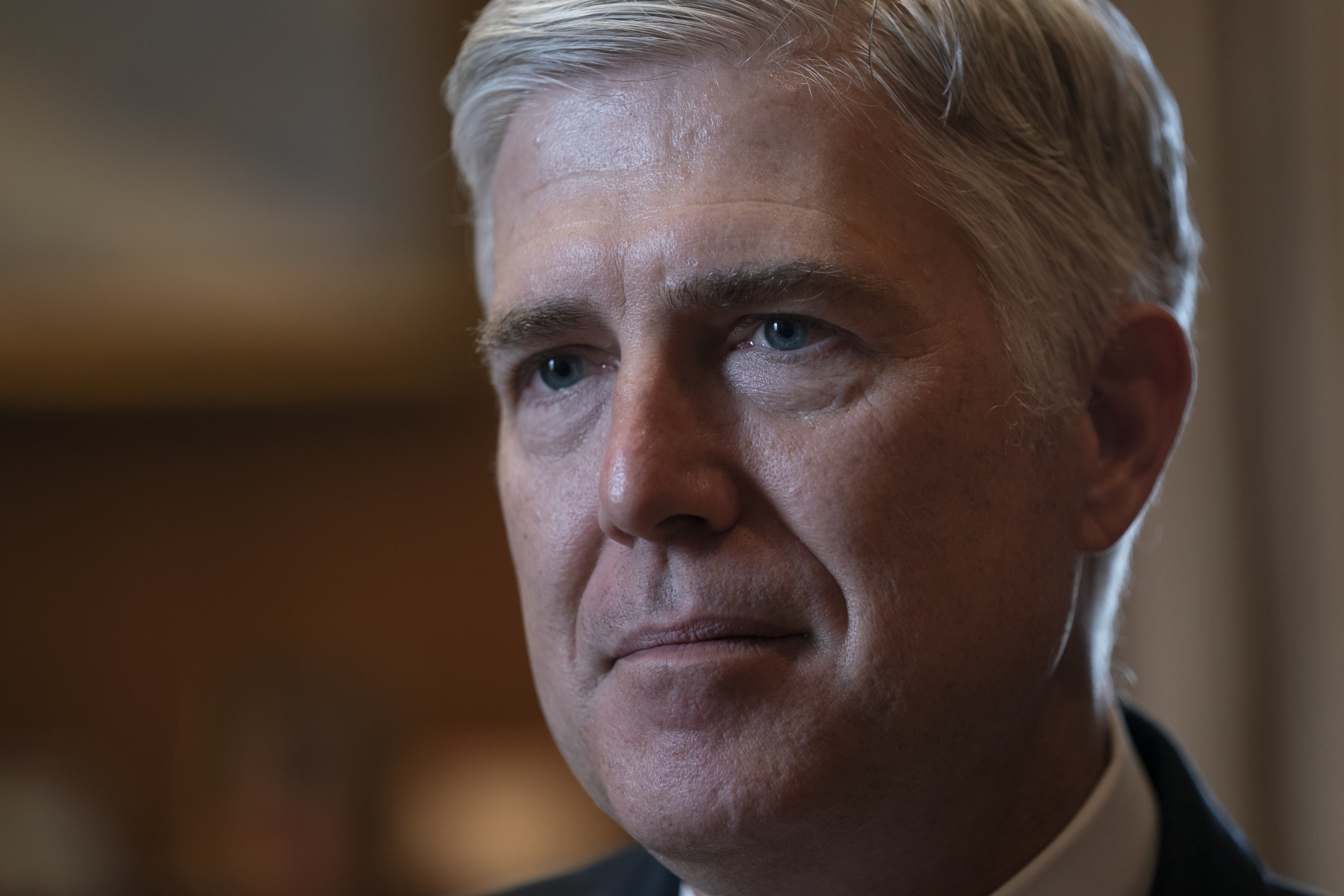