WASHINGTON — The Trump administration just slapped John Bolton with a lawsuit to try and stop his tell-all book from coming out.

The suit aims to block Bolton from publishing “The Room Where it Happened” next Tuesday, June 23, as scheduled, arguing that Bolton risks “compromising national security.”

The fresh legal drama raises the bizarre spectacle of a sitting president overseeing a civil lawsuit against his own former national security advisor, over a book that reportedly describes Trump committing a series of improper acts with the leaders of multiple foreign countries.

Now, Trump is on a legal rampage against the man he once appointed to help him make his most important national security decisions — while trying to get Bolton to keep his mouth shut about what he saw and heard at Trump’s elbow.

Trump probably won’t be able to stop Bolton, thanks to the Constitution’s strong protections on free speech. But he still seems determined to try.

The 27-page complaint accuses Bolton of violating the contract Bolton signed when he became Trump’s National Security Advisor in 2018 and gained access to vast amounts of classified information.

Bolton hasn’t allowed enough time for the White House to vet the book for government secrets, the suit claims. Bolton’s attorney has countered that the White House is dragging its feet with the review as a pretext for censoring Bolton, and has already allowed the process to drag on for months.

The lawsuit arrives the day after Trump threatened Bolton with “criminal problems” if Bolton persists. Trump insisted “every conversation” that he has, as president, is classified, so Bolton would therefore be divulging protected state secrets.

“If the book gets out, he’s broken the law,” Trump said Monday. “And I would think that he would have criminal problems. I hope so.”

The book portrays Trump’s White House as singularly obsessed with securing Trump’s reelection over all other priorities, and engaging in a wide variety of improper international deal-making with multiple foreign countries, according to the publisher’s description.

Trump was impeached by the House of Representatives in December for pressuring Ukraine to investigate his 2020 Democratic rival, former Vice President Joe Biden. Bolton’s book casts Trump’s antics with Ukraine as just the tip of the iceberg.

So far, Bolton has appeared undeterred by Trump’s threats.

Earlier on Tuesday, he tweeted out a link to a statement by the ACLU rights group, which noted that former president Richard Nixon was unable to stop the press from publishing the leaked Pentagon Papers, which described U.S. military policy in Vietnam, back in the 1970s.

Bolton boasted about his knowledge of the Ukraine situation around the time of Trump’s impeachment, and was seen as the key potential witness. But he never actually testified. Bolton spurned the Democrat-controlled House of Representatives. And while he later offered to speak to the GOP-controlled Senate but was never called by Trump’s Republican allies in the upper chamber.

Trump’s lawsuit cites media reports that Bolton was paid $2 million for the book. 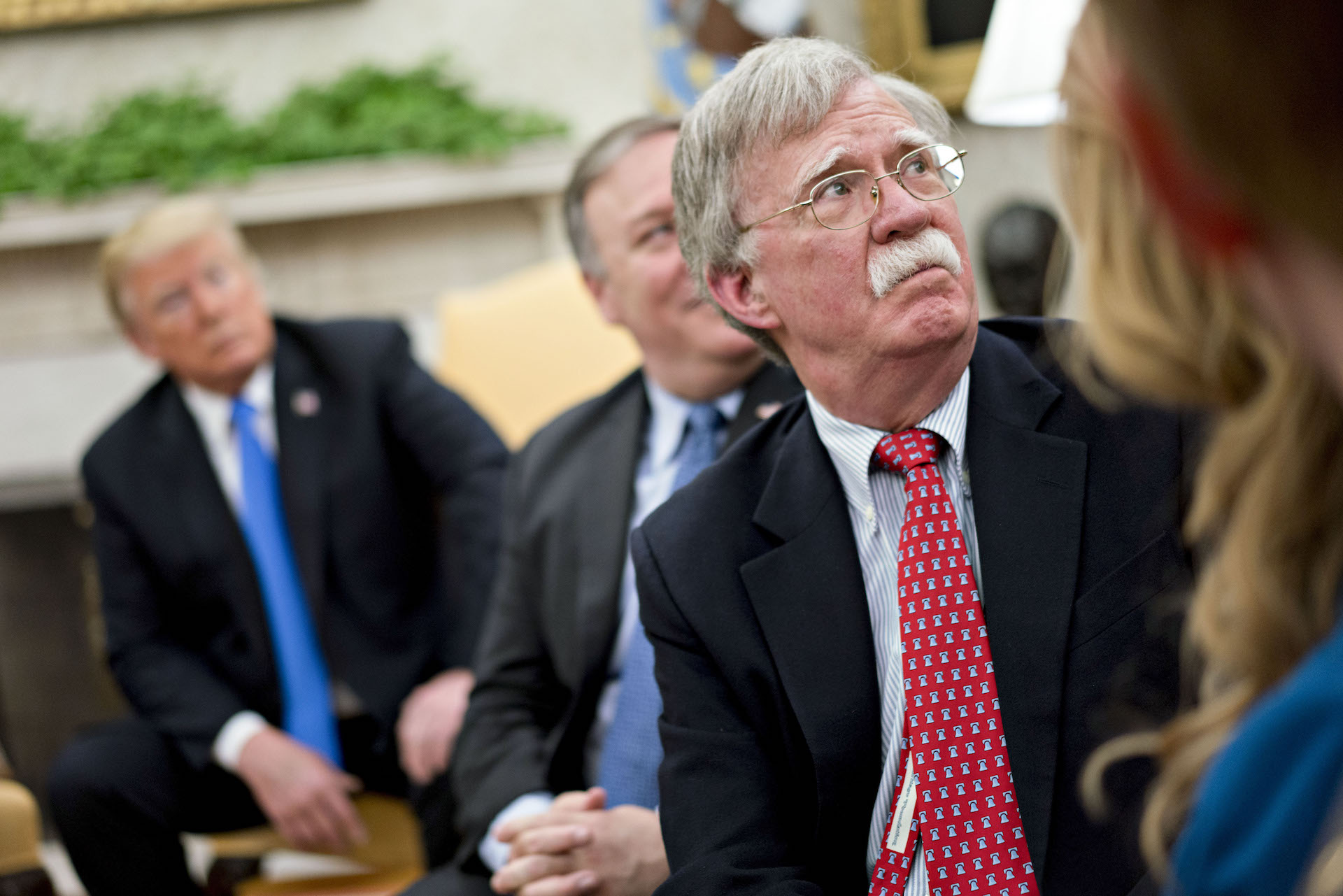