Portions of the upcoming book that were leaked to the press Wednesday include absolutely damning new details, from high-minded criticisms of Trump’s presidential conduct to schoolroom-level insults lobbed at Trump from behind his back by senior staff.

Here’s one salacious detail: Bolton claims that Secretary of State Mike Pompeo, outwardly one of Trump’s most loyal deputies, once passed Bolton a note that disparaged Trump as “so full of shit,” during his historic 2018 summit with North Korea’s Kim Jong Un, according to the New York Times.

The book casts Trump as wheeling and dealing with foreign dictators while scheming to get himself reelected in 2020. And it recounts Trump essentially confessing to holding up vital military aid to Ukraine while hoping to score an investigation of his 2020 Democratic rival Joe Biden, the core of Democrats’ impeachment case against him last winter, according to accounts published within minutes of each other on Wednesday in the Times, the Wall Street Journal and the Washington Post.

Bolton, who served as Trump’s national security adviser for 17 months, has now become the first top-ranking figure from Trump’s White House to write an entire book blasting the president’s leadership and misbehavior.


The passages revealed Wednesday suggest that Ukraine was just one instance where Trump tried to get a foreign power to interfere in U.S. politics in order to boost his own reelection prospects in 2020.

In one passage, Bolton recounts Trump begging China’s Xi Jinping to purchase American agricultural products so Trump would benefit politically. The book says Trump blurted out, right there in front of China’s leader, that he wanted to curry favor in Midwestern farm states so he could win votes.

If that could be arranged, Trump offered to keep U.S. tariffs at 10%, instead of the 25% he’d threatened, Bolton writes.

“He then, stunningly, turned the conversation to the coming U.S. presidential election, alluding to China’s economic capability to affect the ongoing campaigns, pleading with Xi to ensure he’d win,” Bolton writes. “He stressed the importance of farmers, and increased Chinese purchases of soybeans and wheat in the electoral outcome. I would print Trump’s exact words but the government’s prepublication review process has decided otherwise.”

In another passage, Trump and Xi appear to agree that the U.S. has too many elections in general, and Trump raises the prospect of serving more than two terms.

“One highlight came when Xi said he wanted to work with Trump for six more years, and Trump replied that people were saying that the two-term constitutional limit on presidents should be repealed for him. Xi said the U.S. had too many elections, because he didn’t want to switch away from Trump, who nodded approvingly,” Bolton wrote in a modified passage from the book under his own byline in the WSJ.

But Bolton, a lifelong hardcore GOP political operator who has served in Republican administrations going back to former president Ronald Reagan, also turns his fire on Democrats — for not fighting hard enough to get Trump impeached last winter.

Bolton argues that House Democrats committed “impeachment malpractice” by failing to look at Trump’s outrageous acts with other countries beyond Ukraine, and attempting to speed up their impeachment inquiry for their own political purposes. They should have also looked at Trump’s attempts to score personal points with the leaders of China and Turkey, including through his willingness to intervene in investigations into Chinese and Turkish companies, Bolton reportedly writes.

Trump also told Xi that China’s construction of concentration camps for its population of Uighur Muslims was “exactly the right thing to do,” Bolton wrote, according to an excerpt of the book printed in the Journal.

No wonder Trump is so mad at Bolton right now — and is on a legal warpath against him.

Trump is now suing to get a judge to order Bolton to stop his own book from coming out. And he wants the U.S. government to claim the book’s earnings, arguing Bolton breached a non-disclosure agreement and wouldn’t wait for an official vetting of classified material to run its course.

Trump has threatened Bolton with “criminal problems” if Bolton’s book comes out.

“If the book gets out, he’s broken the law,” Trump said Monday.

But judging from Wednesday’s revelations, it looks like that train has left the station. Copies of Bolton’s book have already been printed and shipped to warehouses, and the book is due to come out this Tuesday, June 23. Bolton hardly looks like he’s about to turn around and try to shut the whole thing down now.

Bolton boasted about his knowledge of the Ukraine situation around the time of Trump’s impeachment, and he was seen as the key potential witness. But he never actually testified. Bolton spurned the Democrat-controlled House of Representatives. And while he later offered to speak to the GOP-controlled Senate, he was never called by Trump’s Republican allies in the upper chamber.

Democrats have repeatedly blasted Bolton for declining to speak up about all these matters during Trump’s impeachment, which was defeated in the Senate.

Norm Eisen, who served as counsel for Democrats on the House Judiciary Committee during the impeachment proceedings, reacted to Bolton’s revelations Wednesday by saying that Bolton’s refusal to speak up at the time of impeachment made Bolton part of the problem.

“This is not just on Trump,” Eisen wrote. “It is on Bolton for not coming forward when it mattered.” 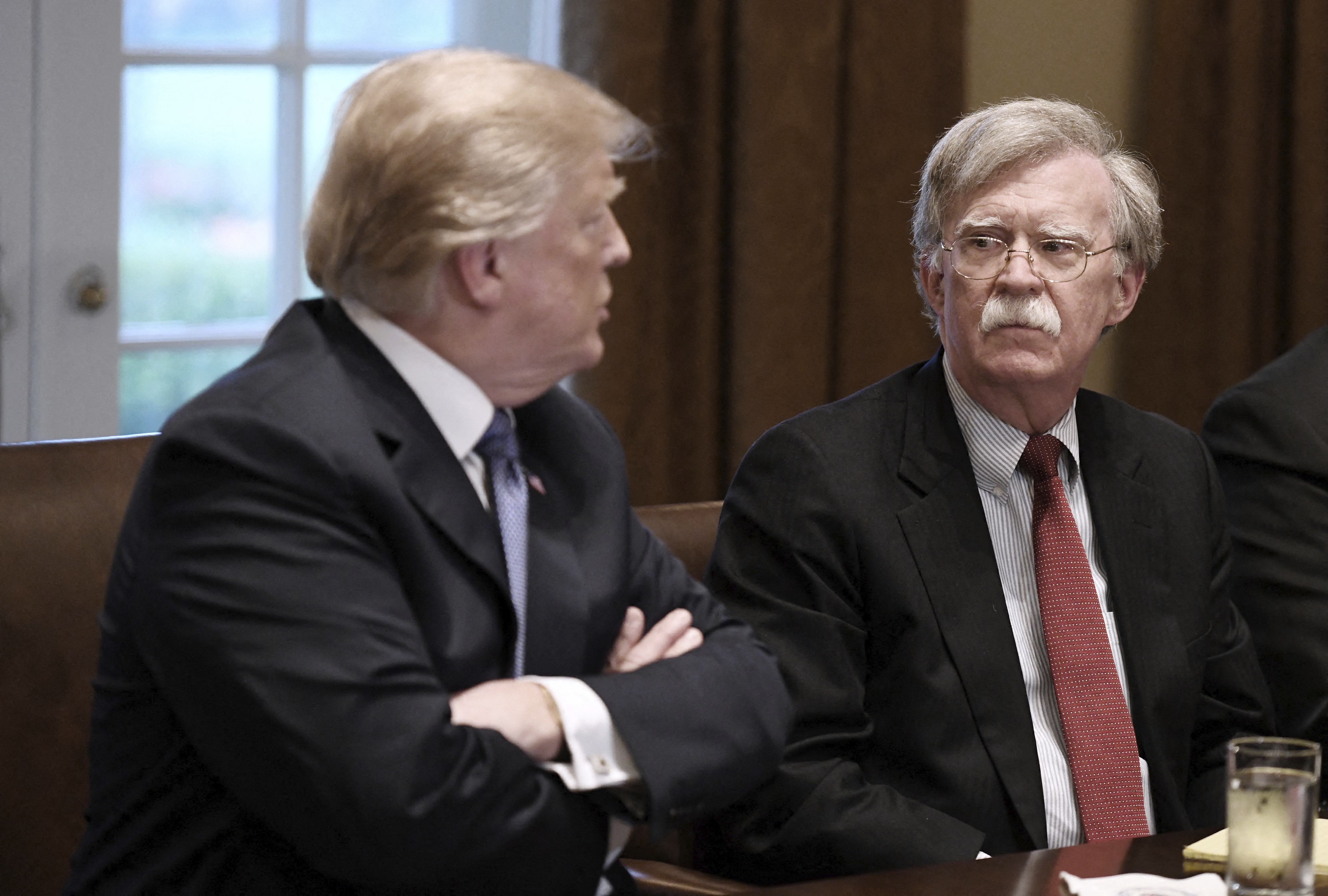