The ad warned that “Dangerous MOBS of far-left groups are running through our streets and causing absolute mayhem.” But it was the symbol accompanying the message that Facebook said crossed the line: an upside-down triangle that the Anti-Defamation League says was used by Nazis to label their political prisoners.

“We removed these posts and ads for violating our policy against organized hate. Our policy prohibits using a banned hate group’s symbol to identify political prisoners without the context that condemns or discusses the symbol,” Andy Stone, a Facebook spokesperson, told VICE News in a statement on Thursday.

The move marks the latest escalation in Trump’s war with the social media giants, following Twitter’s decision to fact-check Trump’s tweets and Trump’s efforts to repeal legal protections the companies enjoy from lawsuits.

The Trump team claimed that the triangle is a symbol used by Antifa, the far-left group that Trump has blamed for violence amid the protests over police brutality, although that assertion left many observers scratching their heads. The Anti-Defamation League says it was used by Nazis to identify Communists and other political opponents — and that using the image in campaign material to go after political opponents is outrageous.

The Trump campaign pushed back and insisted that the upside-down triangle is an Antifa logo.

“The inverted red triangle is a symbol used by Antifa, so it was included in an ad about Antifa,” Trump campaign spokesman Tim Murtaug told Axios. “We would note that Facebook still has an inverted red triangle emoji in use, which looks exactly the same, so it’s curious that they would target only this ad.”

Cover: Prisoner’s shirt with a pink triangle denoting the prisoner as “homosexual” on display as part of the “Auschwitz – Not long ago. Not far away” exhibition at the Museum of Jewish Heritage – A Living Memorial to the Holocaust, in New York, NY, July 30, 2019. (Photo by Anthony Behar/Sipa USA)(Sipa via AP Images) 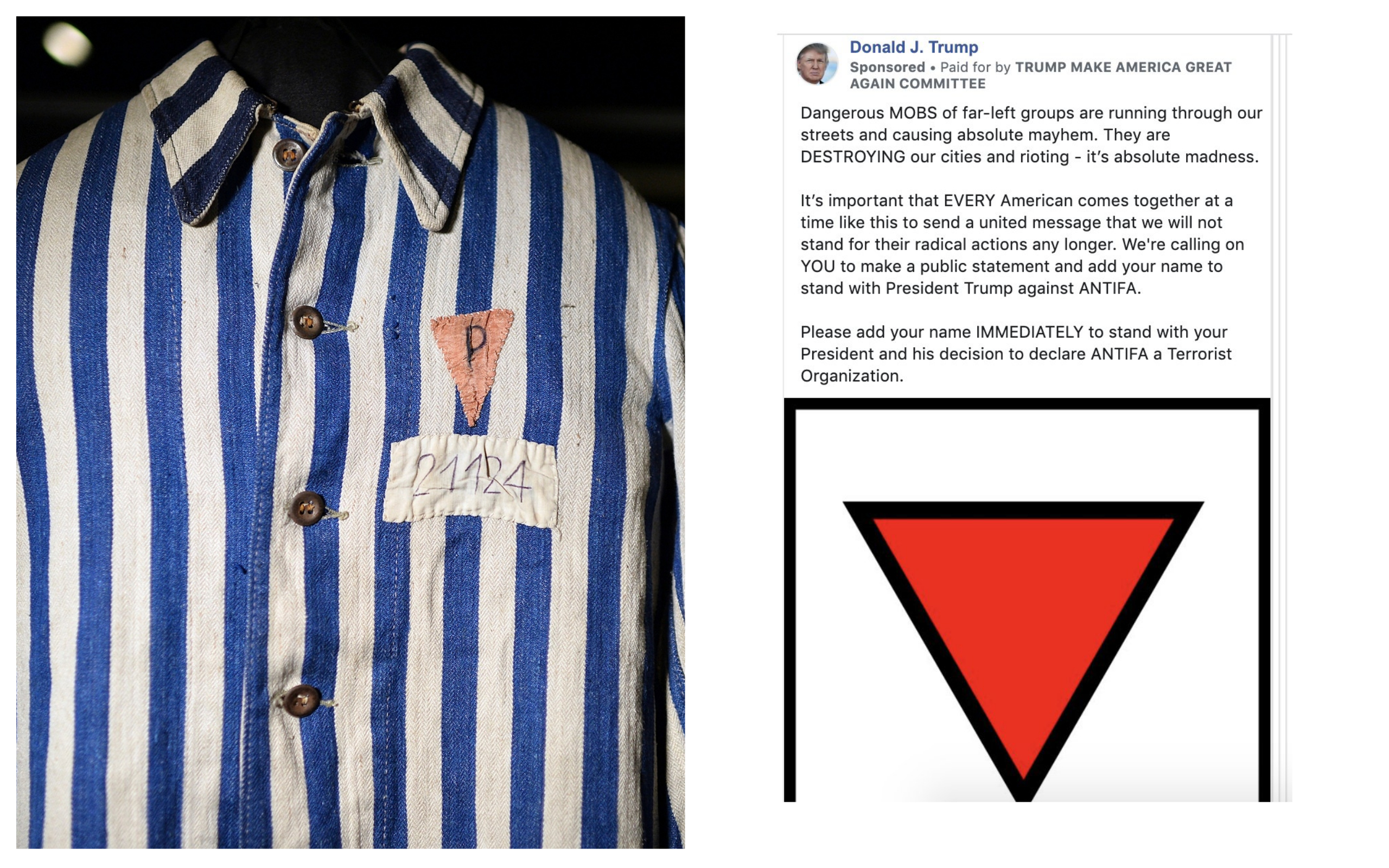