New York City’s Manhattan Island is 24 square miles divided into numerous spaces with neighborhoods and districts, each featuring different vibes. The Times Square neighborhood, situated in midtown Manhattan, is a significant tourist destination, commercial intersection, and a fantastic entertainment center. The LUMA Hotel Times Square, located in this neighborhood, serves as an excellent base for exploring the city. Savor incredible Basque cuisine created by Chef Jose Garces, a James Beard award winner and Iron Chef, at the hotel’s restaurant, Ortzi. Walk down the street to catch a Broadway play or shop to your heart’s content in this bustling neighborhood.

According to most New Yorkers, the Times Square Neighborhood stretches between West 40th Street to West 53rd Street and between 6th and 8th Avenues. Although famous Times Square is a smaller rectangle within this area, located within the junction of Broadway and 7th Avenue and stretching from West 42nd to West 47th Streets, the entire neighborhood is walkable.

People-watching in Times Square New York is an activity in itself. Keep a lookout for people dressed up as the Statue of Liberty, super-heroes, Elmo, Minnie Mouse, and the naked cowboy clothed in nothing but his tighty-whities. These street performers pepper the neighborhood and rely on tips for their livelihood. Try out a famous New York pretzel, gyro, or “dirty water dog” from one of the many street vendors.

The neighborhood offers additional entertainment activities, including Madame Tussauds’ world-famous wax museum, Ripley’s Believe It or Not, the OMEscape at Times Square, the National Geographic Ocean Odyssey, and so much more. Catch a taping of the Tonight Show or visit Bryant Park, an oasis of green in downtown Manhattan situated one block from the Square. 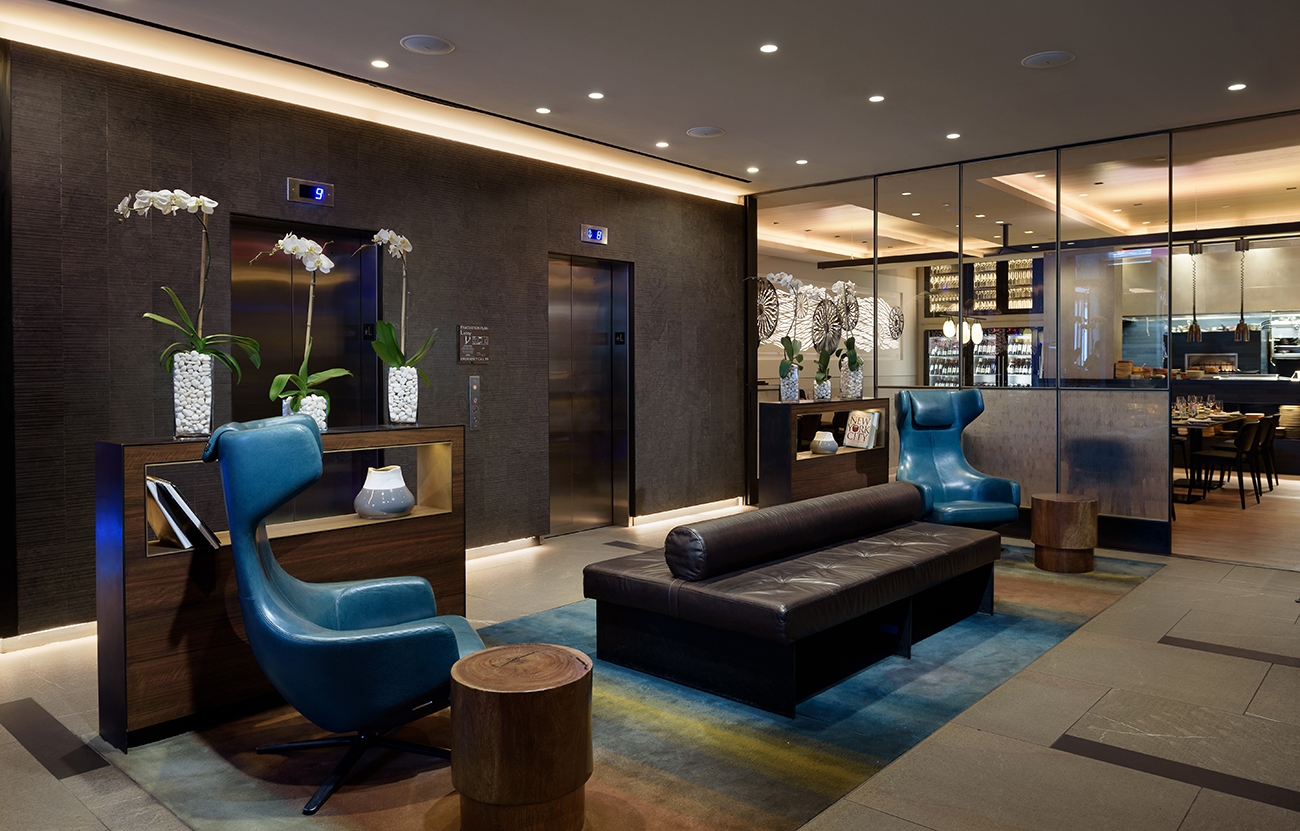 LUMA Hotel Times Square lies in the heart of the city on West 41st Street only a short distance from the neon lights. At 11:57 p.m. each night, visitors to the Square can witness three seconds of synchronized imagery on the huge billboards. Many rooms at the hotel offer views of the world-renowned Times Square Ball, the one lowered each New Year’s Eve. The rooms are decorated in a contemporary style and feature 7’ x 7’ windows, dramatic art and luxury Italian Frette bed linens and bathrobes. Electronically controlled sheer and blackout shades allow guests to sleep in complete darkness or enjoy the brilliant city lights. Each room boasts a Nespresso machine for morning coffee, and guests can enjoy a complimentary glass of sangria each afternoon in the lobby bar downstairs at Ortzi. 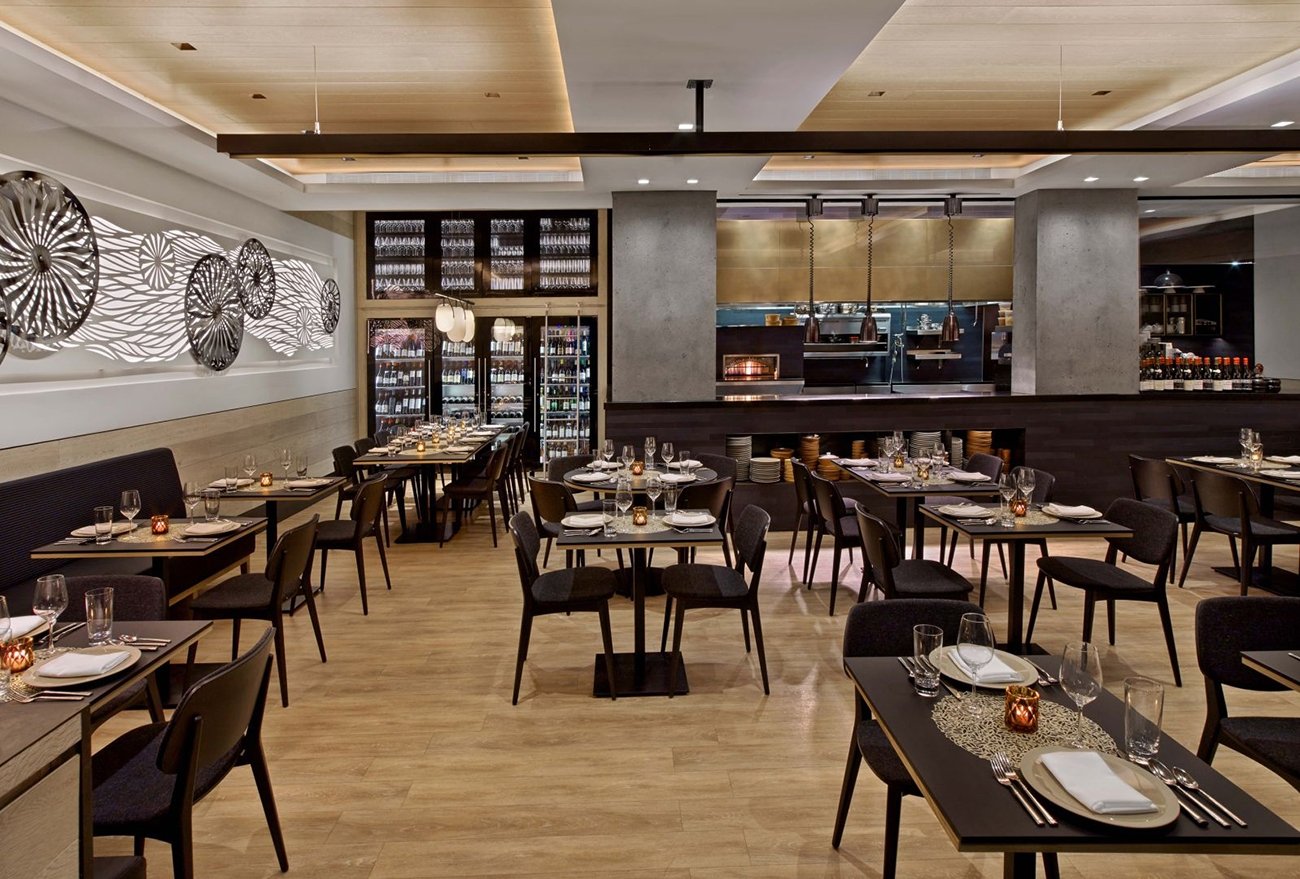 Chef Jose Garces showcases Basque cuisine, well-crafted cocktails, and an intentionally selected wine and beer list at Ortzi. The charcuterie board is a fabulous way to begin dinner if you have a group of four or more as it is plentiful and tasty. The pulpa, roasted Spanish octopus with chive rémoulade, fennel pollen, and fingerling potatoes confit in oil and lemon zest, is a standout dish. The diver scallops with white quinoa, chorizo, asparagus, cashews, and brown butter espuma (foam) are tender and delicious. Finish dinner with a tasty dessert or one of the decadent sherries or dessert wines available at Ortzi. 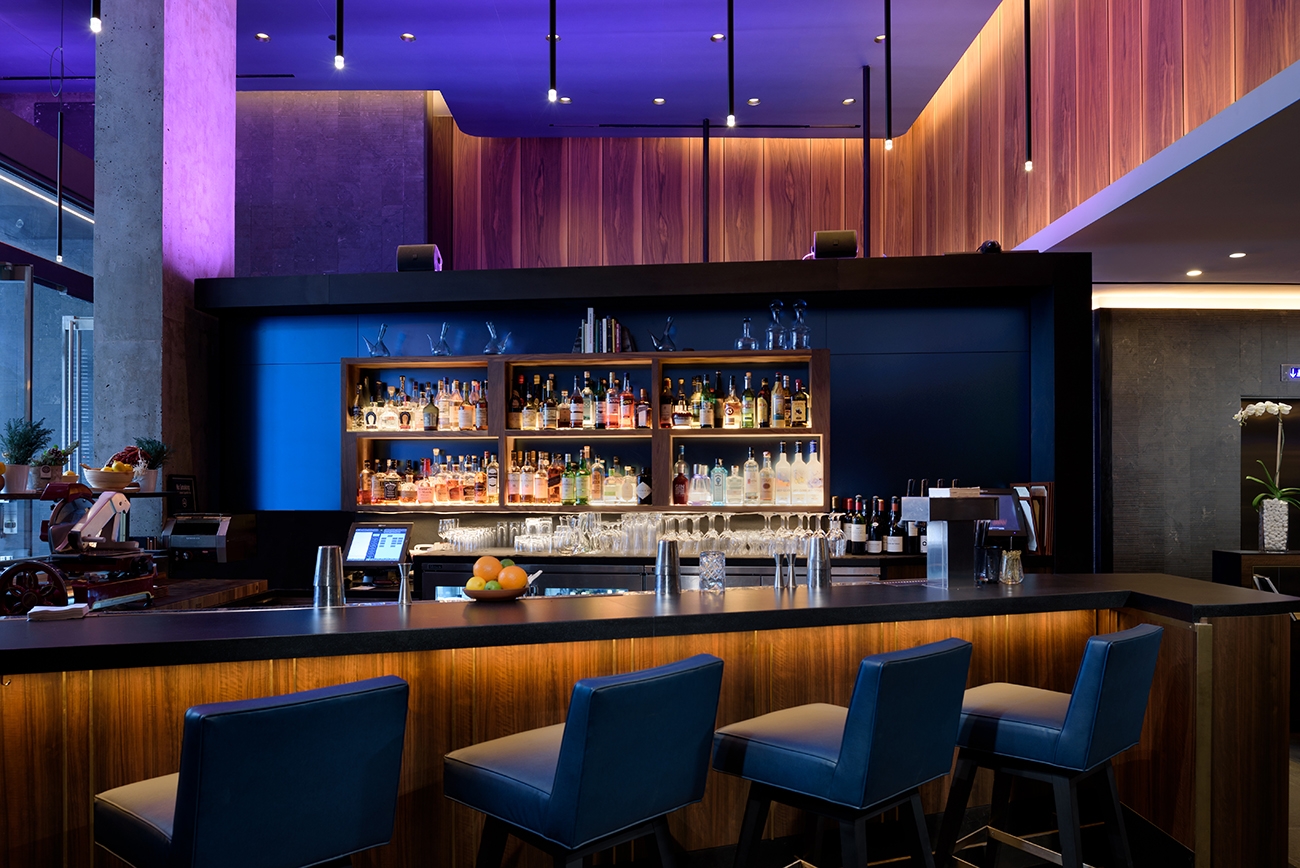 It is very “New York” to indulge in dinner and a play. Book tickets to a Broadway show early if you want a specific play or seat, but if you are feeling spontaneous, walk the neighborhood and pick up last-minute tickets at any one of the numerous theater box offices in the area. Down the street from the LUMA Hotel Times Square is the Nederlander Theater.

During my visit, “Pretty Woman” was playing at the Nederlander. Since this is one of my all-time favorite movies, my friend Gina and I picked up tickets for a Tuesday night showing. The play was fantastic. The creators took all the best parts and put them to music, turning the movie into a musical. Although this was not one of the top shows, there were some fantastic voices. I particularly loved the street guy who also played the hotel manager that helped Vivian. The actress playing Kit DeLuca could belt it out, and the one playing Vivian, or Julia Roberts, in the movie had a smile like Julia accompanied by a beautiful voice. The supporting actors and actresses were incredible, and the two that sang opera were terrific. They did a magnificent job, and they used all the memorable scenes from the movie.

Walking is the best way to see the city, but a ride on the Hop-on Hop-off Big Bus New York reveals an in-depth blueprint of the town. Before your trip, check out NYC The Official Guide, order tickets for the Big Bus, and purchase a New York CityPASS that provides excellent discounts on New York attractions.

The neighborhoods in New York City are vast, and each one showcases a different personality. Plan a trip to visit the Times Square Neighborhood as it is an exciting place to begin your next New York City adventure.