Trump tweeted Friday morning that his administration would be “submitting enhanced papers shortly in order to properly fulfil [sic] the Supreme Court’s ruling & request of yesterday” regarding the Deferred Action for Childhood Arrivals program.

The DACA program began in 2012 under former President Barack Obama, and allowed undocumented people who came to the United States as children to remain in the country and obtain work permits, protecting some 700,000 undocumented people from deportation.

In 2017, the Trump administration announced it would phase out the program, and as Congress didn’t move to codify its protections into law, the program ended in 2018. But on Thursday, the Supreme Court ruled in a 5-4 decision authored by Chief Justice John Roberts that the Department of Homeland Security didn’t “provide a reasoned explanation” for why it was ending the program.

“Here the agency failed to consider the conspicuous issues of whether to retain forbearance and what if anything to do about the hardship to DACA recipients,” Roberts wrote. “That dual failure raises doubts about whether the agency appreciated the scope of its discretion or exercised that discretion in a reasonable manner. The appropriate recourse is therefore to remand to [Department of Homeland Security] so that it may consider the problem anew.”

Ending DACA is just one part of Trump’s hardline anti-immigration policies that were the centerpiece of his 2016 campaign and have now included ramping up immigration enforcement, ending temporary protected status for vulnerable people native to countries in turmoil, and family separation.

Democratic presidential nominee and former Vice President Joe Biden said on Thursday that if he’s elected, he would seek congressional authorization to make DACA’s protections permanent on the first day of his presidency. (Recent polling has indicated that Biden has a wide lead nationally.)

“Here’s my promise to you: On day one, I’ll send a bill to Congress that creates a clear roadmap to citizenship for Dreamers and 11 million undocumented people who are already strengthening our nation,” Biden said in a tweet. “It’s long overdue.” 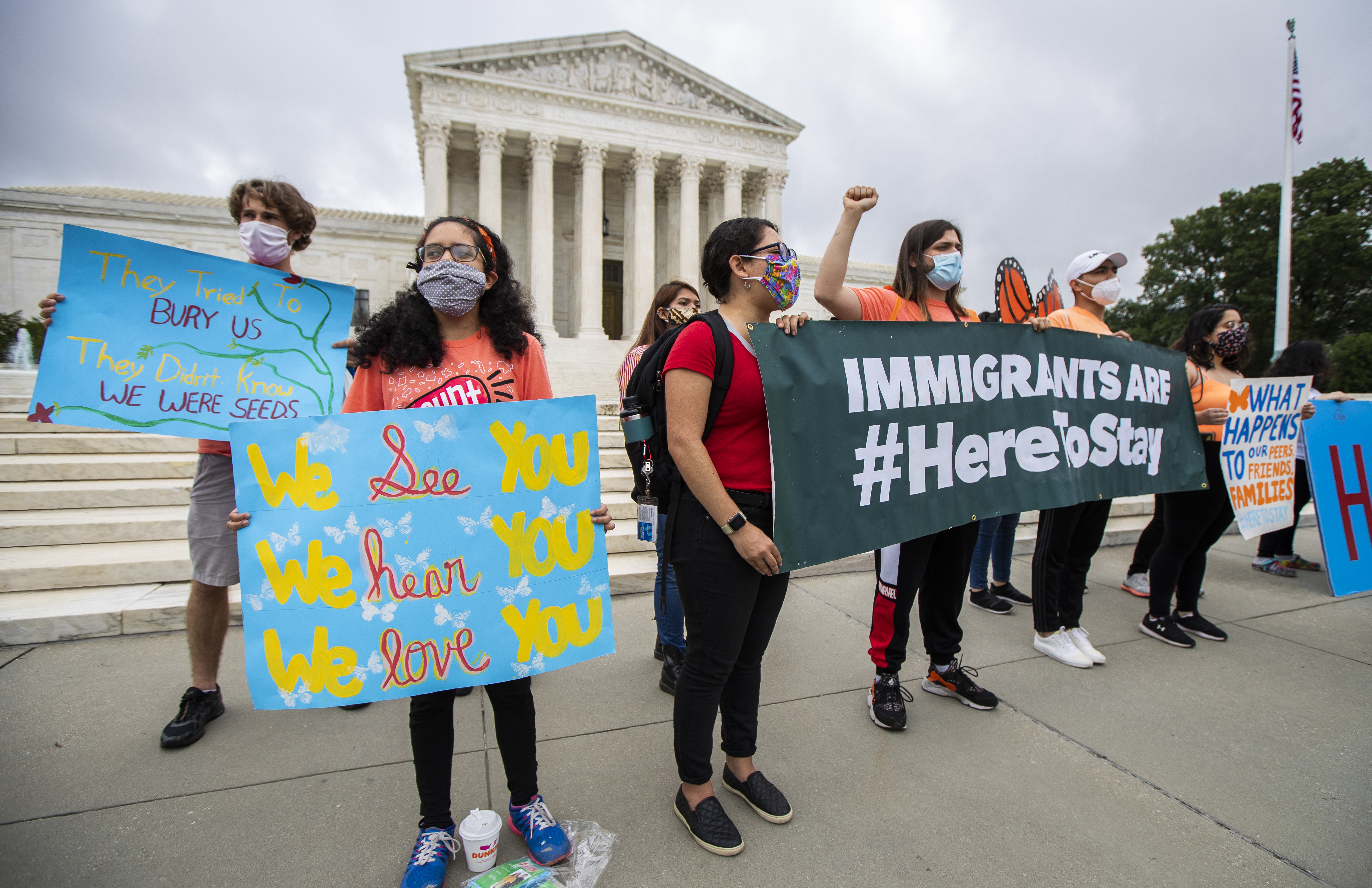 There’s Another Video of the Killing of Ahmaud Arbery, Attorneys Say