SANA’A, Yemen — When Rammah al-Misraa, a nursing student in Sana’a, contracted cholera last year while treating patients, he thought he’d seen his country’s darkest hour. But since then, the 27-year-old has been drafted to join the few hundred doctors and nurses tasked with Yemen’s next crisis — a deadly outbreak of COVID-19.

The WHO estimates that at least half of the country could be infected with the coronavirus, a crushing blow to the its’ already-depleted healthcare system. At least half of the hospitals there are not fully functional, with less than 1,000 ventilators and ICU beds across the country, according to the WHO.

Yemen is also in the midst of a six year civil war that’s killed more than 100,000 people and pushed millions to the brink of starvation.

In 2014, the Houthis rebel militia movement backed by Iran capitalized on a weakened government and took over major cities in the north. Fearing creeping Iranian influence in the Arabian Gulf, Saudi Arabia formed a coalition of other countries in the region and waged a brutal campaign against the rebels.

A Saudi air strike in Faj Attan that killed more than 25 people near Rammah’s home. But that has not deterred him from staying on the frontline against the virus in the north of the country.

“Even if the disease strikes in my house, I have to get out and face this disease and stand by by my people,” Rammah told VICE News, “It is a duty and an obligation.” 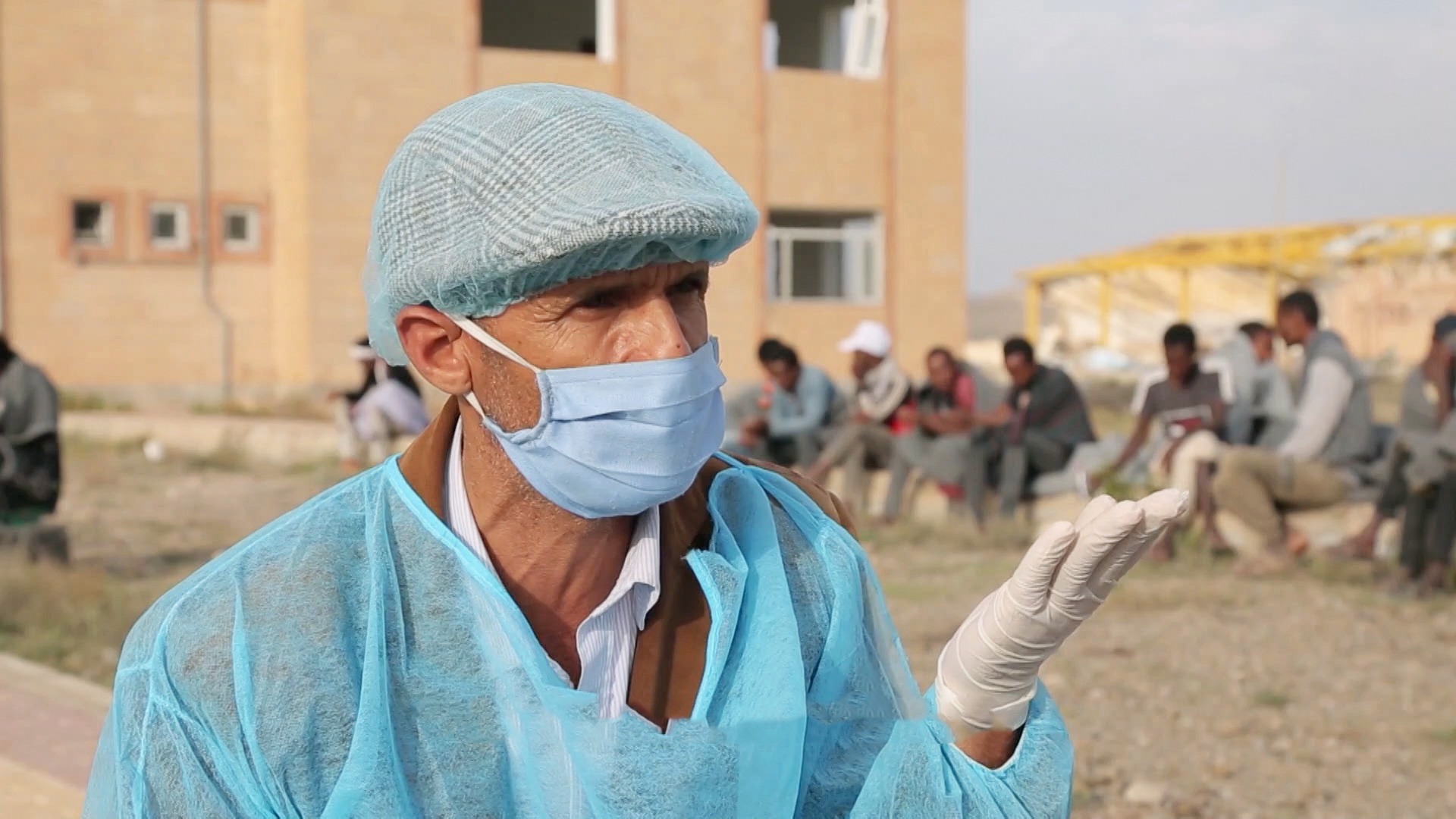